South Korea's Culture, Sports and Tourism Minister Do Jong Hwan said he is considering ways to have some ski events at the 2018 Pyeongchang Winter Olympic Games co-hosted by North Korea, a Seoul daily reported on Wednesday.

"As North Korea says its Masikryong ski resort is top class, I will look into ways (to hold some of the ski events there) through discussion with Jang Woong, North Korea's delegate to the International Olympic Committee," Do said during a visit to Pyeongchang on Tuesday, according to the JoongAng Ilbo.

The minister's remarks apparently reflect the hopes of the country's new liberal president, Moon Jae In, to engage the reclusive North through sports, a field in which its leader Kim Jong Un actively promotes exchanges with foreign countries.

Do plans to discuss the matter with Jang and IOC President Thomas Bach, both of whom are scheduled to visit South Korea later this month to attend the closing ceremony of an international Taekwondo competition.

North Korea has decided to send its demonstration team to the World Taekwondo Championships, which will be held for three days from Saturday in Muju, North Jeolla Province.

Do also said consideration is being given to the idea of taking the Olympic torch relay through North Korean cities like Kaesong or Pyongyang, the daily said.

Also being considered are whether a unified female ice hockey team could be formed between the two Koreas or if North Korea's cheerleading squad could attend the winter games, set to be held Feb. 9-25 in South Korea's northeastern region, the daily reported.

As for the idea of forming a unified female ice hockey team, Do said talks should be held with the IOC because North Korean athletes have not yet qualified for the winter games.

Meanwhile, Yonhap News Agency quoted the minister as saying during the visit that North Korea's participation in the games would help make the 2018 Pyeongchang event a "Peace Olympics," a term used by Moon during his election campaign.

"Hopefully, we'll be able to thaw lingering tensions as we try to bring North Korea on board," he said. 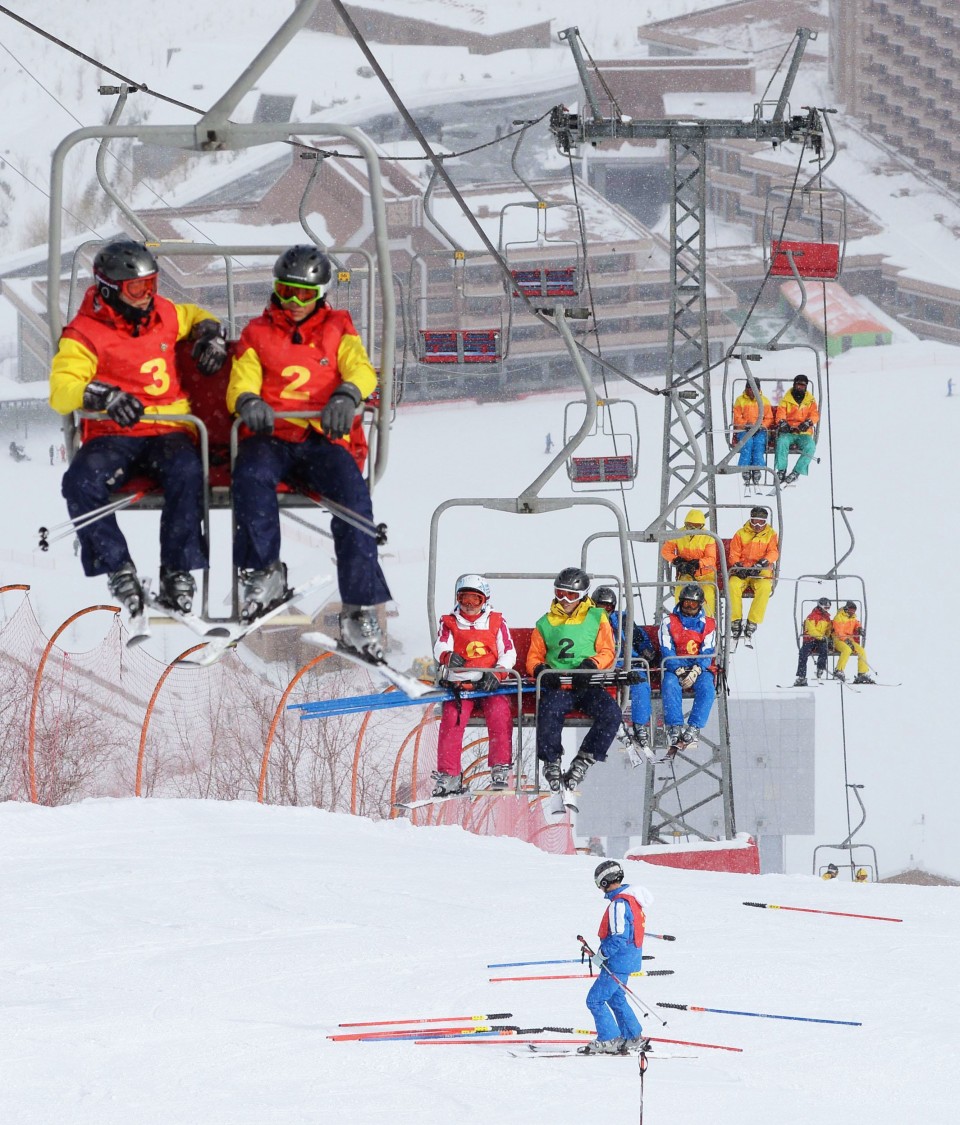