Ginza Six, the newly opened shopping complex in Tokyo's fashion hub, offers a smorgasbord -- everything from the luxury of high-end boutiques to fancy boxes of chocolate.

But the shopping experience is also steeped in tradition, culture, art and hospitality; a place where new meets old. Even so, hurdles exist to attract foreign tourists and customers more inclined to do their shopping online.

The 13-storied complex has opened at the former site of the Matsuzakaya department store, with 241 shops and restaurants, including flagship outlets for international brands like Celine and Dior. It has a total store floor space of around 47,000 square meters, the largest in the area. A Noh theater is located on a basement floor.

"(Ginza Six) is very innovative and an interesting combination of 'modern meets tradition'," said one woman from the United States who came for a visit. 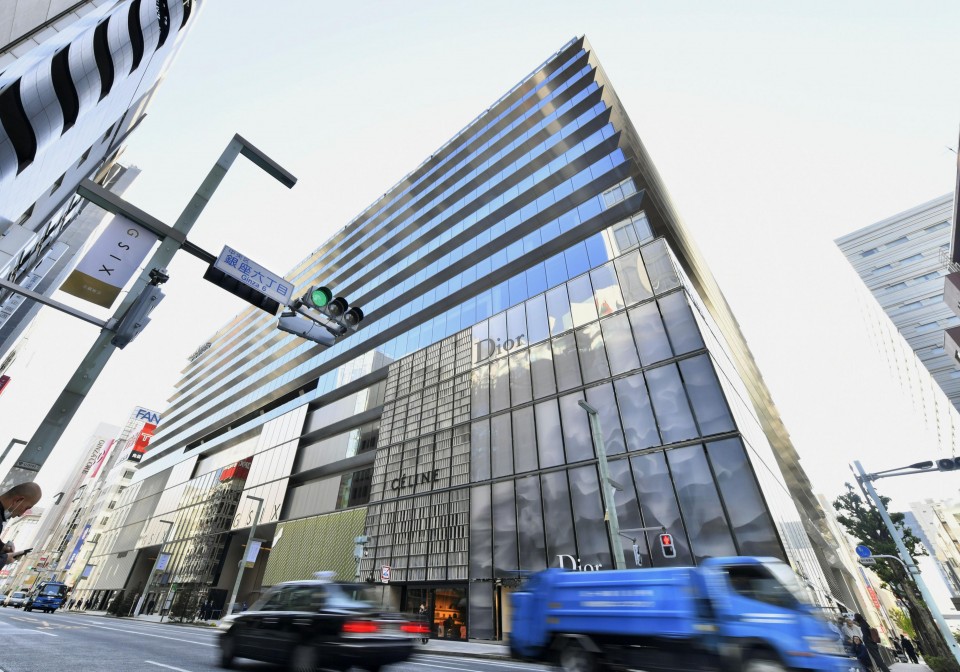 The architecture of Ginza Six was inspired by the traditional Japanese "noren" entrance curtains, with six major global brands located at the front of the luxury mall to lead visitors to the ever-shifting fashion trends.

The interior, meanwhile, offers a sense of serenity with a Japanese touch, using soft lighting and a beige and wood natural tone, creating a warm atmosphere.

Gwenael Nicolas, the interior designer of Ginza Six, said instead of a department store, he wanted to create a mecca to discover Ginza and the culture of Tokyo.

"Ginza has always been a place where different cultures connect together," Nicolas said, referring back to people who used to wear kimonos while donning hats in the area long ago. This juxtaposition is at the heart of Ginza Six, he said.

"They don't mix but they connect, so my job was to create an interface between Japanese culture and many things coming worldwide." 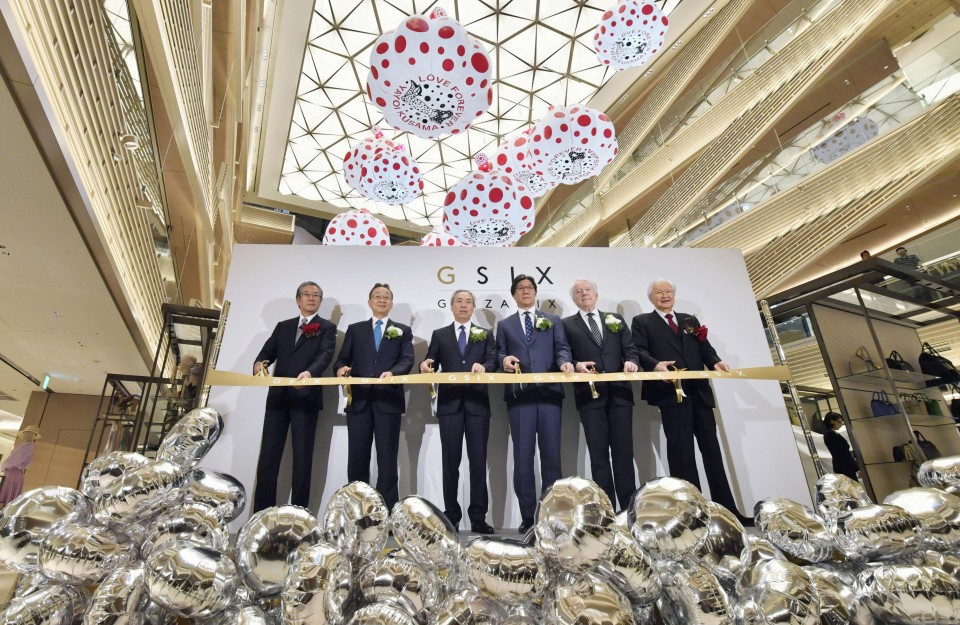 Ginza Six is not only about luxury shopping but the unique contemporary art exhibited throughout the venue.

Humongous red polka dot mushrooms created by influential Avant-garde artist Yayoi Kusama hang from the ceiling in the style of an art museum. There is a digital waterfall displayed on a wall, and various scenes of nature.

The rooftop has a garden and a fountain while also providing a panoramic view of such landmarks as Tokyo Tower and Tokyo Skytree.

Fumio Nanjo, head of the Mori Art Museum that directed the art exhibition of Ginza Six, said he wanted to present a new aspect of Japanese culture, instead of just highlighting old traditions.

"We are in an era where we cannot just merely provide products. We need to also provide experiences and a one-and-only uniqueness to customers. That is one of Ginza Six's roles," Nanjo said.

To accommodate foreign tourists, the new complex also has a terminal for tourist buses which has been built within its premises and a tourist counter for currency exchange and duty exemption services is set up on the ground floor.

Ginza Six is seen as a new venue that could attract visitors worldwide as Japan prepares to host the 2020 Tokyo Olympics and Paralympics.

The Japanese government is aiming to increase the number of foreign visitors to Japan, which hit a record 24 million in 2016, to 40 million in 2020 when Tokyo hosts the games and raise that number to 60 million by 2030.

The opening of Ginza Six, however, comes at a time when foreign tourists are tightening their wallets at the main urban malls in Japan. The rapidly expanding e-commerce business has also kept customers from going shopping, dealing a blow to retailers.

Kanoko Iwahara, manager at the sales promotion department of Ginza Six Retail Management Corp. that operates the complex, believes the luxury mall is likely to become an icon of Ginza that could further attract people to Tokyo from around the world.

The operator has set a target of 60 billion yen (about $550 million) in sales on 20 million projected visitors annually.

"We expect the number of foreign visitors to grow with the Olympics coming up," Iwahara said, adding that 60 to 70 percent of the visitors come to Ginza when visiting Tokyo.

While shoppers are spending less, they are also more selective, Iwahara said. All the more reason for Ginza Six to be a place not only for shopping but for experiencing new aspects of Japan.

Ginza Six said it offers customers something they would never get through online shopping.

"We are aiming to provide top class service, products and arts...quality is what is important to us and we hope that Ginza Six will appeal to a new layer of customers overseas," she said. 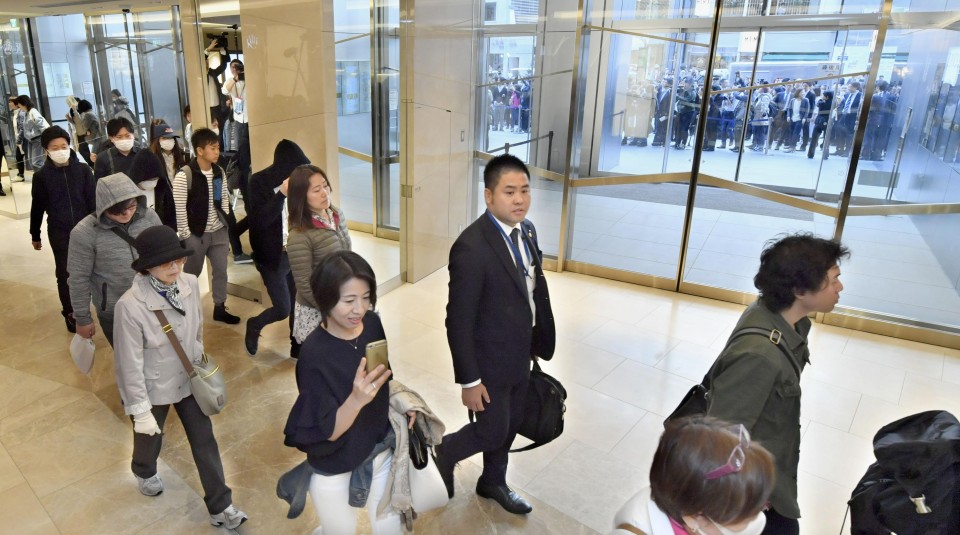