World Rugby Chairman Bill Beaumont complimented Japan on Sunday, saying the "wonderful, humble and history-making" Rugby World Cup 2019 hosts succeeded in putting together the greatest showpiece event in the history of the sport.

A day after Asia's first World Cup closed with South Africa crowned champions, World Rugby and the Japan Rugby 2019 organizing committee reflected on the best moments from the tournament, saying RWC 2019 was about much more than sporting glory. 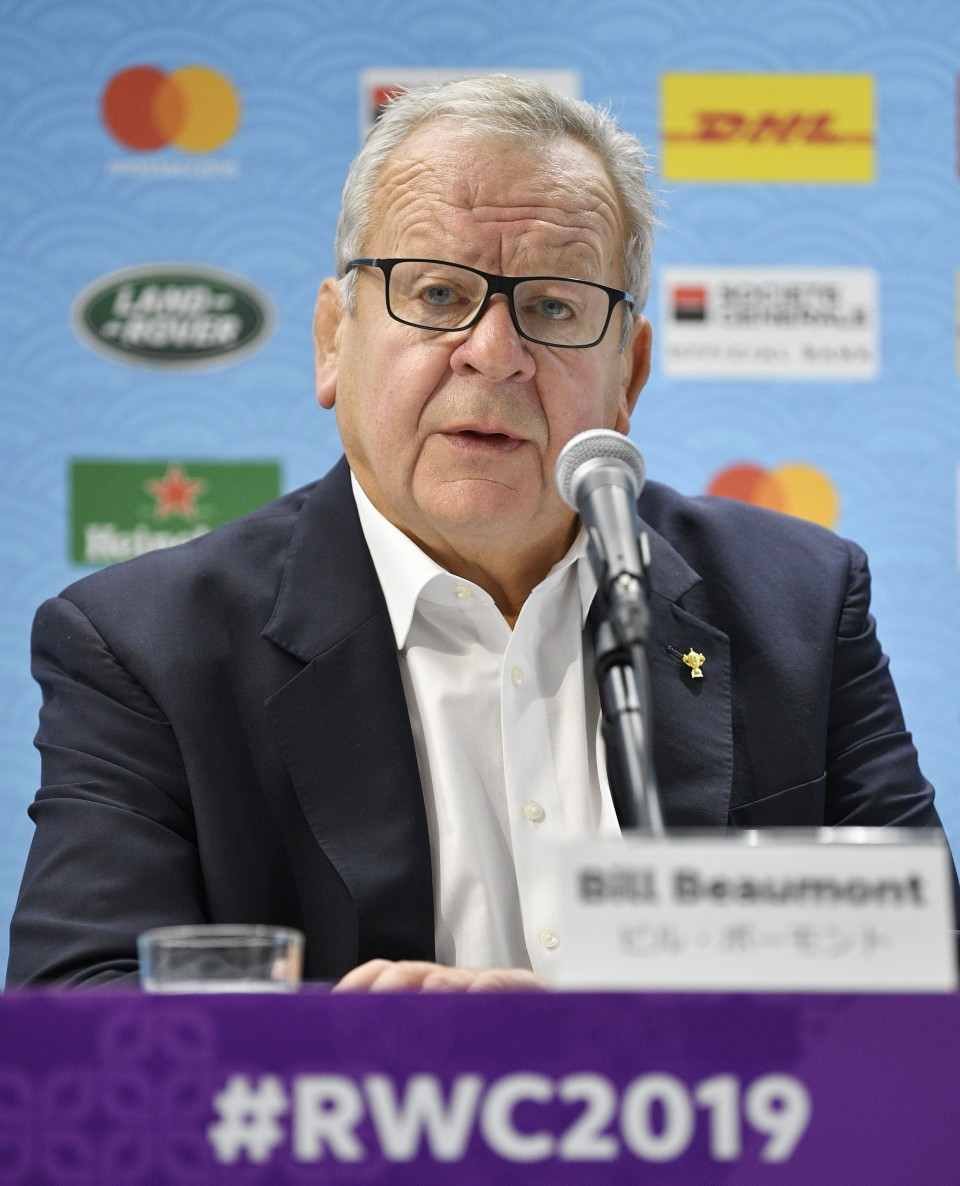 "Rugby World Cup 2019 has been one of the greatest, if not the greatest of all time, and certainly the most ground-breaking in terms of bringing the game to new audiences and attracting new fans to the sport we love," Beaumont said in a press conference in Tokyo.

"While South Africa will rightly take home the Webb Ellis Cup following their outstanding victory, the amazing performances of the Brave Blossoms undoubtedly brought some of the most memorable moments of the tournament."

Japan, led by head coach Jamie Joseph, were beaten by South Africa 26-3 after reaching their first Rugby World Cup quarterfinal. They topped Pool A with four wins out of four over Russia, Ireland, Samoa and Scotland.

Beaumont praised the hosts for the way they handled difficult circumstances, referring to the time when the tournament schedule was disrupted by a storm. Three games were canceled on the weekend of Oct. 12-13 because of Typhoon Hagibis.

"Finally, I would like to thank all 20 teams, the players, match officials, host cities and the amazing 'No Side' volunteers who all played their full part in ensuring Rugby World Cup 2019 will live long in the memory. Japan 2019 has broken records galore and has changed the face of rugby forever."

Fujio Mitarai, president of the local organizing committee, added, "The rugby wave that swallowed Japan was something we did not expect when we were awarded the hosting rights 10 years ago."

"This is the result of a team effort accomplished by Japan as a whole," he said.

According to organizers of the Sept. 20-Nov. 2 tournament, 99.3 percent (1.84 million tickets) of all tickets were sold, with the final between England and South Africa at International Stadium Yokohama (Nissan Stadium) seeing a record attendance of 70,103 for the venue.