With four months to go until the World Cup, Kamaishi revealed Friday the progress it has made in constructing temporary stands at the northeastern Japan city's new rugby stadium.

The Kamaishi Recovery Memorial Stadium has a permanent seating capacity of 6,000, but temporary stands are being added to enable approximately 10,000 additional fans to attend the two matches scheduled in the city devastated by the earthquake-tsunami disaster in 2011.

It is the only newly constructed stadium among the World Cup's 12 match venues. 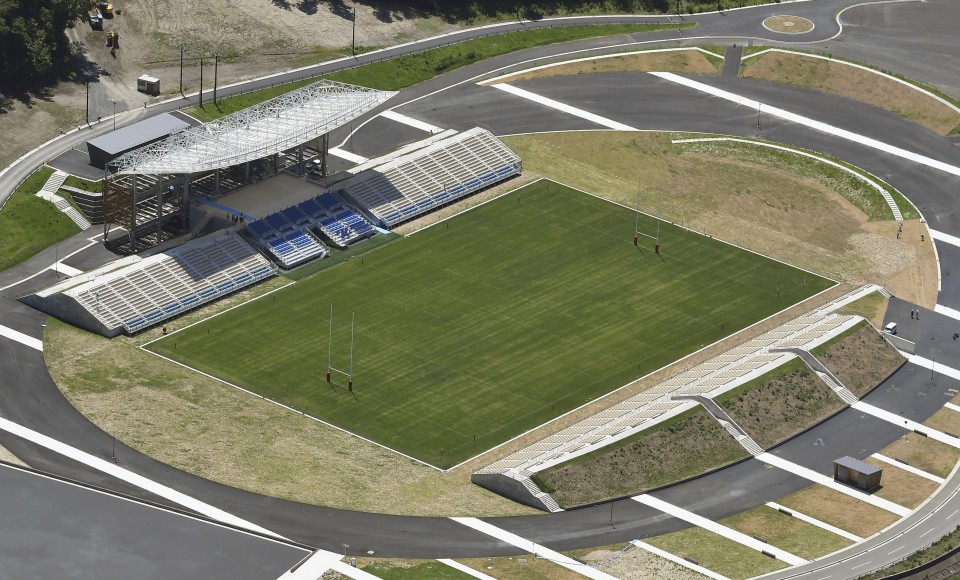 Workers on Friday operated two cranes in constructing the seating structures, with work scheduled to be finished at the end of June. The stadium opened last summer.

Kamaishi, a city of approximately 35,000 residents, hopes to use the World Cup to showcase its recovery from the earthquake and tsunami disaster.

The venue is constructed on land formerly occupied by an elementary school and a junior high school, both of which were destroyed by the tsunami.

It will host two group-stage matches -- Fiji vs Uruguay on Sept. 25 and Namibia vs Canada on Oct. 13. The Sept. 20-Nov. 2 World Cup will involve 20 teams playing across 12 cities stretching from Japan's northern main island of Hokkaido to Kyushu in the southwest.