For Rugby World Cup visitors looking to buy souvenirs that represent the city of Toyota, there are two good options: one a tasty instagrammable treat and the other a traditional seasoning which can impress travelers with even the most refined taste buds.

As the name implies, Toyota is the home of Toyota Motor Corp, the world's second-largest automaker. But only a few minutes walk from the company's head office, visitors can find a Japanese confectionary shop that offers "monaka" in the shape of Toyota Crown sedan. 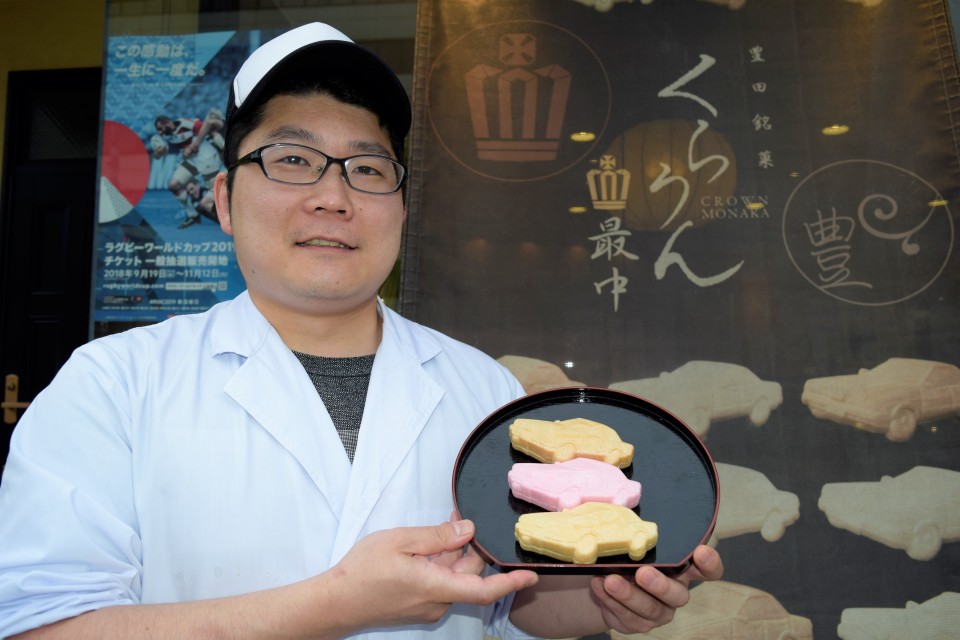 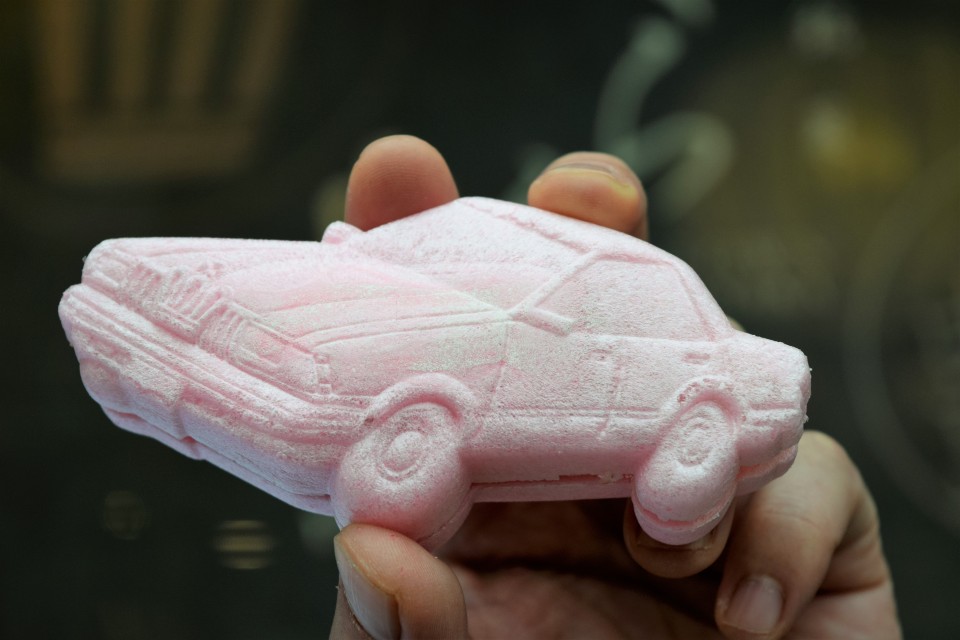 With sweet bean paste sandwiched between thinly baked crispy rice cakes, the Crown Monaka is handmade in the Tsutaya sweet shop. The store, established in 1948, offers bean paste flavor as well as two additional varieties -- green tea and peach, a specialty of the city.

"Even Toyota Motors' workers take them to offer as gifts," said Kenji Kojima, the 35-year-old president and confectioner of Tsutaya.

For those who want to take a further step into the city's culinary culture, they can try "miso" soybean paste, a key ingredient in Japanese cuisine. 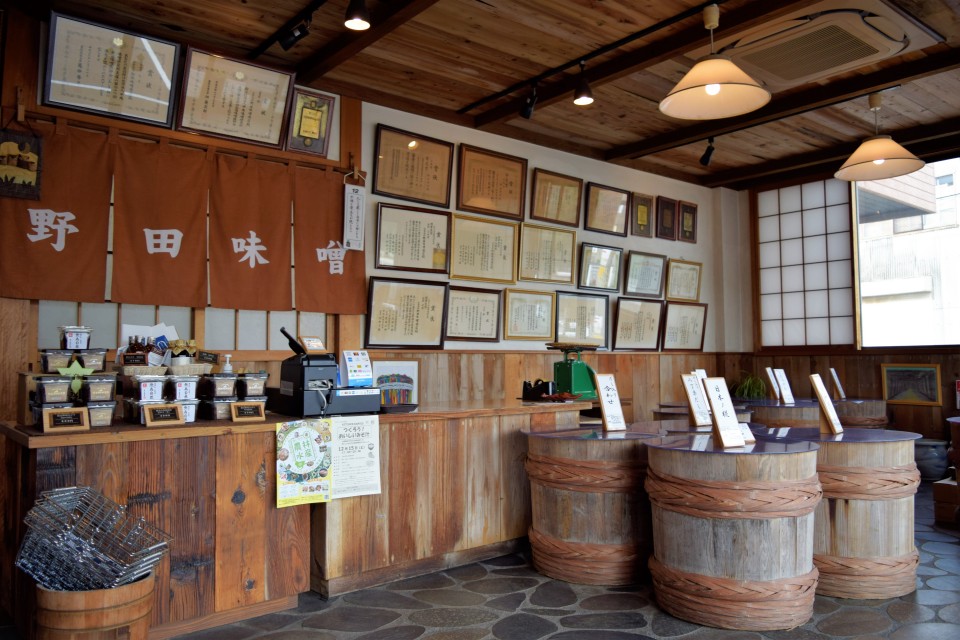 While about 80 percent of miso in Japan is made of rice, soybean miso has been made for over 1,000 years in Aichi Prefecture, according to the local Miso and Tamari Soy Sauce Industry Cooperative. In the Tokai region, centering on Aichi, a variety of miso dishes satisfy the appetites of locals and tourists.

"Miso can be used in various cuisines," Noda said. 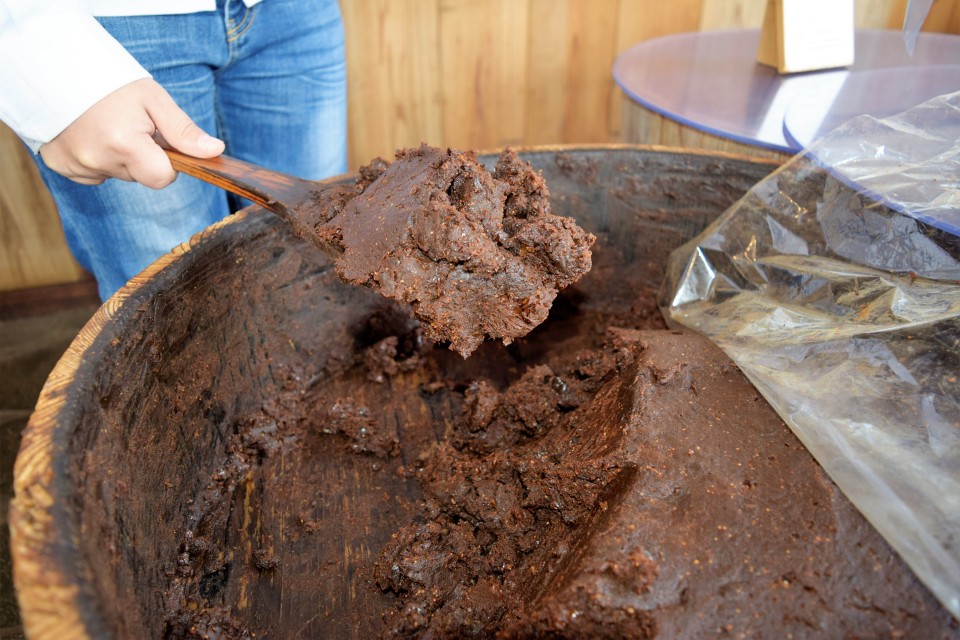 Here is how to make Noda's special "Garlic miso butter sauce," which was invented for a barbeque party held at the U.S. Embassy in Japan:

2. After the garlic flavors the butter, add two tablespoons of Japanese sake or white wine to the pan and turn the heat up to medium.

3. Burn off the alcohol and then lower the heat.

4. Add two tablespoons of soybean miso and two teaspoons of sugar to the pan and mix well. The sauce will be slightly thicker than gravy. If it is too viscous, add some water.

5. Serve it as an accompaniment to your preferred meat.

The sauce serves two and keeps well in the refrigerator for up to 10 days, Noda said.

But there is another option for those not comfortable in the kitchen. Visit Noda Miso's managed restaurant "MISO 18 months" in Tokyo's Yoyogi, where you can appreciate the delicacy of soybean miso. 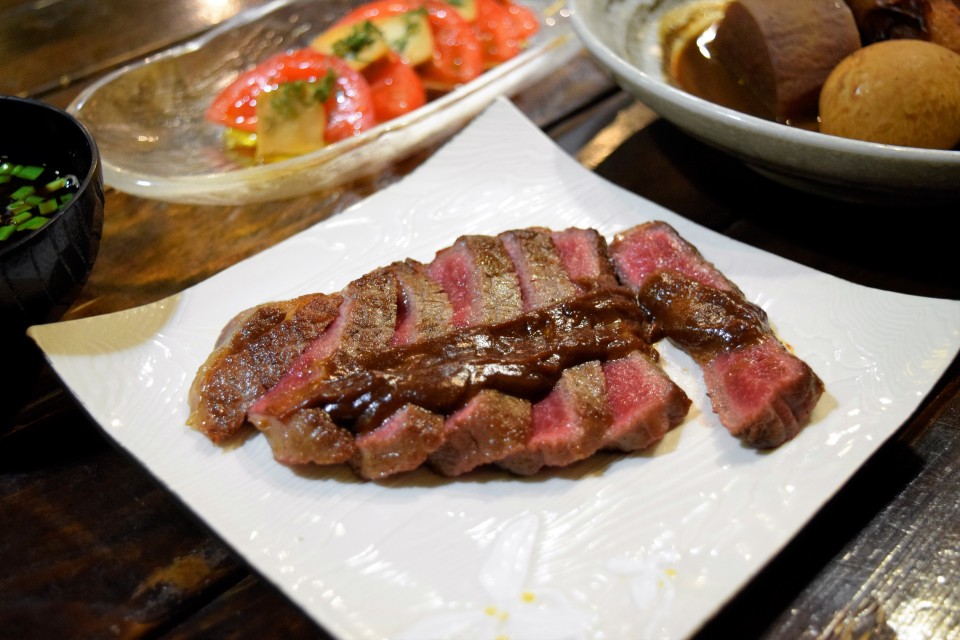