Samurai Japan will play two exhibition games against Australia on Nov. 9-10 at Sapporo Dome after facing the Nippon Ham Fighters on Nov. 5 and the Yomiuri Giants on Nov. 6 at Tokyo Dome in the buildup to the WBC. 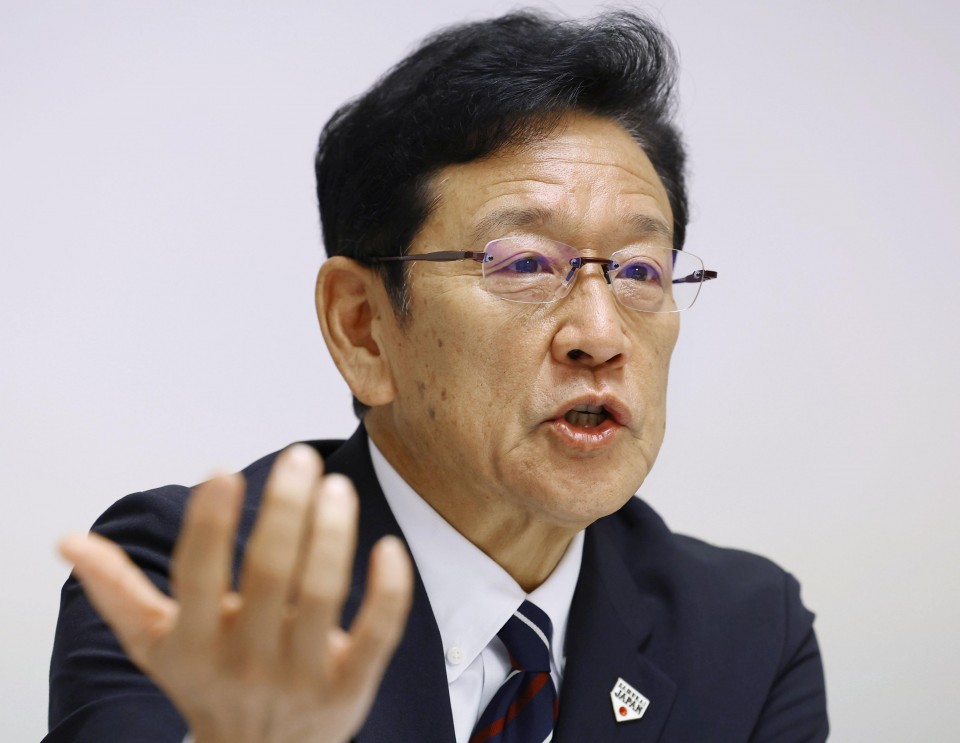 Kuriyama suggested Sasaki, who will turn 21 on Nov. 3, might not pitch in November, but that he expects Murakami to rise to the occasion in the autumn internationals.

"I'm sure he is tired and in a tough situation," Kuriyama said of Murakami, who surpassed career home run leader Sadaharu Oh's highest season total of 55, an iconic number in Japan since Oh set a single-season record in 1964.

With Japan's baseball world talking about little but the Yakult Swallows slugger after his 55th home run in mid-September, Murakami appeared to be under great pressure and didn't hit his 56th until his final at-bat of the regular season. 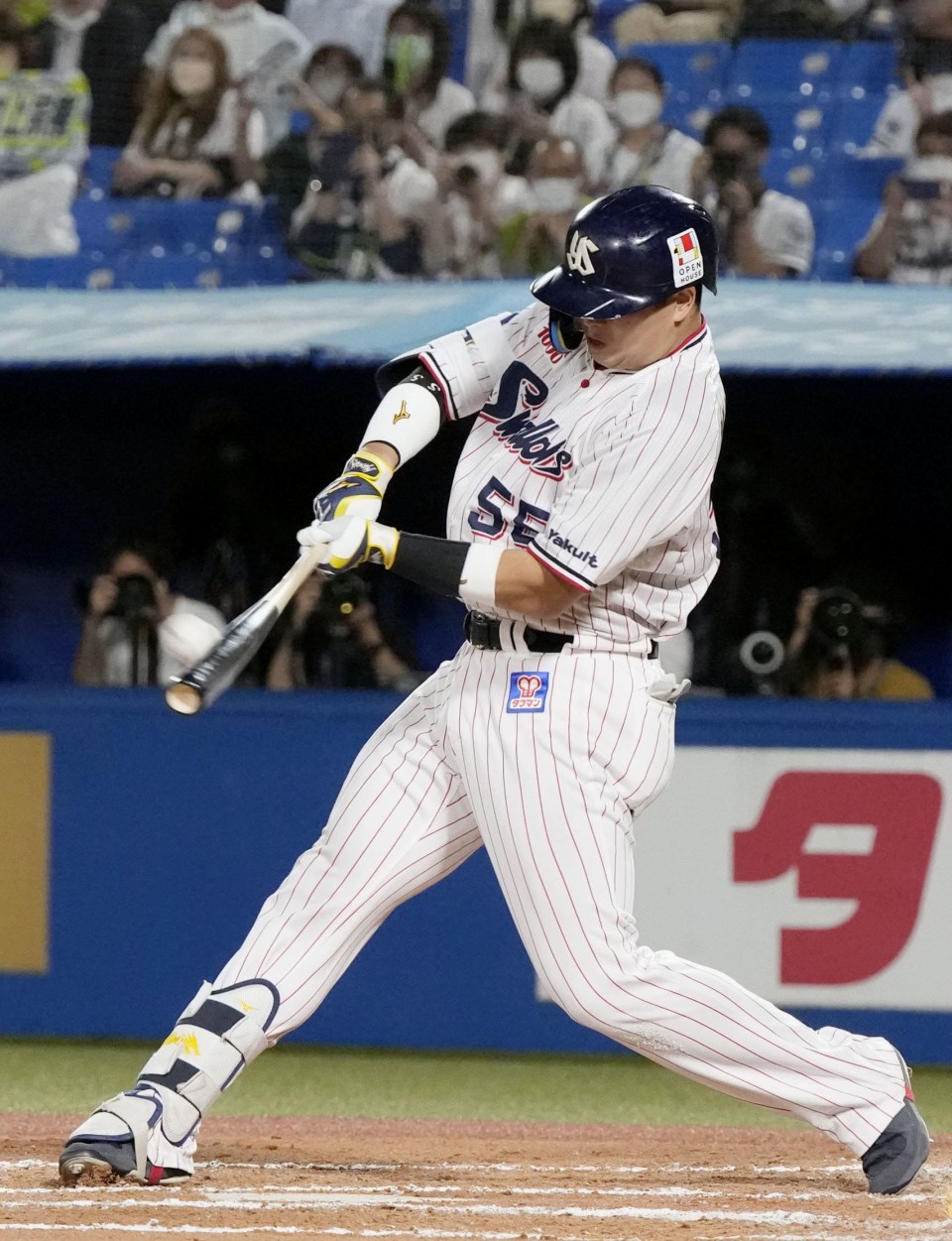 Munetaka Murakami of the Yakult Swallows hits his 56th home run of the season in the seventh inning of a Central League baseball game against the DeNA BayStars on Oct. 3, 2022, at Jingu Stadium in Tokyo. (Kyodo) ==Kyodo

Murakami now sits alone in second place on the single-season home run list behind Wladimir Balentien's 60 for the Swallows in 2013, and is poised to lead Yakult in the Japan Series, starting Saturday.

"Murakami is a player who feels compelled to carry whichever team he plays for," Kuriyama said. "As more pressure is placed on him, he exceeds what we imagine is possible, just like Shohei. He can bat cleanup, or we can move him up in the lineup."

Asked to comment on flamethrower Sasaki, Kuriyama said, "I feel I shouldn't use him in November due in part to his physical condition. I look forward to seeing him pitch if he can get in form next March." 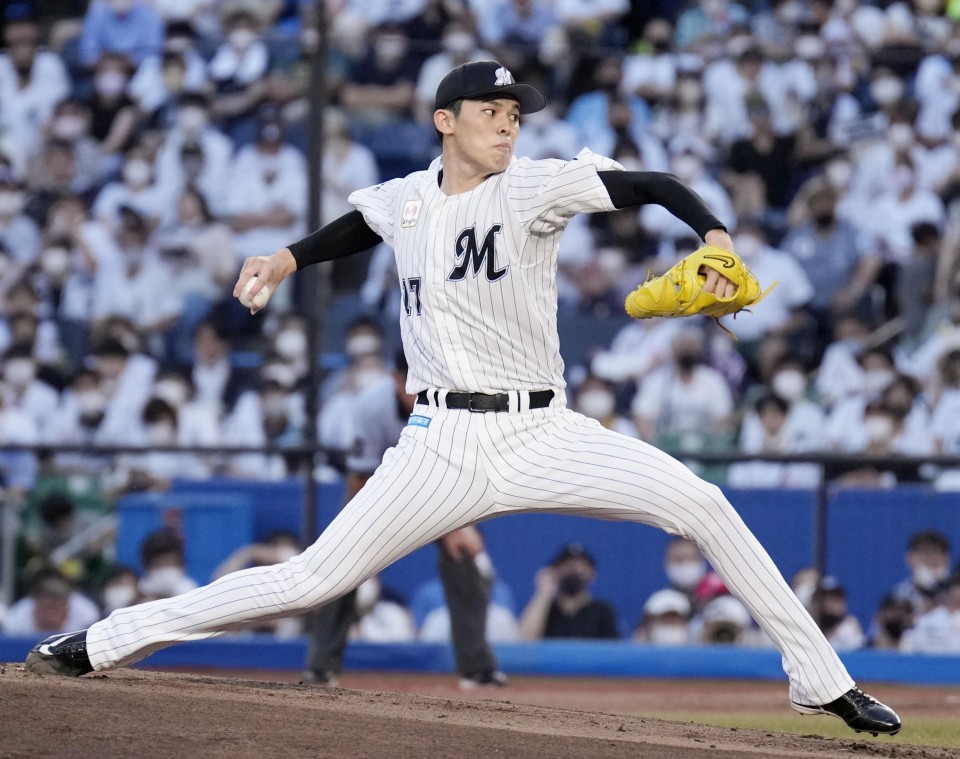 Roki Sasaki of the Lotte Marines pitches against the Rakuten Eagles in a Pacific League baseball game at Zozo Marine Stadium in Chiba, near Tokyo, on July 1, 2022. (Kyodo) ==Kyodo

"Then I expect he'll put (MLB hitters) under intense pressure."

Kuriyama put 15 players who have never played for the senior national team on his roster, and is hoping some of them will contribute if it comes to a March confrontation with the defending champion United States.

"I want to beat America from the bottom of my heart," Kuriyama said. "I don't think we can win this kind of short championship tournament unless some youngsters step up and bring momentum to the team."

"I'll see who will grow and how much. I'm looking forward to a future I cannot yet foresee."

Basketball: Hachimura excited to join Lakers, to wear No. 28 on jersey