Olympics: Yuzuru Hanyu falls in chase for a new high but leaves no regrets

Yuzuru Hanyu walks away from the Beijing Olympics with no medal to show for his efforts, but by going big in pursuit of the unprecedented he should have no regrets.

After two falls in his men's free routine on Thursday, one on what would have been a historic quad axel and the other on his quad salchow, Hanyu's eight-year gold medal defense ended with something of a whimper. 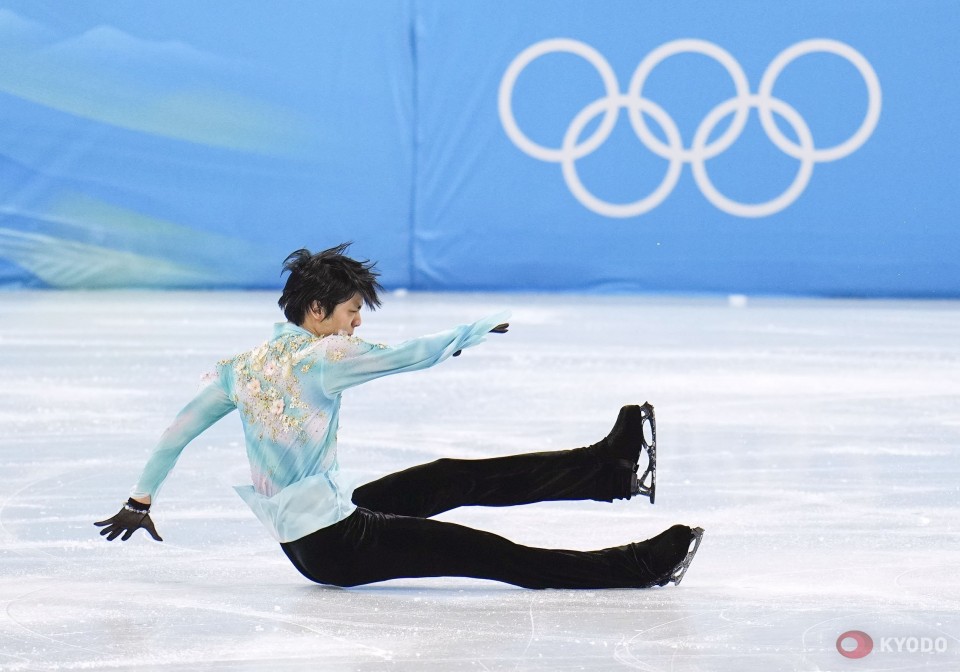 Yuzuru Hanyu of Japan falls on a quadruple axel attempt during the men's figure skating free skate at the Beijing Winter Olympics on Feb. 10, 2022, at the Capital Indoor Stadium in Beijing. (Kyodo) ==Kyodo

As he skated off the Capital Indoor Stadium rink with his customary flourish, he turned, bent down, touched the ice and brought his hands to his face in what could have been an Olympic farewell.

"I have to think a little," was his response when asked about what the future holds.

"Honestly, I did everything within my power (here)."

"There's a part of me that feels (the podium) was within reach, but what you saw is all I've got." 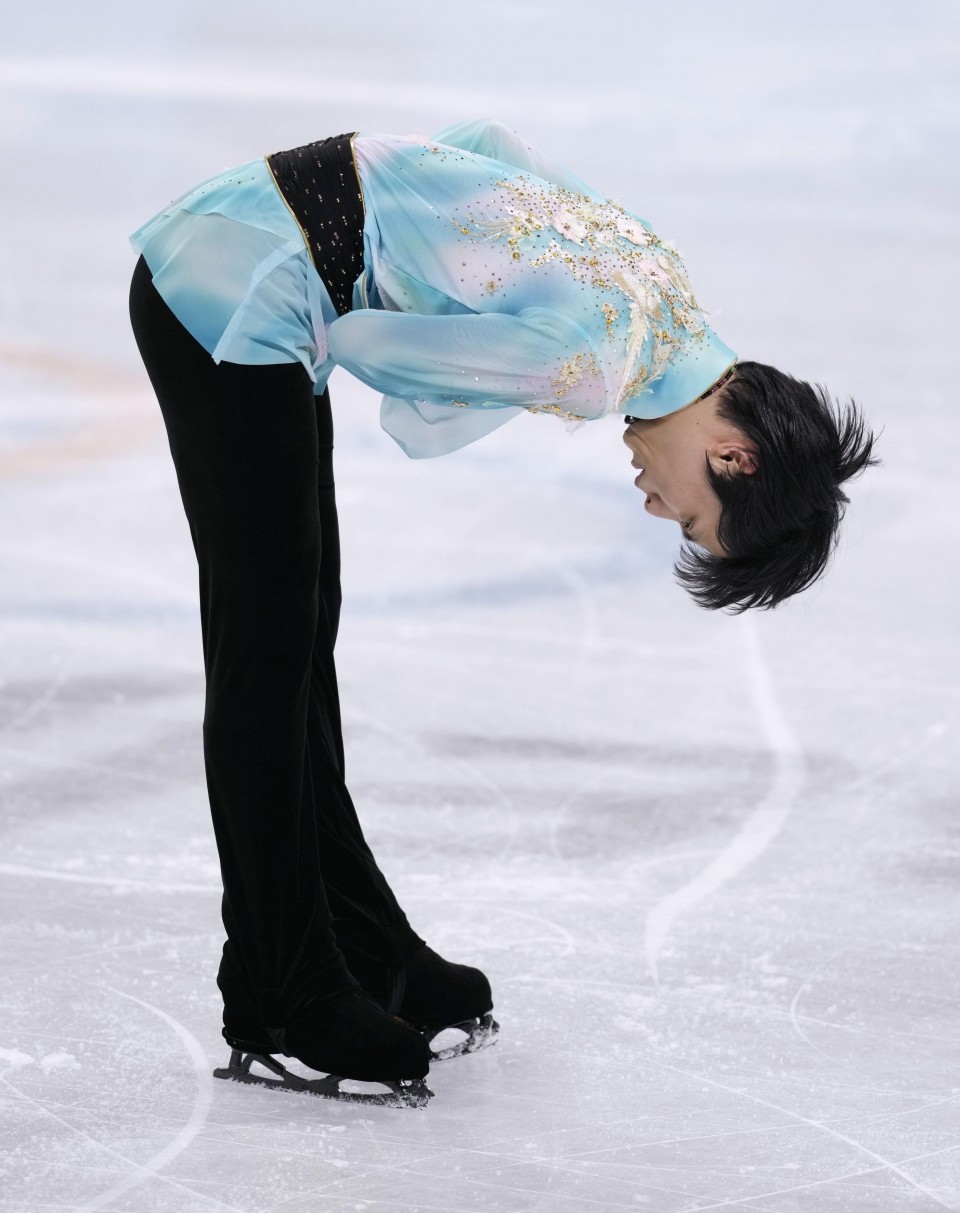 The man who has proven more than Hanyu's equal in recent years, Nathan Chen, walked away with the Olympic title, showing he is a deserving successor to Hanyu's throne.

Hanyu's inability to finally master the quad axel is certain to elicit an outpouring of grief from the legion of diehard fans who follow his every move and show their support however they can, particularly online.

He will be remembered for his Olympic highlights, but his last moments on the Beijing ice were painful to watch as he failed in his epic quest to master the quad axel's four-and-a-half rotations.

It became clear later the pain was also physical for Hanyu, with people familiar with the situation saying he sprained his troublesome right ankle while practicing the jump on Wednesday and was forced to skate a day later with the help of painkillers.

With his ankle concerns plaguing him, the two falls came at the start of his free program and left him playing a game of catch-up he would never win. He ended with 283.21 points, just under 10 behind countryman Shoma Uno in bronze.

"Of course not making a mistake is important and I understand that's the only way to win but in a way, those two early mistakes completed my (free skate) program. I tried really hard and I don't think I could've done more."

He was already on the back foot after his short program in which his skate caught a hole in the ice and threw off his rhythm just as he launched into his planned quad salchow, stunning his supporters, both in Beijing and around the world. 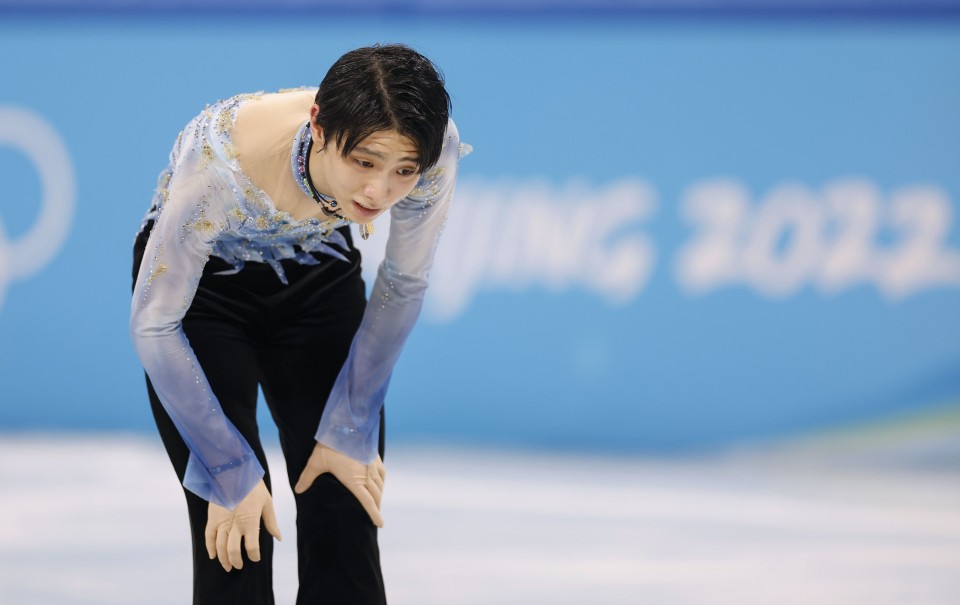 At the end of his otherwise excellent routine, which was awarded 95.15 points, good enough for eighth, he immediately skated over to the area where he attempted the jump and inspected the ice, shaking his head as he moved away.

But that blip was, ultimately, a reflection of an Olympic lead-up that went awry early and often.

His entire season was thrown into chaos when he pulled out of the Nov. 12-14 NHK Trophy, his first of two Grand Prix assignments for the 2021-2022 season, after suffering ligament damage to his right ankle. He also sat out his second Grand Prix event, the Rostelecom Cup, two weeks later.

The ankle has long been a source of issues for Hanyu, having injured it in 2017 and 2018 and being forced to miss competitions on both occasions. He skated at the 2019 worlds with the help of painkillers.

He arrived at the 2021 Japan national championships in December ready to include the quad axel, but he under-rotated, two-footed the landing and was scored as completing a triple.

He then returned to training alone in Japan, separated from his Canada-based coaches Brian Orser and Tracy Wilson because of travel restrictions stemming from the coronavirus pandemic.

While his 2022 Olympic season did not live up to the lofty standards he previously set, Hanyu can look ahead knowing he did not shy away from the big moment. 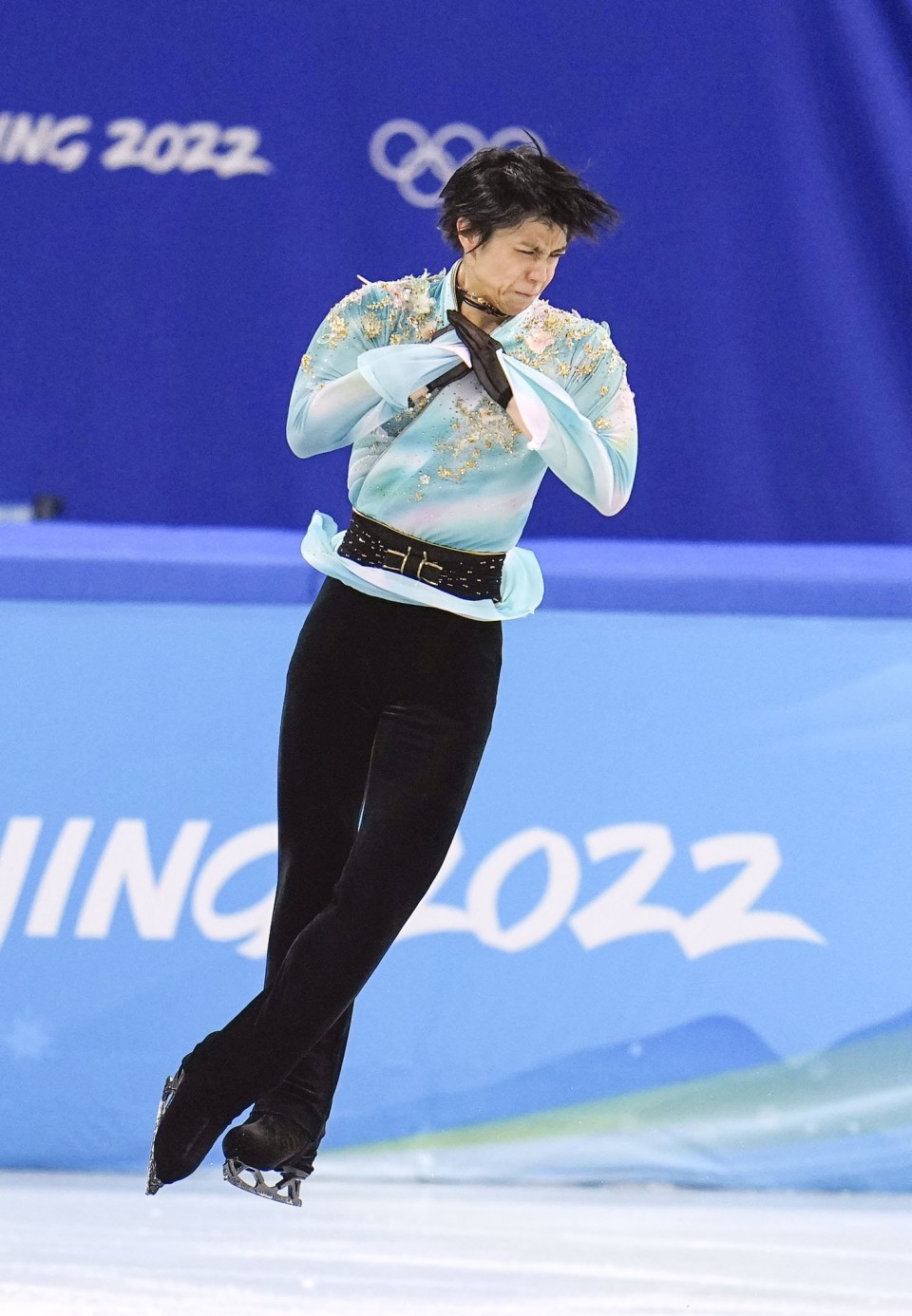 Yuzuru Hanyu of Japan attempts a quadruple axel during the men's figure skating free skate at the Beijing Winter Olympics on Feb. 10, 2022, at the Capital Indoor Stadium in Beijing. (Kyodo) ==Kyodo 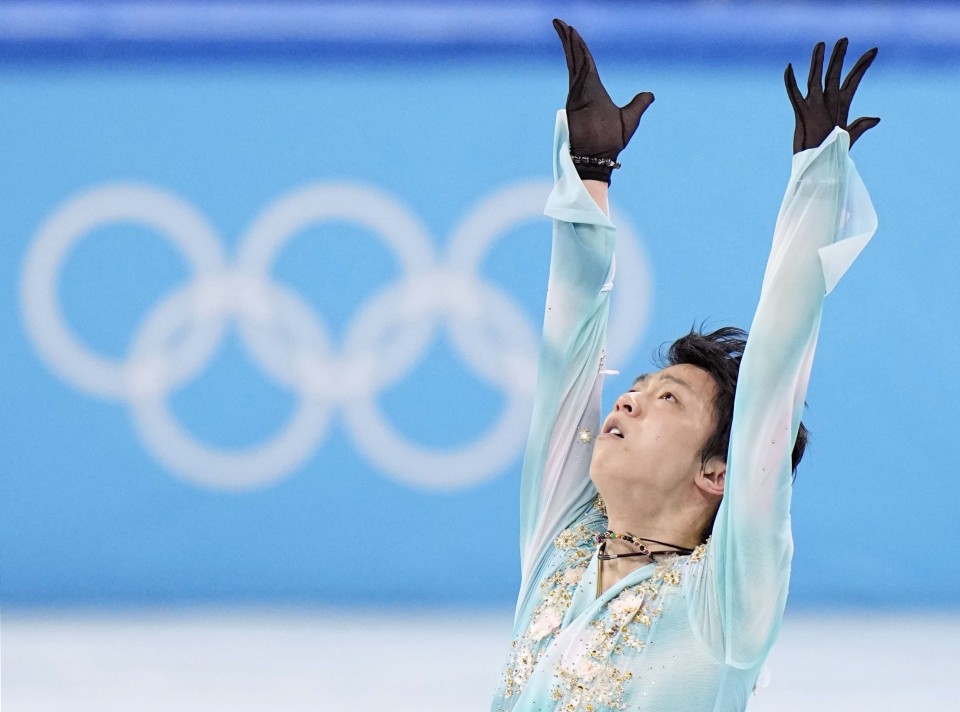