France broke with other Group of Seven industrialized nations Thursday, saying it will send high-level officials to this winter's Beijing Olympics after the United States, Britain and Canada announced they would diplomatically boycott the event.

The split came when France's education minister Jean-Michel Blanquer said France "will not do it," a day after Australia, Britain and Canada said they would engage in a diplomatic boycott following the United States' lead, citing China's human rights record.

Blanquer, the minister of national education, youth and sport, told BFM TV, "Sports is a world in itself, which must be protected from political interference," according to Reuters news agency.

The G-7, which groups Britain, Canada, France, Germany, Italy, Japan and the United States plus the European Union, may discuss the issue when a foreign ministerial meeting is held this weekend in Liverpool, England.

Speaking at a parliamentary session Thursday in Tokyo, Prime Minister Fumio Kishida said he will decide whether to send officials to the Beijing Olympics, slated to run from Feb. 4 to 20.

"I will make a judgment by myself at an appropriate time after comprehensively taking into account various issues in consideration of national interest," Kishida said.

Japan must decide whether to side with its ally, the United States or take a different approach in light of China's support for holding the Tokyo Olympics amid the coronavirus pandemic.

"We are extremely concerned by the repeated human rights violations by the Chinese government," Trudeau told a press conference.

"That is why we are announcing today that we will not be sending any diplomatic representation to the Beijing Olympic or Paralympic Games this winter," he said, noting that Canadian athletes will still be supported to participate in the games if they choose.

China's Embassy in Canada said, "Based on ideological biases as well as lies and rumors, Canada and a handful of Western countries have been flagrantly engaged in political maneuvering."

Such nations are attempting to "disrupt the smooth progress of Beijing Olympic and Paralympic Winter Games," the embassy said.

In Beijing on Thursday, China's Foreign Ministry said, "The use of the Olympics for political manipulation by the United States, Australia, Britain and Canada is unpopular." 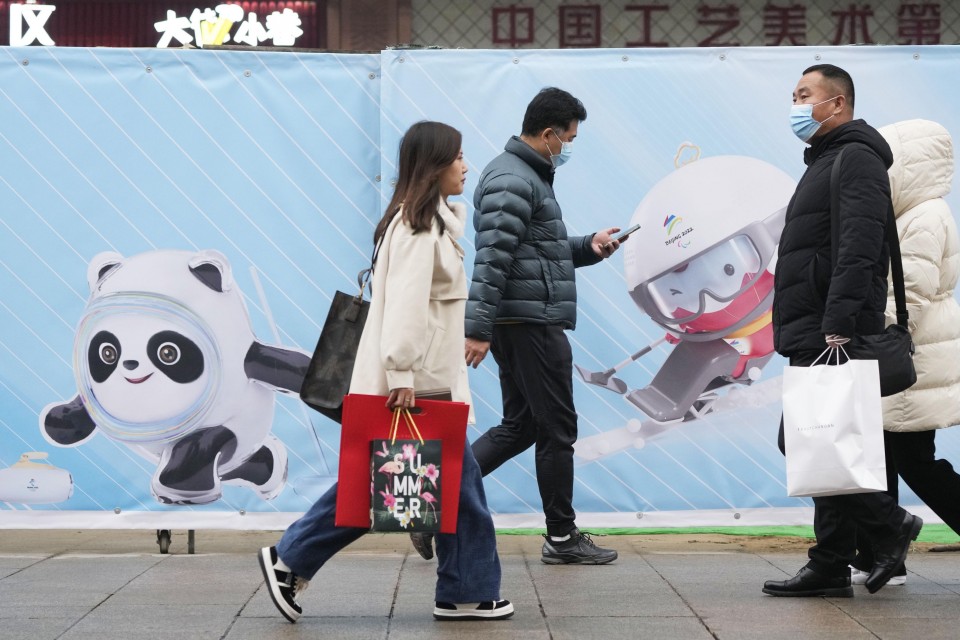 People walk by an illustrated board promoting the Beijing Winter Olympics and Paralympics in the capital on Dec. 9, 2021. (Kyodo)

The Biden administration had made clear its intention not to send diplomatic representation to the Beijing Games while maintaining it would leave allies to make their own decisions on the matter.

Relations between China and the United States, as well as some U.S. allies, have been tense due to Beijing's growing assertiveness in the Indo-Pacific region, among other issues.