Rikako Ikee's inspirational two-year journey from high-level athlete to leukemia sufferer and back, culminating with a fairytale qualification to the Tokyo Olympics, is just a prelude to the 2024 Games, she says.

Regardless of how the 21-year-old performs at the Olympics held in the city of her birth, Ikee's presence on the international stage will give a much-needed rallying point for a host nation that is far from embracing the games.

Like anyone else who has suffered disease or illness, Ikee, who is among the some 14,000 people diagnosed with leukemia each year in Japan, has fought to prevent her health challenges from defining her. 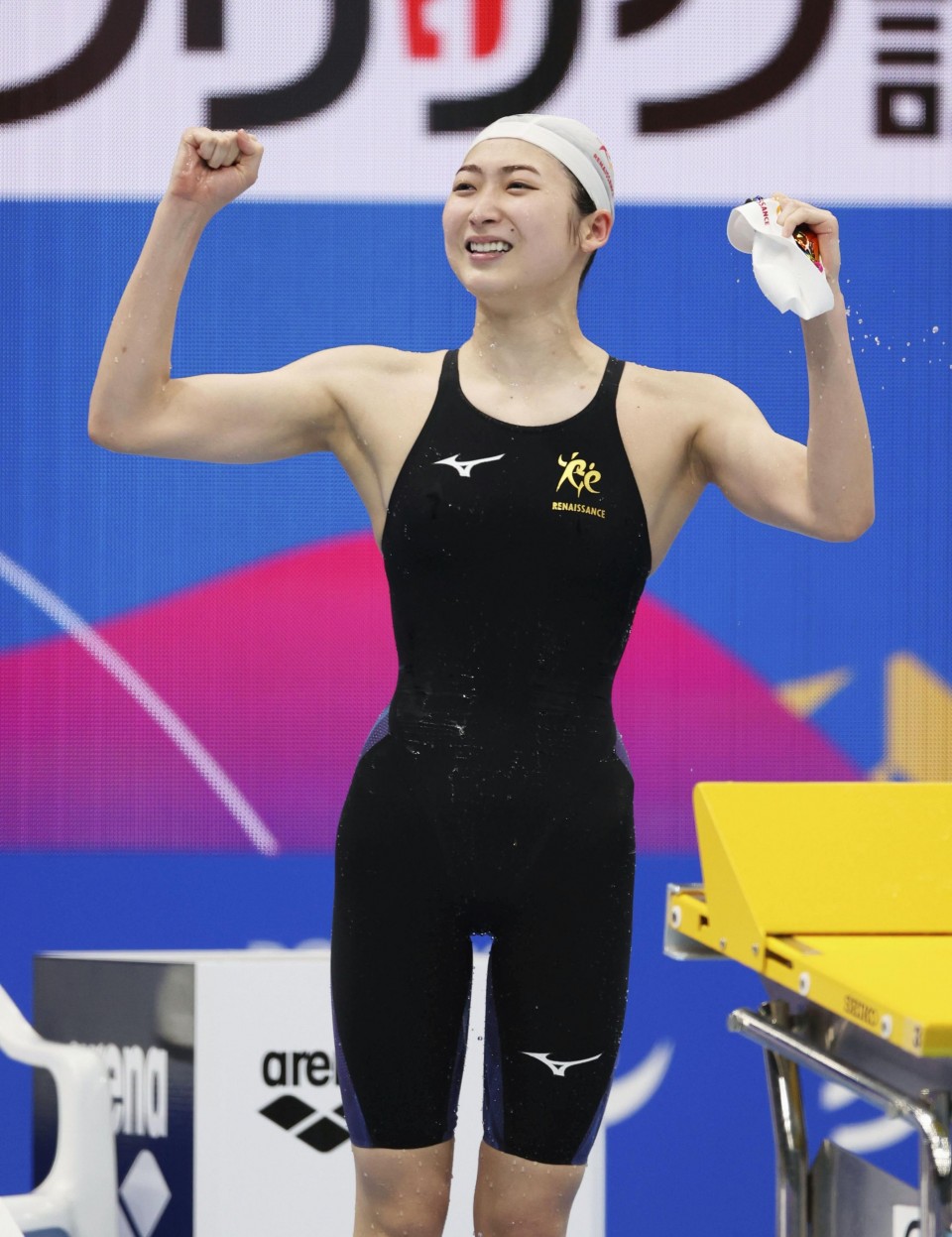 Ikee will compete in the women's 4x100 freestyle relay at the Olympics, after having secured her spot by winning all four of her events -- the 50- and 100-meter freestyle and butterfly -- at the national championships in April.

She has been nominated as a "relay only" athlete for the Tokyo Games and is focused on doing her part for the team.

Despite not achieving qualifying times in individual events, Ikee had the option to enter them but decided against it given where she is in her recovery.

"I might barely make it into the semifinals at best, but not to the finals," she said of her chances of winning an individual medal.

Her best result at the Olympics is a fifth-place finish in the 100 butterfly at the Rio Games in 2016, where she competed in five individual events and two relays as a 16-year-old.

"An Olympics without a medal is meaningless," she has said on a number of occasions.

Having lost body fat during her period of illness and recovery, she knows stamina is going to be a crucial component of her performances.

At a training camp held in Shizuoka Prefecture in late April, Ikee challenged herself by joining Suzuka Hasegawa, who will represent Japan in the women's 200-meter butterfly, in a 6,000-meter training swim.

But she struggled to keep pace and said that was the moment she realized she had not yet regained her edge.

"I'm not physically strong enough to swim many events," she said.

In addition to the 4x100 freestyle relay which begins with the heats on Saturday, Ikee could compete in two other relay events, the women's 4x100 medley relay and the mixed 4x100 medley relay featuring two men and two women on a team.

"I've decided this is going to be the final year that I allow myself to lose (in a race)," Ikee said.

Ikee, who was hospitalized for 10 months before she got back into the water in March last year and returned to competition in August, was originally targeting a comeback at the Paris Games and still has her sights firmly set on taking a podium in 2024.

For her, the pandemic-delayed Tokyo Olympics is just a stop on a longer journey.

"In my 21st year, I'm going to experience a lot of things as a Japan representative, use each experience as a stepping stone for the next, so that when I turn 22 I'm that dominant swimmer who never loses."

Swimming: Rikako Ikee to concentrate on relays at Tokyo Olympics