Elaine Thompson-Herah won the women's 100-meter crown at the Tokyo Games on Saturday, crossing the line in an Olympic record 10.61 seconds to lead a Jamaican podium sweep.

Shelly-Ann Fraser-Pryce finished in 10.74 ahead of bronze medalist Shericka Jackson who completed the Caribbean nation's one-two-three triumph at the National Stadium. 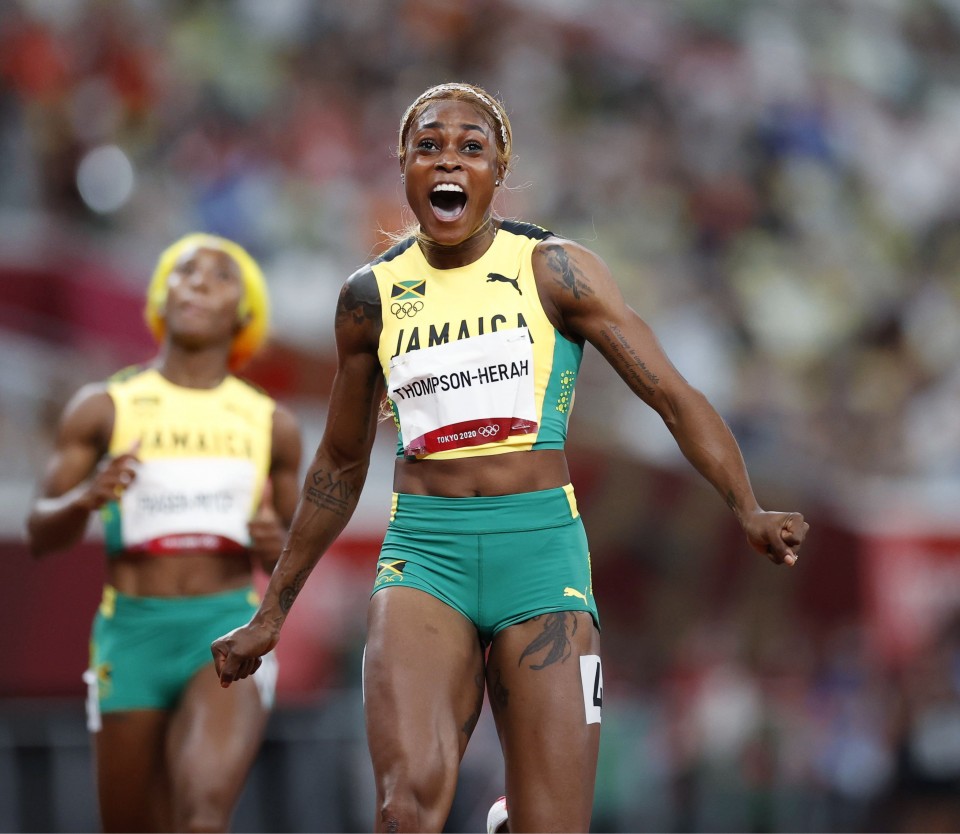 Elaine Thompson-Herah of Jamaica reacts as she wins the women's 100-meter final of the Tokyo Olympics on July 31, 2021, at the National Stadium. (Kyodo) ==Kyodo

Thompson Herah's win means she defends the 100 title she secured in Rio de Janeiro in 2016. She also won the 200 title in Brazil.

"I've been injured so much. I'm grateful I could get back on the track, and get back out on the track this year to retain the title...Now I have one more to go," Thompson-Herah said.

"I knew I had it in me but obviously I've had my ups and downs with injuries. I've been keeping faith all this time. It is amazing."

Fraser-Pryce's silver makes her the first woman to win four Olympic medals in the 100 event.

Jamaica was the most recent nation to sweep the women's 100 podium. In 2008, Fraser-Pryce won gold followed home by Sherone Simpson and Kerron Stewart who finished in a dead heat for silver.

None of the three Japanese entrants -- Ryota Yamagata, Yuki Koike or Shuhei Tada -- qualified for the semifinals. Yamagata set the fastest time, a 10.15 pass, but could only manage fourth in his heat, missing the top-three automatic qualifying places.

The first-ever Olympic 4x400 mixed relay final was run and won by Poland, Kajetan Duszynski making a burst over the final 100 meters to snatch the win in 3 minutes, 9.87 seconds.

The Dominican Republic won silver on a lunge at the line, sending the United States into the bronze position. Both the U.S. and Dominican teams were disqualified and then reinstated on appeal after the heats.

The only field gold medal decided on Saturday evening went to world champion Daniel Stahl of Sweden in the men's discus. 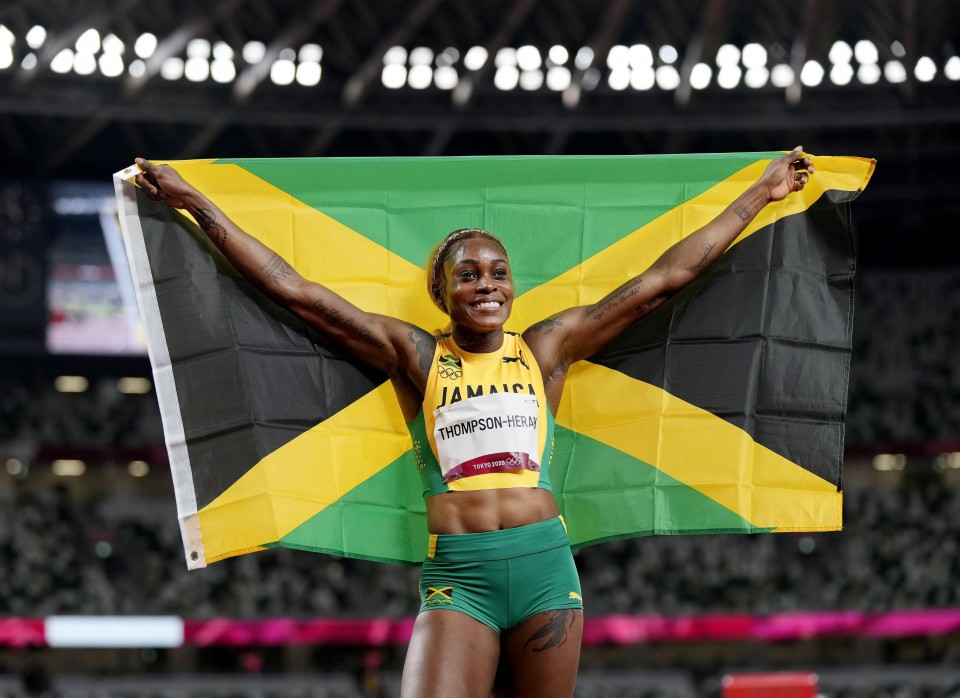 Jamaica's Elaine Thompson-Herah celebrates after winning the women's 100-meter final of the Tokyo Olympics on July 31, 2021, at the National Stadium. (Kyodo)==Kyodo