Furukawa won 7-3 at Yumenoshima Final Field to grab his second bronze medal of the games. The 36-year-old Aomori native was part of the team that placed third on Monday to give Japan its first Olympic men's team medal. 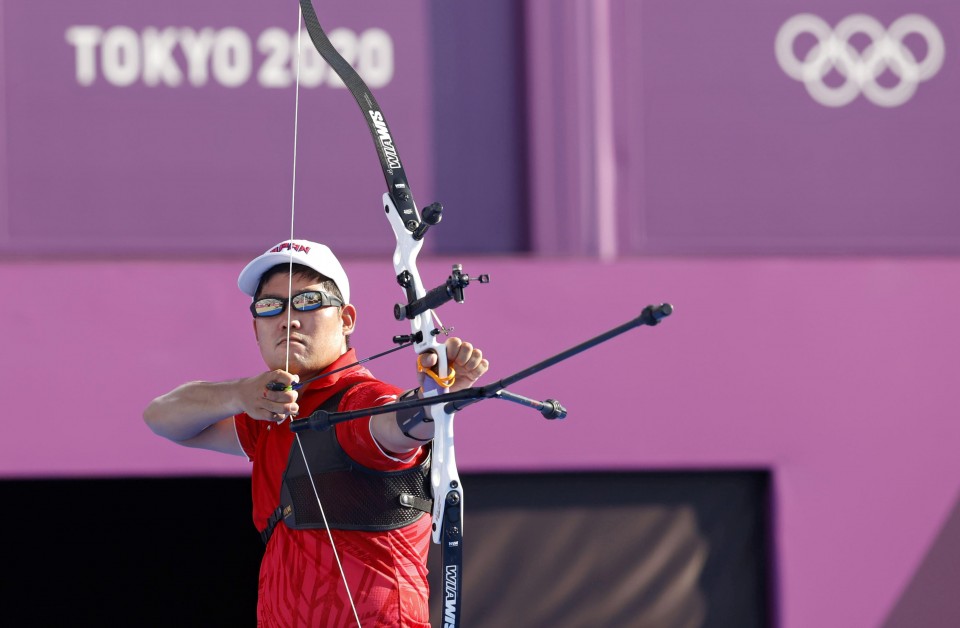 "I'm happy but more than that I am thankful. I've been able to get this far because of the support I have had from so many people," said Furukawa, who became a father this year.

"It's often said good things happen in the year your child is born and that has turned out to be the case so I am delighted."

The individual bronze was Furukawa's third Olympic medal overall. He won the men's individual archery silver at the London Olympics in 2012.

"The Olympics is being held in Tokyo (this time) so that makes it special," he said.

Furukawa, who is competing in his fifth straight Olympics, said he is now setting his sights on winning a medal in the mixed team competition at the 2024 Paris Games.