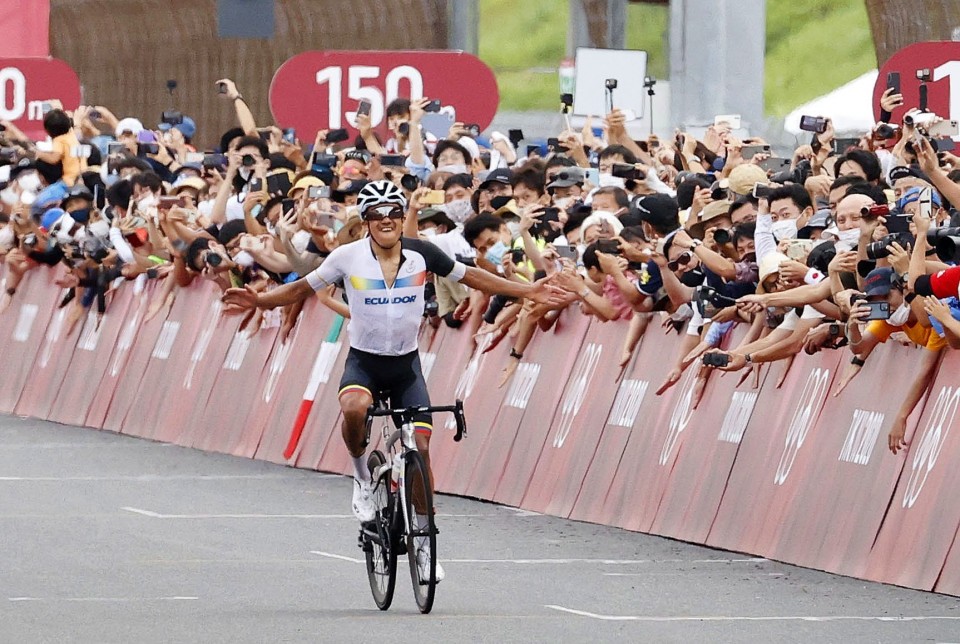 Carapaz finished third behind Pogacar at the tour, but on an Olympic course some called the most difficult ever, he showed he is second to none. The gold medal is Ecuador's second-ever at the Olympics, and first since 1996.

"This has been a most crazy day today, I just waited for the right moment (to attack)," said Carapaz at the post-race press conference. "I can hardly describe it, there is no comparison to this. It is incredible."

"There were excellent riders right behind that could have tried to attack. Given we had this breakaway, I felt good and my legs were strong, that 30-second gap was all that was needed."

For Japan, Yukiya Arashiro crossed in 35th some 10 minutes behind the winner, the group of riders he finished with ushering him to the front so he could have a prominent place. His countryman Nariyuki Masuda was second last of the riders who completed the course.

A breakaway led for the majority of the race that involved 4,865 meters of climbing through the mountains southwest of Tokyo -- taking in the capital's neighboring prefectures of Kanagawa, Yamanashi and Shizuoka -- at one point building a lead of over 20 minutes in temperatures that exceeded 30 C.

One by one the escapees fell away from the leading group, with standouts Nicholas Dlamini of South Africa and Juraj Sagan of Slovakia powering the push.

The lead was held over the initial Doshi Road climb, then up the steeps that took in part of Mt. Fuji with the chasing pack slowly cutting the deficit. 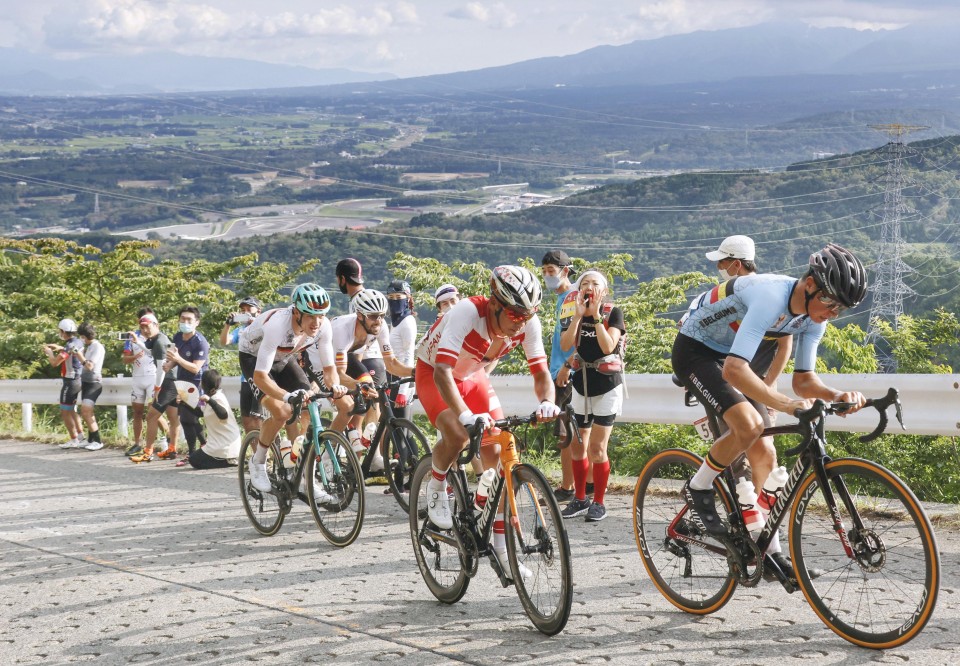 The first serious attacks began from within the peloton with 55 km remaining, members of various teams striking out in an attempt to spark some action. At 48 km to go, the breakers were swallowed up, just before the peloton entered Fuji International Speedway for the first time.

Carapaz made his move with 24 km to the finish, blasting off the front of the leaders with U.S. rider Brandon McNulty. The two built up a 25-second gap over the next 20 km until the American cracked and the Ecuadorian went on to win, crossing the line with a small crowd cheering him home.

Despite calls from organizers for fans to stay away in light of the coronavirus situation, some spectators gathered for their "once in a lifetime" Olympic cycling experience at various parts of the course.

Under the eye of police and Self-Defense Forces personnel, spectators were asked to move on outside the closed Musashinonomori Park start line in Tokyo, but organizers' entreaties were ignored.

In some instances, public viewing sites opened outside Tokyo, which is now under a COVID-19 state of emergency. One of them was in Susono, Shizuoka Prefecture.

"I participated here because I couldn't get a ticket for the venue. It's exciting to see the racers," said Kazuhiro Doi, a 55-year-old who was watching the race at a public viewing venue open only to 100 residents of the city.