Syrian refugee-turned-Olympian Yusra Mardini, who swam to escape the war in her home country in 2015, will swim in the Tokyo Games under pandemic protocols and restrictions at the Tokyo Aquatics Centre.

Like she did in Rio de Janeiro in 2016 as a part of the first-ever Refugee Olympic Team, Mardini will represent millions of people who have been forced to flee their homes and show the world that she is more than just a competitive athlete. 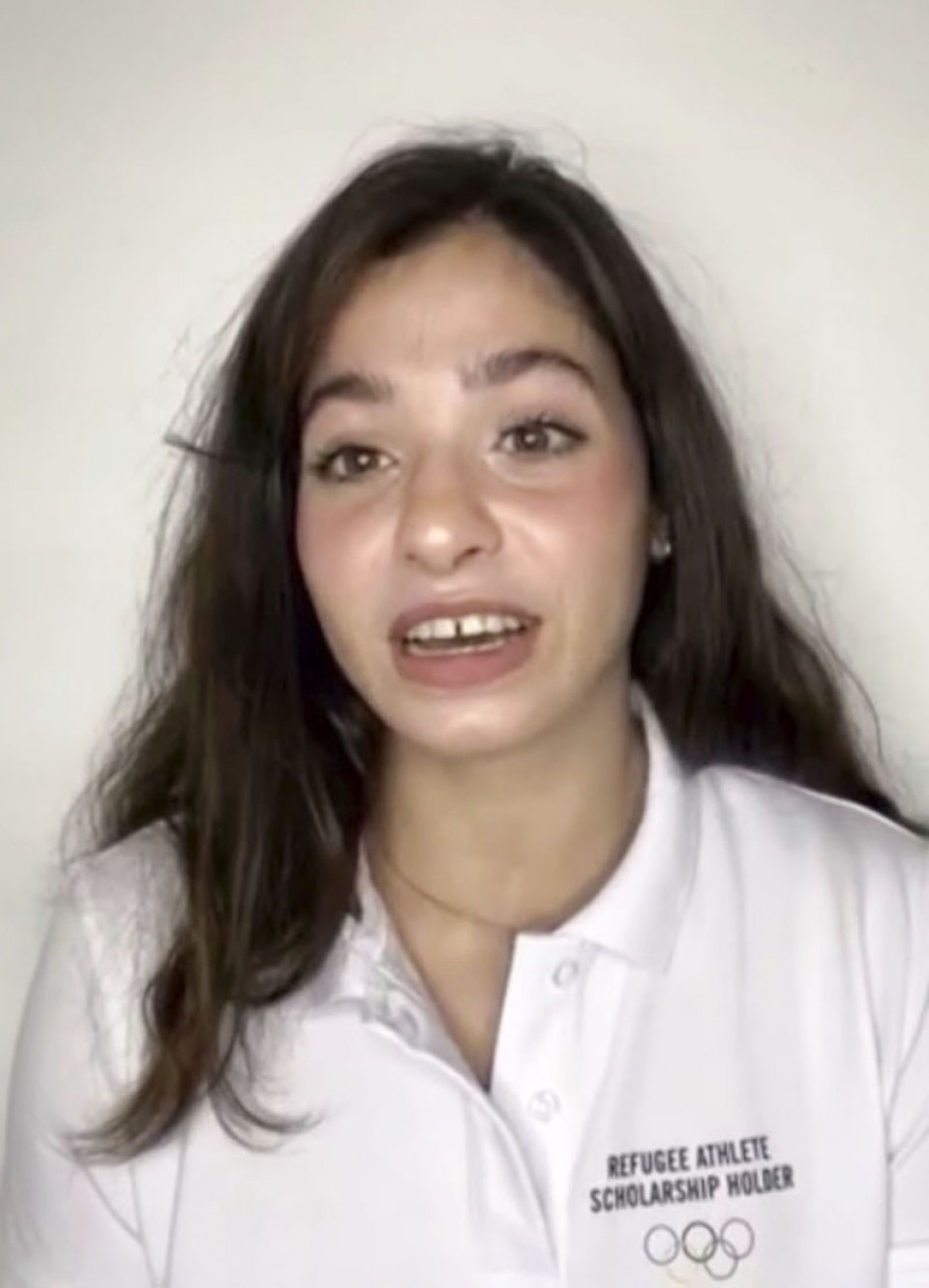 Screenshot image shows Syrian-born swimmer Yusra Mardini of the Tokyo Olympic refugee team. The International Olympic Committee on June 8, 2021, named 29 refugee athletes originating from 11 countries who will compete at this summer's games, which was postponed for a year due to the coronavirus pandemic. (Kyodo) ==Kyodo

The 23-year-old who now resides in Germany will compete in the women's 100-meter butterfly in Tokyo, where she hopes to satisfy sport-hungry crowds and provide them with news that inspires and uplifts in the midst of a devastating pandemic.

"I personally feel very, very blessed and very, very lucky to be a part of the team," Mardini said after she was named to the 29-member team by the International Olympic Committee last month.

"Sometimes it's a lot to take on, and sometimes it's just like, I want to be a normal teenager or normal person. But then I remember that we, this small team, is representing so much hope, not only to refugees but to lots of young people around the world," she said.

With 29 members, the Tokyo squad is almost three times as big as the 10-member inaugural refugee team at the Rio Games.

The 29 athletes come from 11 countries, including Afghanistan, Iran, Iraq and Syria. Six competitors from 2016 are returning for Tokyo, including Mardini.

Jamal Abdelmaji Eisa Mohammed, who fled the violence of Sudan's war-ravaged Darfur region, is among the seven Refugee Olympic Team members who were chosen for athletics. The Israel-based Sudanese runner will compete in the men's 5,000 meters.

There are also six refugee athletes in judo, three in taekwondo and two in karate.

"I think we're all in our 20s. So it's a huge responsibility to all of us that we are representing almost 80 million (forcibly displaced) people around the world," Mardini said.

The Refugee Olympic Team was cleared to travel to Tokyo from Doha after a positive COVID-19 test delayed their arrival, originally set for July 14.

The athletes compete under the Olympic flag, and if any medals are won, the flag will be raised and the Olympic anthem played.

There will be 205 national Olympic committees and the IOC Refugee Olympic Team competing in the Tokyo Olympics.