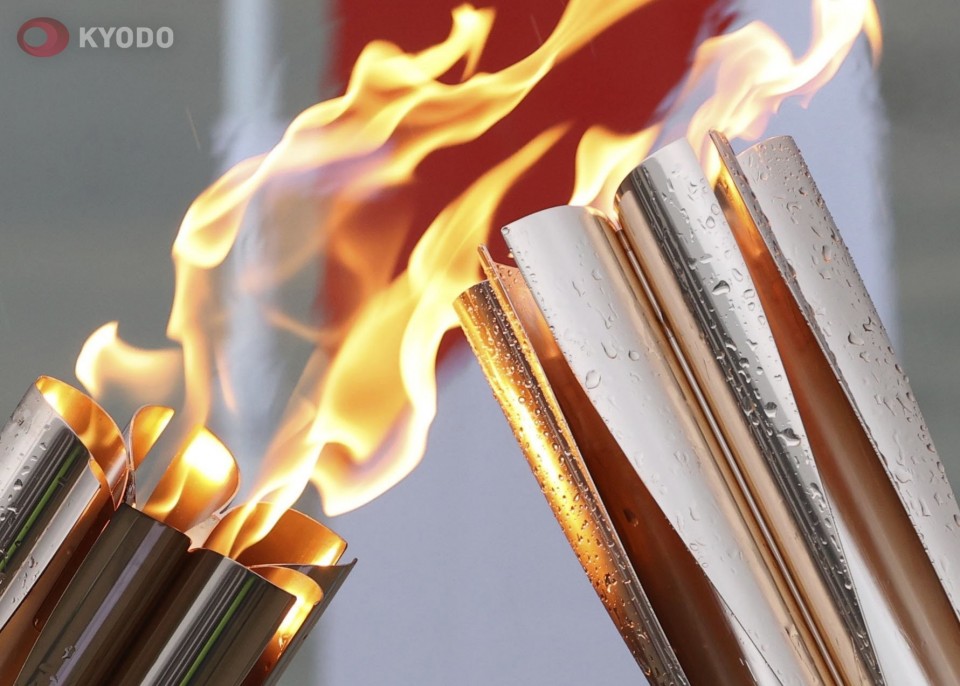 The Olympic flame is passed from torch to torch in the rain during an alternative event for the Tokyo Olympic torch relay in Tsuyama, Okayama Prefecture, on May 20, 2021. (Kyodo)

"We will work with people in charge to make the vaccine process as smooth as possible," Marukawa said.

Marukawa also said the vaccination program for Tokyo Games workers will begin on Thursday at the Ajinomoto Training Center in Tokyo's Kita Ward, where members of the Japanese Olympic delegation began receiving their shots on June 1.

Despite public pressure to cancel or postpone the Tokyo Olympics, the government is making final preparations to host the rescheduled games opening July 23.

The IOC says it anticipates 80 percent of athletes will be vaccinated by the time the games begin.