Japan will impose tougher rules on athletes and staff participating in the Tokyo Olympics from countries hit by the highly contagious Delta variant of the coronavirus including more rigorous testing and restrictions on coming into contact with other people, the government's top spokesman said Monday.

The move comes amid concerns the games, set to start July 23, could become a superspreader event as the capital sees infections creep back up just a week after a state of emergency was lifted. 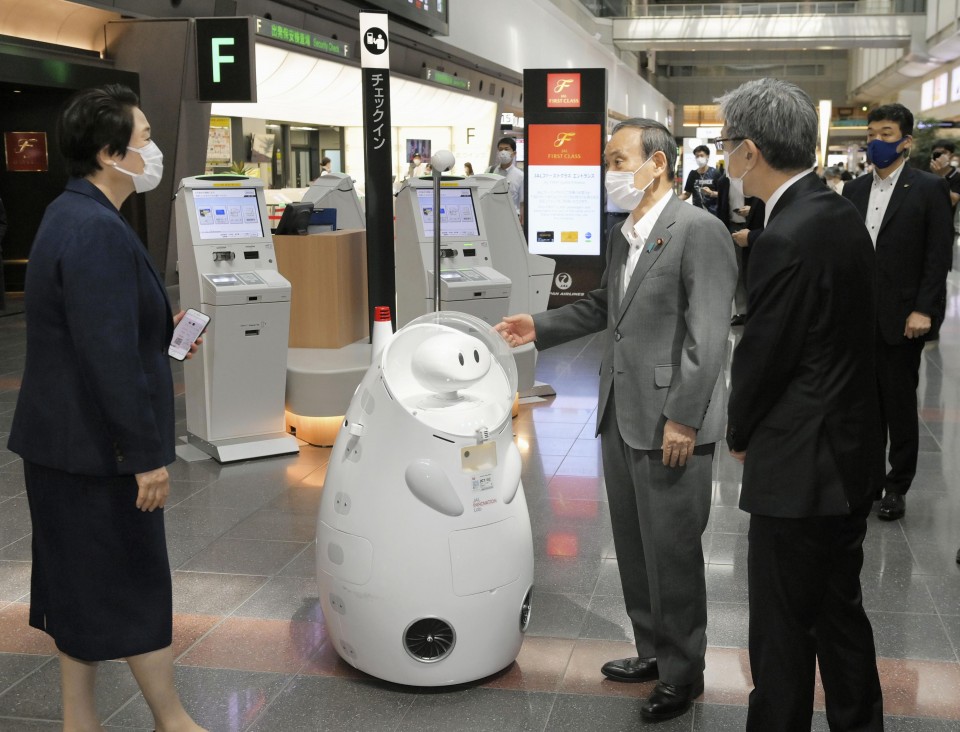 Athletes and staff will be required to be tested every day for a week before coming to Japan, during which time they are to be isolated, Chief Cabinet Secretary Katsunobu Kato said at a press conference. They will also be forbidden from coming into contact with other people for three days after arriving.

"We will take the necessary border measures while also ensuring athletes are treated fairly in terms of nutrition, training facilities," Kato said, adding the government is in talks with the International Olympic Committee and the games organizing committee to finalize the rules.

The government's top COVID-19 adviser, Shigeru Omi, and other infectious disease experts have warned the Delta variant, first detected in India and believed to 1.8-times more transmissible than the original strain of the coronavirus, as well as an increase in the flow of people during the Olympics and Paralympics could lead to surge in infections.

Earlier in the day, Prime Minister Yoshihide Suga visited Haneda airport in Tokyo and was briefed on Japan's border measures, which have been under scrutiny since a member of the Ugandan Olympic delegation tested positive for the coronavirus upon arriving at Narita airport near Tokyo on June 19.

The rest of the team was allowed to travel by chartered bus to Izumisano, Osaka Prefecture, where another member was later found to be infected.

Officials of the Olympics organizing committee had expressed the need for stricter COVID-19 guidelines in the wake of the incidents.

Athletes and staff will be isolated if they may have been in close contact with someone who has tested positive, taking a separate car to their destination, Kato said.

Suga voiced caution over the recent rise in coronavirus cases in Tokyo, which reported 317 new infections on Monday, up from 236 a week ago. "We must continue implementing anti-virus measures while remaining highly vigilant...if necessary, we will quickly take additional steps," he told reporters.

Such steps could include declaring another state of emergency or extending restrictions on business activity currently in place under a quasi-emergency, which would likely see fewer, if any, spectators at Olympic and Paralympic venues.

Suga was also shown around a vaccination site set up by All Nippon Airways Co. to inoculate pilots, flight attendants and other staff.

Such sites were launched at workplaces across the country last week, but the government is no longer accepting applications from companies for more doses as it may not be able to provide enough of the allocated Moderna Inc. vaccine.

"We will closely examine the situation and ensure as many people as possible are vaccinated," Suga said.

The decision does not affect large-scale vaccination centers operated by the Self-Defense Forces in Tokyo and Osaka, which on Monday began giving many people their second shots.

"I'm glad I could get it quicker here," said Satoko Kobayashi, 76, who opted to use the Tokyo site rather than wait to make a reservation in the municipality she resides in.

The SDF-run vaccination centers opened in late May, initially for people aged 65 or older living in or around Tokyo and Osaka. They opened up to other age groups and residents of other areas earlier this month and are slated to operate through the end of July.

Japan's vaccine rollout has sharply accelerated in recent weeks, with a little more than 9 percent of the population fully inoculated against COVID-19 as of Thursday.