Digitalization minister Takuya Hirai admitted Friday he instructed officials to coerce the developer of a smartphone app for monitoring the health of foreign visitors during the Tokyo Games in regard to costs by threatening to withhold future government contracts.

Hirai was reported to have told senior officials of the Cabinet Secretariat in charge of the app project in April that they "would be better off threatening" the joint venture developing the app in order to achieve cost reductions. The venture partners include major Japanese information technology firm NEC Corp. 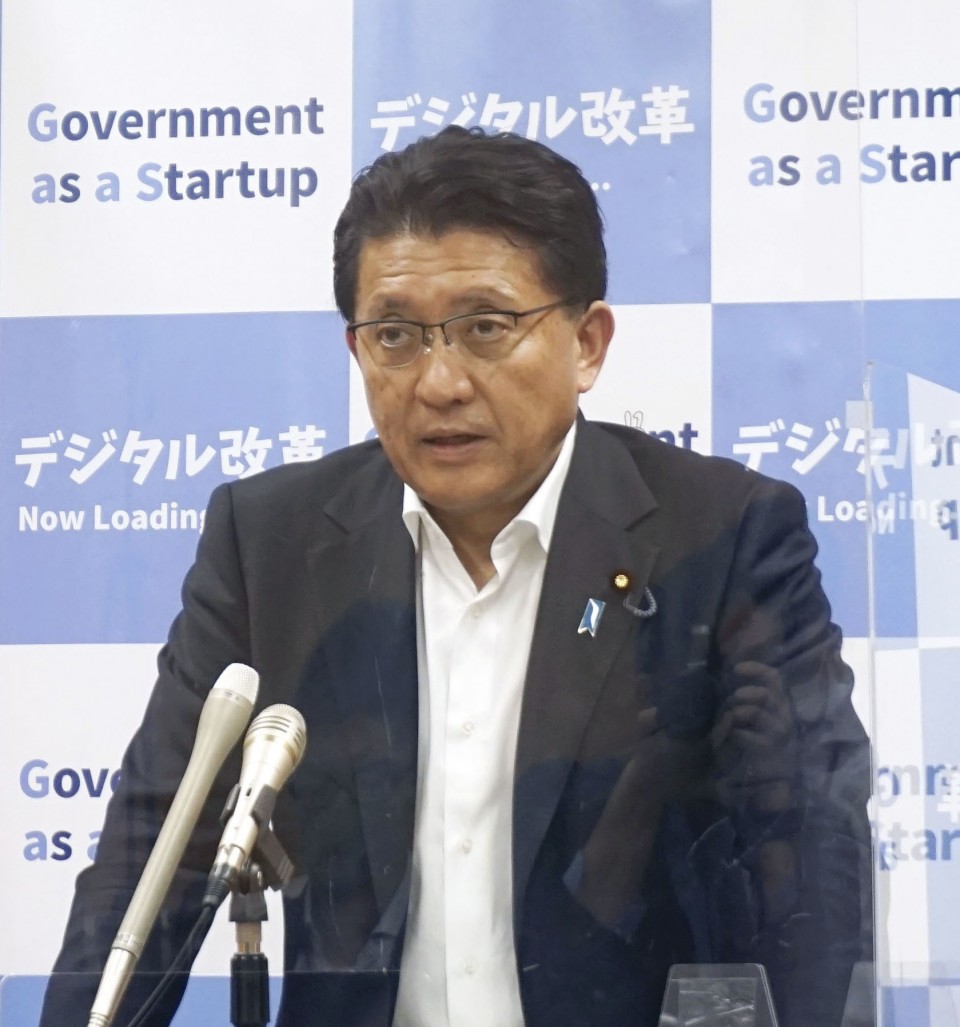 "I have a strong determination to eliminate wasteful spending as a person entrusted with taxpayers' money. But my comments were inappropriate, and I would like to be careful from now on," Hirai said at a press conference.

Hirai, however, said his remarks were made at an internal government meeting and not directly to the developer.

He said his strong language at the meeting was intended to convey the government's strong intention to cut costs and that he did not expect the officials to actually use threatening words with the developer.

Prices of contracts "are not altered by someone's comments" but agreed on by two sides rationally, he said.

Earlier this month, Hirai said the cost of developing and operating the app had been halved to 3.8 billion yen ($34.7 million) from the originally estimated 7.32 billion yen by paring down functions following a decision to bar spectators from abroad.

The huge initial cost of the project had attracted criticism in parliament.

Some media released Friday an audio recording of Hirai saying at a meeting he would "never place an order with NEC" or would sideline NEC if it complained about the app development costs.

NEC said, "It is a fact that a joint venture including our company agreed to alter a contract in view of the government's stance," but declined to elaborate on the issue.

Jun Azumi, the Diet affairs chief of the main opposition Constitutional Democratic Party of Japan, lambasted Hirai, saying his behavior was tantamount to "abuse of power" and that he is "not qualified to be a minister."

"Mr. Hirai's personality is called into question. If we tolerate coercion, it will spread in society and among businesses," he said.

The app will enable foreign athletes as well as others permitted entry for the games such as Olympic officials and media to report about their health, but will not be equipped with some earlier planned functions such as recognizing visitors' faces and tracing their locations using a global positioning system.

Hirai said the government will launch the app later this month.

After the games, the government plans to revamp the app in a bid to make it usable for foreign visitors to monitor their health.

Japanese organizers and the International Olympic Committee agreed in March not to allow spectators from overseas to prevent the Tokyo Olympics, set to open in late July, and the subsequent Paralympics from turning into a global super-spreader event amid the coronavirus pandemic.

The Tokyo Olympic and Paralympic organizing committee has said the number of overseas officials and workers at the games will be reduced to at least 78,000, less than half the initial figure.