The president of the Tokyo Olympic organizing committee said Friday that canceling the games set to open in three months is not being considered, even as the Japanese capital struggles with a resurgence of coronavirus infections.

"We are putting our utmost efforts to prepare coronavirus countermeasures so (the public) can understand that the Tokyo Games can be held," Seiko Hashimoto said at a press conference before the government declared a COVID-19 state of emergency for Tokyo, as well as the western prefectures of Osaka, Kyoto and Hyogo. 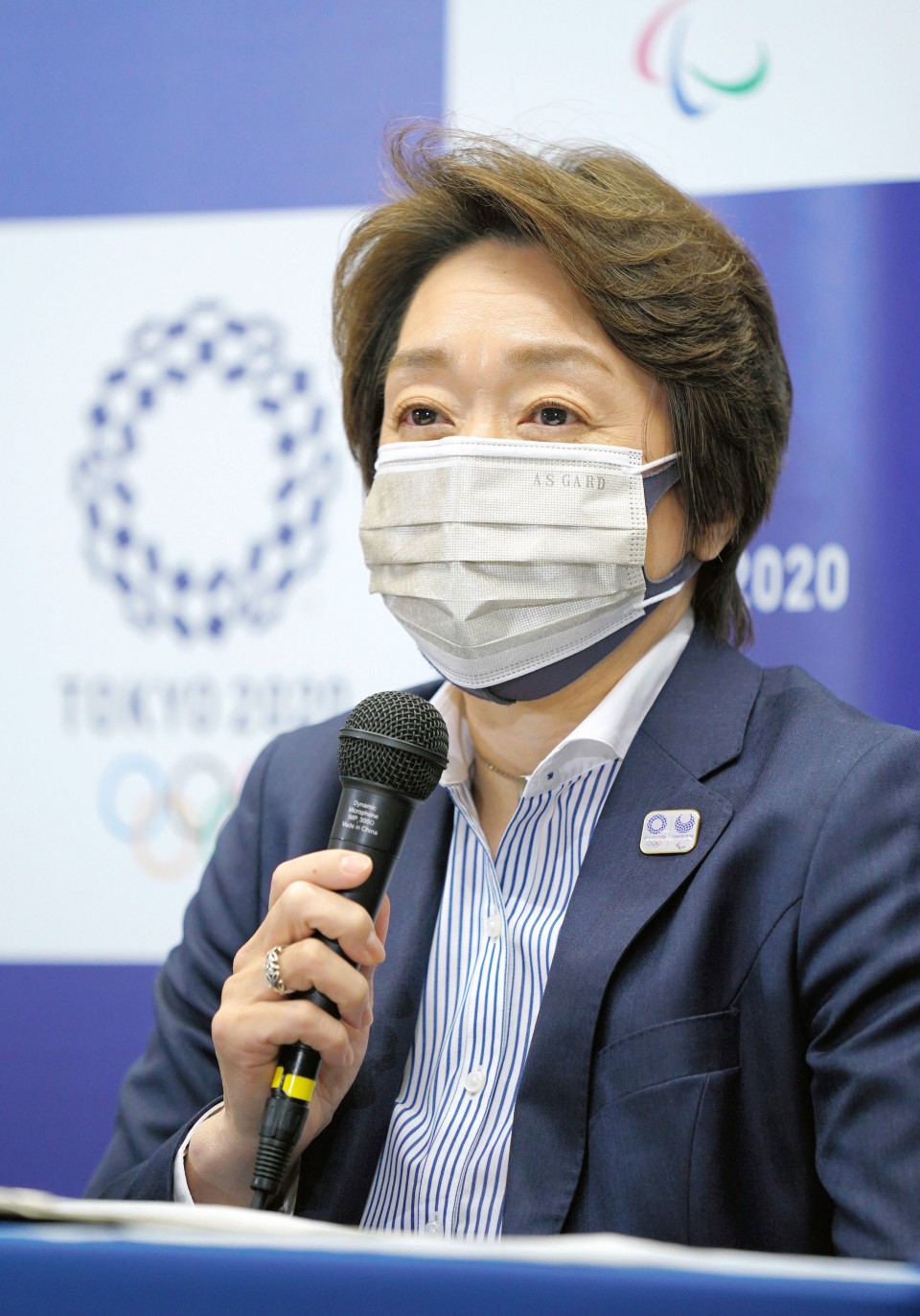 Seiko Hashimoto, the president of this summer's Tokyo Olympic organizing committee, speaks at a press conference in Tokyo on April 23, 2021. (Pool photo)(Kyodo)

While Japan marked three months until the opening of the Olympics, there are many questions left unanswered, including whether spectators will be allowed at the games' venues at all.

Media polls constantly show that most people across Japan are not in favor of hosting the games this summer, despite the government and the organizing committee's efforts to convince the public that it is possible.

In an attempt to make sure that effective steps against the virus will be taken during the games, the committee has decided to set up a panel of health experts, with its first meeting to be held next Friday, a source familiar with the matter said.

Members of the panel are expected to meet about four times before the opening ceremony on July 23, according to the source.

In a press conference on Friday, Prime Minister Yoshihide Suga renewed his pledge that the games will be "safe and secure."

Suga declared the emergency, entailing stricter anti-virus measures such as prohibiting restaurants and bars from serving alcohol, which will take effect on Sunday through May 11, covering the upcoming Golden Week holidays.

Tokyo Gov. Yuriko Koike said the roughly two-week period will be crucial in containing the spread of the virus ahead of the Olympics.

International Olympic Committee President Thomas Bach is planning to visit Japan on May 17 and 18 to attend an Olympic torch relay ceremony and meet with Suga, sources close to the matter have said.

The organizers are due to release next week the second version of the COVID-19 guidelines "playbook" for athletes, which is expected to state that athletes are required to test for the virus on a daily basis.

Hashimoto said several test events will be held during the state of emergency to review operations, but the organizing committee may scale down some of them in a bid to prevent the spread of the virus.

An athletics event at the National Stadium on May 9 that was set to have about 20,000 spectators will be held behind closed doors.

Test events have been held since 2018 and considered a vital part of the preparations. But they were suspended following the postponement of the Tokyo Games in March last year and only resumed in earlier this month.

Hashimoto revealed that she will hold a meeting next week with representatives of the IOC and three other organizers -- the International Paralympic Committee, the central and Tokyo metropolitan governments.

One of the major issues to be discussed during the five-party online meeting is how many domestic spectators should be allowed to enter the games' venues.

Regarding the issue, Hashimoto has said she wants to map out a basic outline on the issue by the end of this month.

However, she suggested Wednesday that the organizers may not make a final decision on the issue of spectators until as late as June due to the need to monitor the situation of infections in Japan closely.

The five organizing bodies decided last month to hold the Tokyo Olympics and Paralympics without spectators from overseas as part of efforts to prevent the virus from spreading during the games.