A Myanmar swimmer will skip the Tokyo Olympics in protest against the coup perpetrated by his country's military, saying he will not represent his nation when hundreds of protesters have been killed by authorities.

Win Htet Oo, a 26-year-old freestyle swimmer, said in a statement posted on his Facebook page on April 10 that he will not participate in the Tokyo Games at a time when the military junta continues its violent crackdown that has killed unarmed civilians, including some athletes. 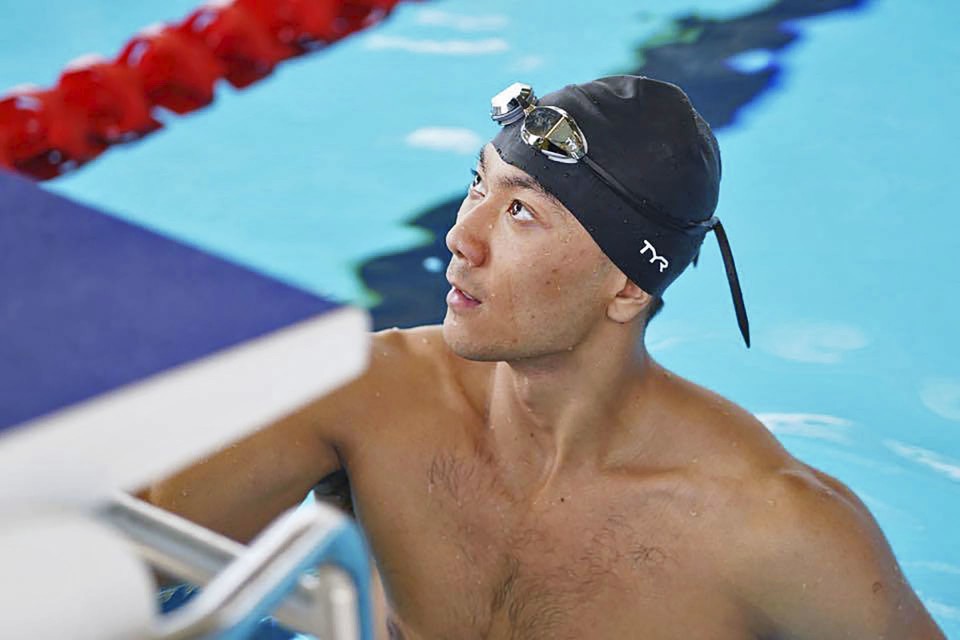 "I shall not march in the parade of nations under a flag steeped in my people's blood," the Myanmar swimmer said in the statement.

But he said, "It is my hope that the IOC refuses to acknowledge the MOC as the rightful organization responsible for the Olympic Movement in Myanmar," adding the MOC is a puppet organization for the military regime.

Win Htet Oo started swimming at 6 and progressed to become one of the leading swimmers in Myanmar. Although he missed the 2016 Rio de Janeiro Olympics, he has been working to reach the Tokyo Olympics, including moving to Melbourne, Australia, to train.

At the Southeast Asian Games in 2019, Win Htet Oo met the qualifying standard for the Olympics set by swimming's world governing body FINA.

After the games in 2019, he said on Facebook, "I will continue to do my best to show the people of Myanmar what a Myanmar can achieve in swimming."

The military seized power and ousted the elected government led by Aung San Suu Kyi on Feb. 1, bringing thousands of citizens onto the streets in protest.

Among athletes taking part in demonstrations was Ma Kyal Sin, a 19-year-old taekwondoka. She was shot and killed by the military during a protest in the country's second largest city Mandalay, Win Htet Oo said.

"Her life lived and sacrificed perfectly embodied the values we expect of our sportspersons to uphold," he wrote.

Win Htet Oo still spends his days training in Melbourne, but he said he will not represent Myanmar in Tokyo unless the nation returns to civilian rule.

"After two decades of competitive swimming, two decades of living in harmony with the values of Olympism, I may be saying goodbye to a dream I've had since I first learned to swim," he said.

Since the military seized power, security forces have killed 745 people as of Friday, according to a tally by the Thailand and Myanmar-based Assistance Association for Political Prisoners.

The country participated in its first Summer Olympics in 1948 when it was known as Burma. The nation sent a delegation to the Seoul Olympics in 1988 despite it experiencing a period of unrest and violence, with hundreds of citizens killed in pro-democracy protests held nationwide.