North Korea and China may be trying to use the Olympics as a political tool to demonstrate their amicable ties to the world, diplomatic sources said following Pyongyang's abrupt announcement the country would not take part in this summer's Tokyo Games.

Recently, North Korean leader Kim Jong Un has adopted a tough posture against the United States and the South, while he is believed to have almost no intention of getting closer to Japan as Pyongyang and Tokyo have been at odds over the long-standing abduction issue. 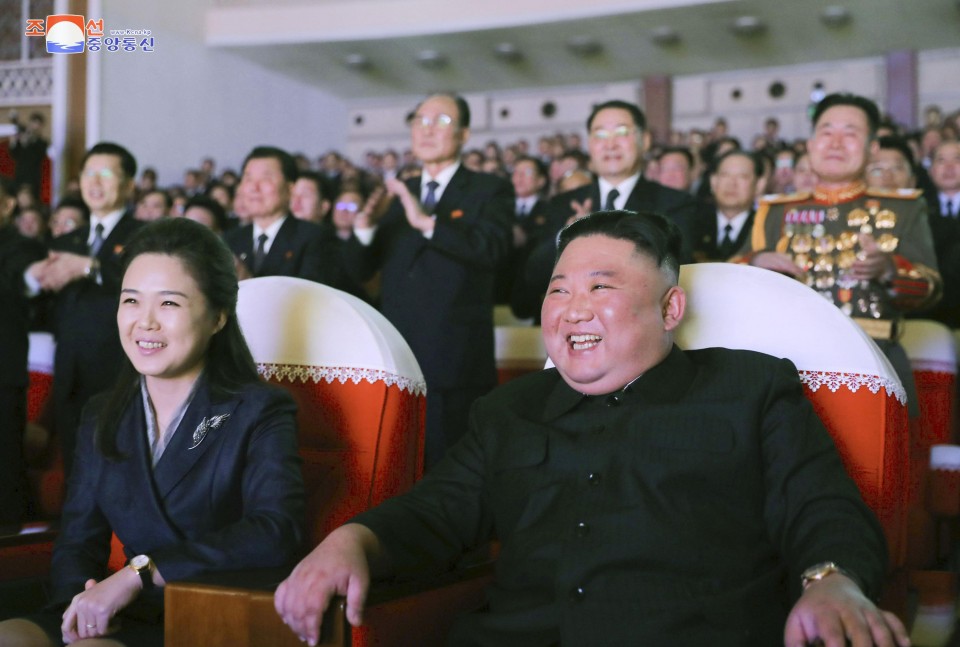 North Korea, meanwhile, has been keen to cozy up to China, its most influential political and economic ally, with their relations with the United States showing little sign of improving soon even after President Joe Biden took office in January.

Kim might be thinking it is "meaningless" to send North Korea's athletes to the Tokyo Olympics, given that his country could be annoyed by other nations urging it to abandon its nuclear arsenal and resolve the abduction issue, a diplomatic source in Beijing said.

In his talks with International Olympic Committee President Thomas Bach in March 2018 in Pyongyang, Kim was quoted by him as saying North Korea would "definitely" participate in the Tokyo Summer Olympics and the 2022 Beijing Winter Games.

Although Pyongyang has taken a pass on joining the Tokyo Olympics, postponed by a year amid the novel coronavirus pandemic, it is "most likely" to take part in the Beijing Games to "give the impression that Sino-North Korean friendship is very deep," he said.

For China's part, the Beijing Olympics in February next year would offer a "window of opportunity" for President Xi Jinping to make the United States aware that its negotiations with North Korea "would not move forward without China's support," he added.

As Biden has been struggling to find a way to ease nuclear tensions on the Korean Peninsula, Xi is expected to use the North as a "bargaining chip" to extract concessions from the United States over trade, human rights and other issues.

Since earlier this year, the Communist-led Chinese government and North Korea have been apparently bolstering their cooperation to resist political pressure from the new U.S. administration.

When North Korea fired two ballistic missiles into the Sea of Japan on March 25 in defiance of U.N. Security Council resolutions banning Pyongyang from using any ballistic technology, China shied away from condemning it.

Late last month, Xi and Kim exchanged messages and reaffirmed the necessity of strengthening ties between the two socialist neighbors, days after China and the United States held two-day foreign ministerial talks through March 19 in Alaska.

At the gathering, Beijing and Washington failed to make a major breakthrough in their strained bilateral relations, which have begun to deteriorate in the wake of a tit-for-tat trade war waged by Biden's predecessor, Donald Trump.

North Korea's official media quoted Xi as telling Kim that China is ready to "provide the peoples of the two countries with a better life," underscoring Beijing's eagerness to supply economic assistance to Pyongyang.

Indeed, China has been preparing to reopen a bridge on the Yalu River connecting it with North Korea, sparking speculation that traffic between the two nations may resume by the end of this year.

North Korea's economy has languished further since it cut off traffic to and from neighboring China and Russia in early 2020 in an attempt to prevent the coronavirus, first detected in the Chinese city of Wuhan, from entering.

On Tuesday, North Korea said the country's Olympic committee decided not to dispatch its athletes to the Tokyo Olympics to protect them from the "global health crisis situation" related to the virus that causes COVID-19 disease.

Pyongyang claims no virus cases have been confirmed in the nation, but it is vulnerable to infectious diseases against a backdrop of food and medical supply shortages triggered by economic sanctions aimed at thwarting its nuclear and missile ambitions.

North Korea might have decided not to join the Tokyo Olympics as it has been "really concerned" about the virus situation in Japan's capital, where the number of infections remains relatively high, said a source familiar with Pyongyang's affairs.

The source, however, said North Korea's non-participation in the games may reflect Kim's unwillingness to interact with Japan, one of the closest security allies of the United States in East Asia.

Pyongyang and Tokyo have been divided over the issue of abductions of Japanese nationals by North Korean agents in the 1970s and 1980s.

After five abductees were brought back to Japan in 2002, Tokyo has been seeking the return of 12 others whom it has officially recognized as having been abducted by North Korea. It also suspects Pyongyang's engagement in other Japanese citizens' disappearances.

North Korea has argued the abduction issue has been "already resolved," saying eight of them, including the iconic abductee Megumi Yokota, have died, and the other four never entered the country.

"Kim does not want to be involved in the Tokyo Olympics as the Japanese government is certain to call on North Korea to talk about the issue during the event," the source said.

"By skipping the Tokyo Olympics but joining the Beijing Olympics, North Korea can show its commitment to boosting ties with China, and China can also show off its clout on North Korea. This would create a win-win outcome for them," he added.

In 1949, China and North Korea established diplomatic relations. They fought together in the 1950-1953 Korean War against the U.S.-led United Nations forces and have long been described as "blood brothers."

North Korea depends on China for more than 90 percent of its trade, while Pyongyang has no diplomatic ties with Tokyo and Washington.