Suga's decision to skip Thursday's ceremony in Fukushima Prefecture comes as parliamentary deliberations over the draft budget for the coming fiscal year starting in April continue. 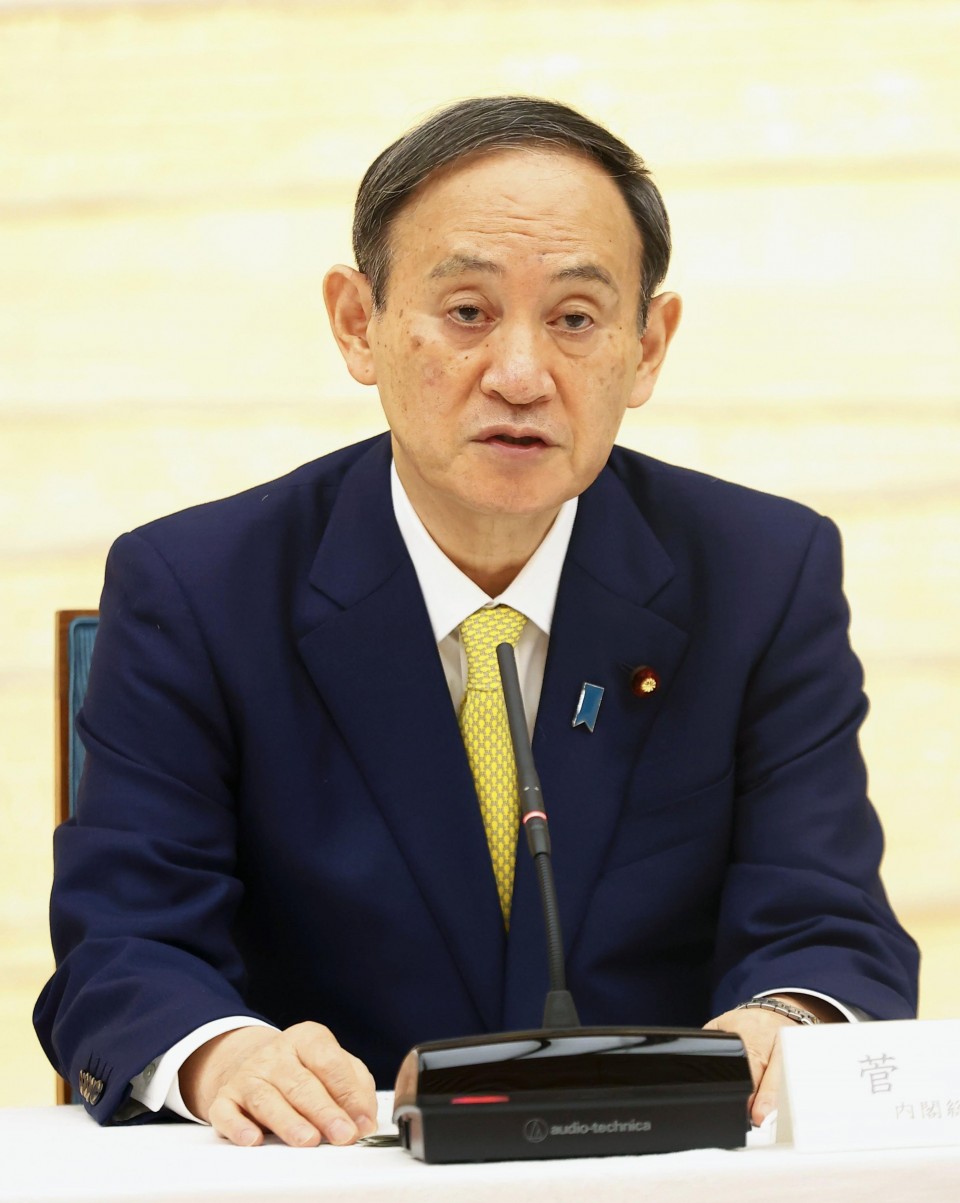 Prime Minister Yoshihide Suga speaks during a meeting in Tokyo on March 23, 2021. (Kyodo)

"I will hold off on attendance after comprehensively considering parliamentary schedules and other aspects," Suga said in a statement responding to media questions.

The ceremony will be held at the J-Village soccer training center in the northeastern Japan prefecture, which was a frontline base to deal with the nuclear crisis triggered by the catastrophic March 2011 earthquake and tsunami.

Suga has said the torch relay will be "a light of hope" for the region's recovery from the disaster and "an important opportunity" for Japan to realize that the games are approaching.

The Olympics are scheduled to start on July 23 without foreign spectators amid the coronavirus pandemic.