Tokyo Olympic chief Yoshiro Mori will resign after making sexist remarks that sparked global outrage, people familiar with the matter said Thursday, resulting in a rare leadership transition with less than six months to go until the opening of the rescheduled games amid the coronavirus pandemic.

Saburo Kawabuchi, an 84-year-old former president of the Japan Football Association, told reporters he is ready to accept a request by the Olympic organizing committee to take over the top job from Mori, a former prime minister.

Mori, 83, is expected to announce his resignation on Friday during a special executive meeting of the organizing committee, arranged to address repercussions from his remarks. 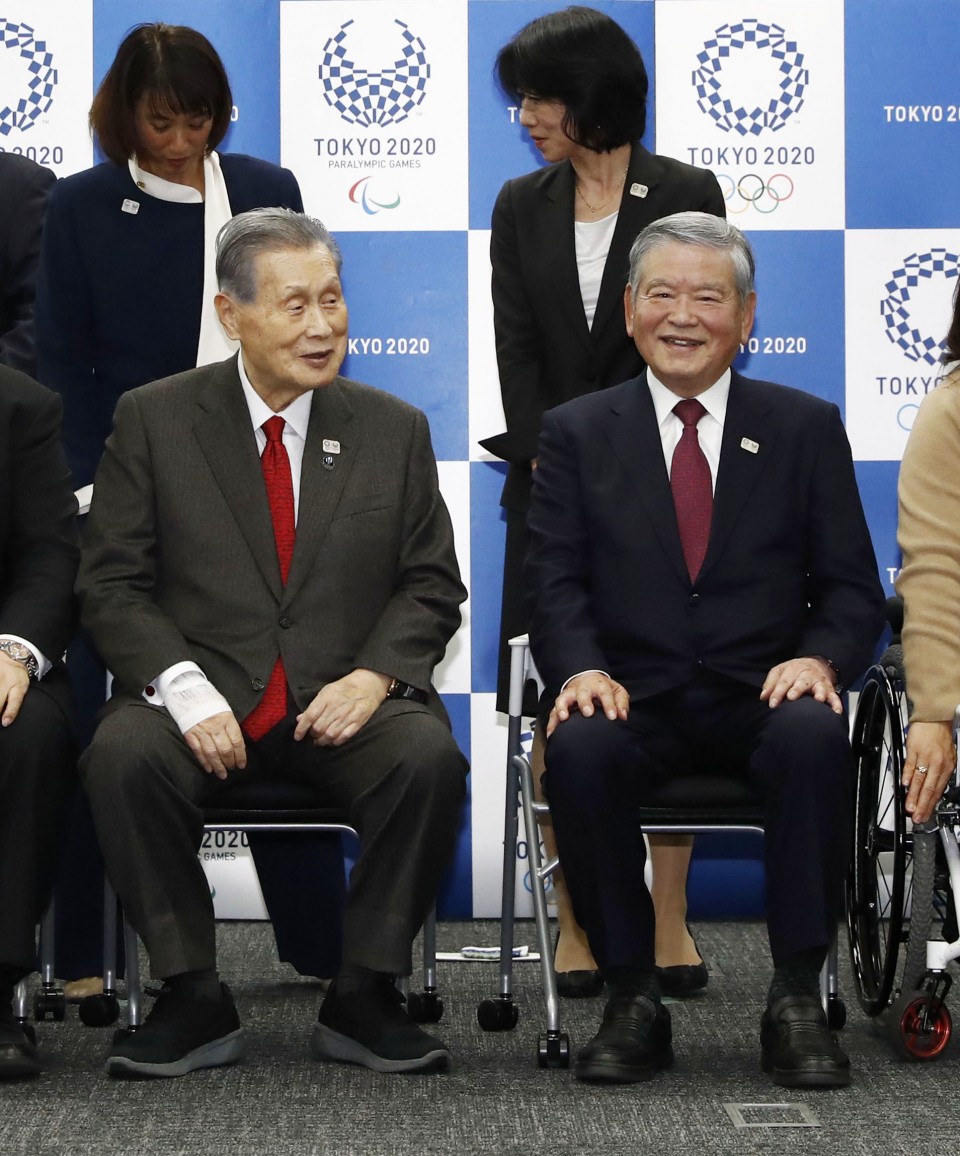 Tokyo Olympic organizing committee chief Yoshiro Mori (L) and former Japan Football Association President Saburo Kawabuchi are pictured during a press conference in Tokyo on Feb. 3, 2020. Mori decided in February 2021 to step down over making controversial remarks blasted both in Japan and abroad as sexist, with Kawabuchi likely to replace him. (Kyodo) ==Kyodo

"First of all, I have to apologize for causing trouble and say please take care of the rest of the task. What's important is the success of the Olympics," a person close to Mori quoted him as saying.

But the expected leadership change in the Tokyo Olympic organizing committee -- a handover from an 83-year-old man to an 84-year-old man -- suggests that Japan remains a male-dominated country with elder leaders gripping power in many areas.

Mori said at a Japanese Olympic Committee gathering Feb. 3 that having women participate in meetings meant they tended to "drag on." He apologized and retracted the comments the following day, but said he would not resign.

Tokyo Gov. Yuriko Koike told reporters she received an explanation from Mori by phone and added that the metropolitan government will "continue to work toward the success" of the Olympics and Paralympics.

Kawabuchi, one of the councillors of the organizing committee, who held a meeting with Mori on Thursday, said he was asked by the former prime minister to take over the role as president. The 84-year-old is known for leading the professionalization of Japanese soccer and was the inaugural chairman of the J-League.

"It is my biggest mission to make it possible to stage (the Summer Games) by any means," said Kawabuchi, who currently serves as mayor of the Tokyo Olympic athletes village.

"It is an honor. I'd like to accept and offer my assistance so that Mr. Mori's efforts will not come to waste," he said in the city of Chiba, near Tokyo.

Mori's remarks triggered backlash from the public as well as top corporate sponsors of the games, and pressure increased day by day on him to step down.

While he offered an apology at a press conference on Feb. 4, he was widely criticized for being insincere, further fueling public anger.

The International Olympic Committee initially said the issue was closed after Mori apologized for the remarks but issued a fresh statement Tuesday calling his comments "absolutely inappropriate."

His remarks have led to more than 1,600 angry phone calls and emails to the Tokyo metropolitan government. The organizing committee said about 400 volunteers for the games had withdrawn their applications as of Monday.

Prime Minister Yoshihide Suga and some other lawmakers of the ruling Liberal Democratic Party said Mori's remarks were inappropriate but refrained from joining mounting calls from the public and opposition parties for his resignation.

Mizuho Fukushima, head of the Social Democratic Party, said Mori's planned resignation "is the result of many women and others raising their voices."

The controversy caused by his comments comes at a time when plans to host the Summer Games, due to begin July 23, are unpopular among the Japanese public. 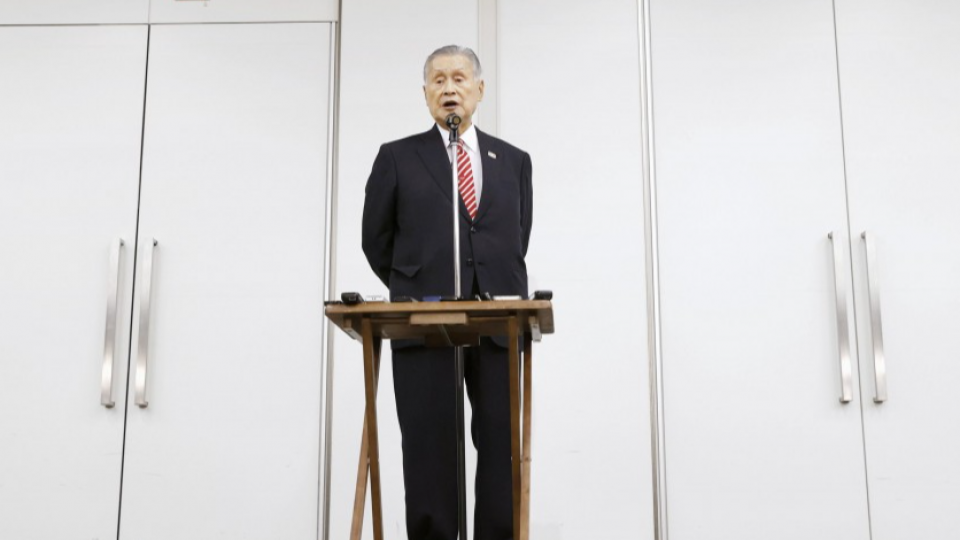 A Kyodo News survey conducted over the weekend found that 47.1 percent think the Olympics and Paralympics should be postponed again due to the coronavirus pandemic, and 35.2 percent believe the games should be canceled, with just 14.5 percent saying they should be held as planned.

Mori's comments were made in reference to the JOC's plan to increase the number of women on its board. He said that women talk too much in meetings and suggested that the time allotted to them to speak should be limited.

He also said in his roughly 40-minute speech that seven women on the 35-member board of the organizing committee "understand their place," and their remarks are "to the point and extremely useful."

In Yokohama, where some of the Olympic baseball and softball matches are scheduled to be held, Tomoe Kusano, a 28-year-old student, said Mori should have decided to resign sooner.

"The decision came too late given that there was criticism also from overseas. It ended up making known to the world that Japanese politicians are not capable," Kusano said. 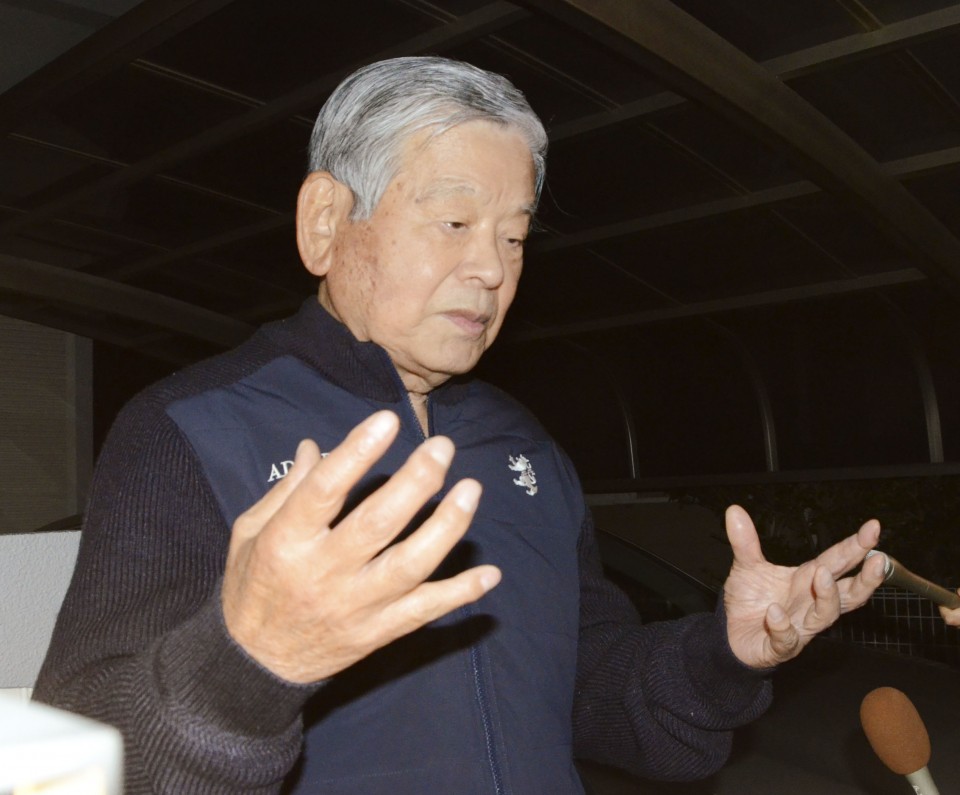 Former Japan Football Association President Saburo Kawabuchi meets the press in Chiba near Tokyo on Feb. 11, 2021, saying he is ready to accept a request to take the helm of the Tokyo Olympic organizing committee. Yoshiro Mori is to step down from the post to take the blame for his recent sexist comments. (Kyodo) ==Kyodo

Mori, known for numerous controversial remarks in the past, has served as chief of the organizing committee since its launch in January 2014.

While prime minister between 2000 and 2001, he said Japan is a "divine nation" centered on the emperor, a view that runs counter to Japan's postwar Constitution. He retired from politics in 2012 after four decades as a lawmaker.

Mori has been heavily involved in promoting sports in Japan and played a key role in bringing the Rugby World Cup to the country in 2019, the first time Asia had held the prestigious event.

He served as president of the Japan Rugby Football Union for 10 years until his term expired in 2015, then as honorary chairman until months before the 2019 Rugby World Cup.