Seiko Hashimoto, who was selected as the Tokyo Olympic organizing committee's new president, is best known as a seven-time Olympian, but has also devoted herself to empowering women in Japan's male-dominated political world as a lawmaker and minister.

Dubbed a "child of the Olympics," the 56-year-old has competed in speed skating at four Winter Games and cycling at three Summer Games between 1984 and 1996. 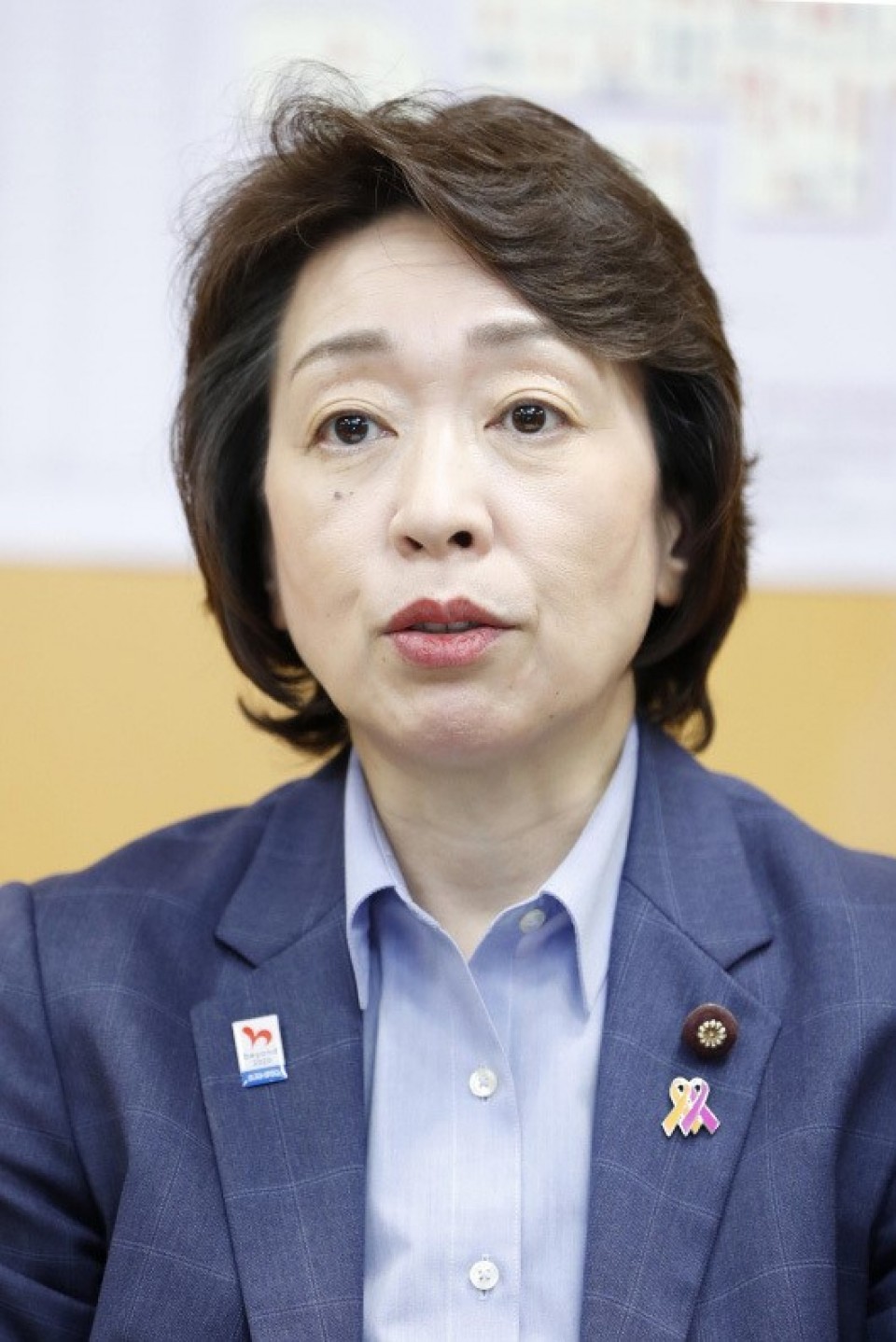 Japan's Olympic minister Seiko Hashimoto is pictured in July 2020 at her office. (Kyodo)

She became the first Japanese woman to win an Olympic medal in winter by finishing third in the women's 1,500-meter speed skating event at the 1992 Games in Albertville, France.

Born in Japan's northernmost main island of Hokkaido five days before the opening of the 1964 Summer Games in Tokyo, her first name Seiko comes from "seika," meaning the Olympic flame in Japanese, as her father hoped she would become an Olympic athlete in the future.

As a politician, Hashimoto was first elected to the House of Councillors in 1995, before becoming the first incumbent lawmaker to compete in the Olympics, at the Atlanta Games in the following year.

Yoshiro Mori, who resigned last week as the organizing committee's chief over sexist remarks, was behind Hashimoto's entry into politics and she belonged to an intraparty faction the former prime minister headed.

Winning a six-year term in the upper house for the fifth straight time, Hashimoto became the first female head of the ruling party's upper house caucus in 2016.

In addition to her image as an athlete, Hashimoto's past portfolios included women's empowerment and gender equality.

After marrying a policeman in 1998, she gave birth to a daughter in 2000 at age 36, which was the first childbirth by an incumbent lawmaker in half a century after Tenkoko Sonoda, a late lower house member, gave birth in 1950 and 1951.

Her absence from the parliament session in 2000 to give birth prompted the country's Diet to introduce maternity leave for its members.

Her giving birth to children coincided with Olympic years -- 2000 in Sydney, 2004 in Athens and 2006 in Turin -- and she gave the three of them names related to the sports events. As her husband had three children with his previous late wife, she has brought up a total of six children.

In 2010, a nursery within a parliament members' office building opened as a result of Hashimoto and her fellow female lawmakers' efforts.

Known for her friendly character, Hashimoto has made headlines in the past for her behavior related to drinking alcohol.

In 2014, she apologized following a report by a weekly magazine that claimed she had sexually harassed Vancouver Olympic figure skating bronze medalist Daisuke Takahashi by kissing him during a party after the Sochi Olympics in that year. Takahashi denied he was harassed by Hashimoto.

Late last year, she also drew fire for dining with five other people at a high-end sushi restaurant despite the government's warnings to the public to refrain from such events in large groups to prevent the spread of the novel coronavirus.