The 84-year-old former Japan Football Association president, who played soccer for Japan at the 1964 Tokyo Olympics, recently spoke with Kyodo News about his role overseeing the village, which will host some 18,000 athletes over the course of the July 23 to Aug. 8 games. 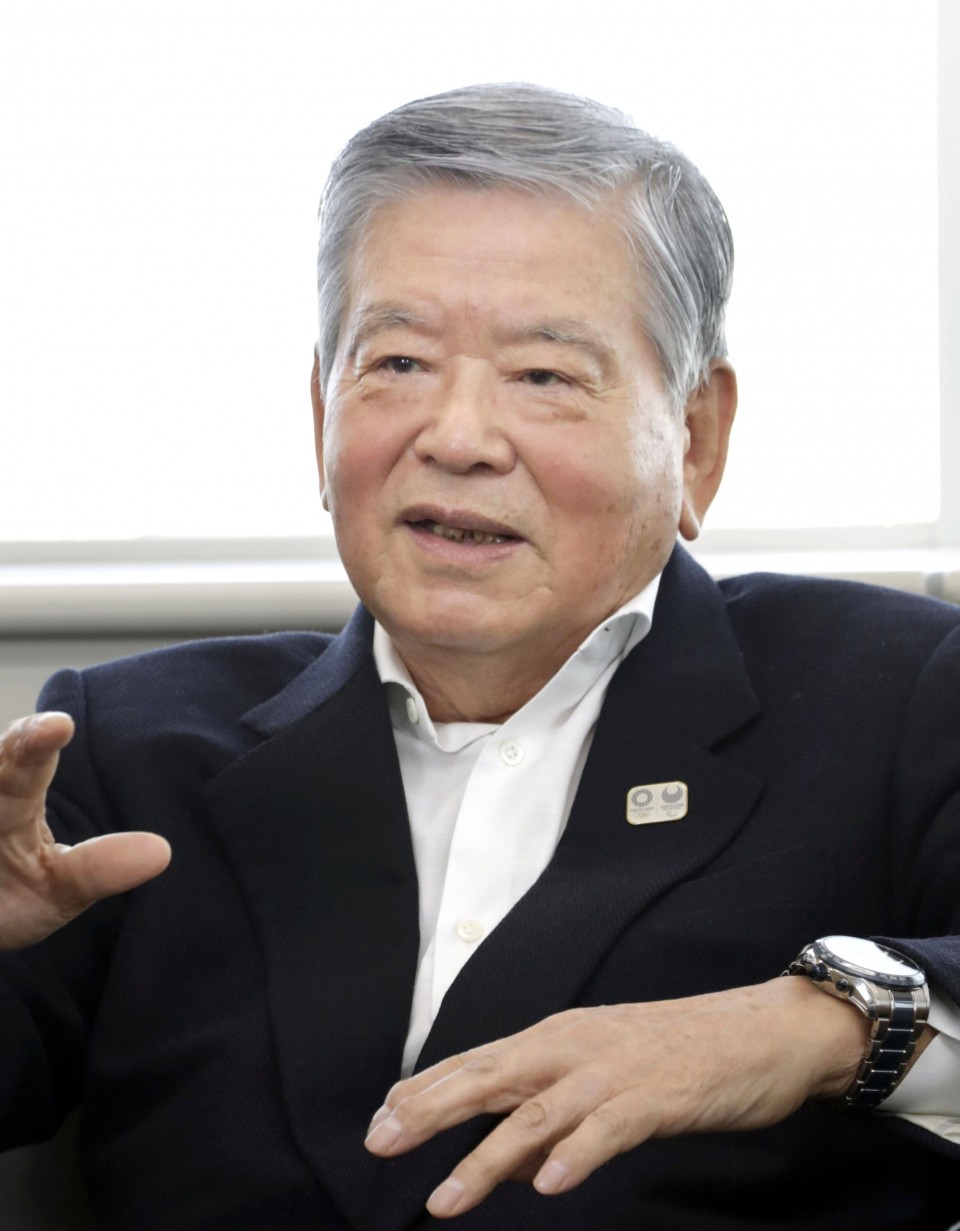 "It's almost a miracle to be the head of the Olympic village 57 years after I played soccer at the 1964 Tokyo Games," said Kawabuchi, who led the professionalization of Japanese soccer as one of the founders and the inaugural president of the J-League.

"It feels as though I was handed one last major role to play in the remainder of my life."

Along with limiting the period of stay for athletes at the Olympic village, games organizers will aim to prevent the spread of the coronavirus by emphasizing safety measures including avoidance of the "three Cs" -- confined spaces, crowded places and close-contact settings.

"I want athletes to understand that avoiding the three Cs, while also wearing a mask, gargling and washing hands will be essential. We want to create a safe and secure environment for them to socialize," Kawabuchi said.

In response to calls to cancel the games, Kawabuchi said he "strongly believed they must be held," with the global pandemic giving them added importance.

"People around the world have come to recognize the measures taken by Japan against coronavirus infection, such as the three Cs, to a good degree. If the Olympics are held successfully, it will clearly demonstrate their importance," he said.

The Olympic village mayor said he was also strongly against the games being held behind closed doors with no spectators, as has been the case for many major sporting events since the start of the pandemic.

"Having the best athletes in the world competing without an audience would be like cooking a meal with no seasoning. It's the fans who provide the excitement and make the athletes want to give their best. The fans give them the power to far exceed what we imagine possible," he said.

While limiting the duration of stay for athletes at the village is central to the safety strategy, Kawabuchi is concerned it will prevent those competing in the latter part of the games from attending the opening ceremony, one of his fondest memories from the 1964 games.

"As soon as we entered the stadium gate, we heard a loud cheer and the Olympic March. I was so moved and excited, I couldn't express it. Nothing in life could beat that feeling," he said.