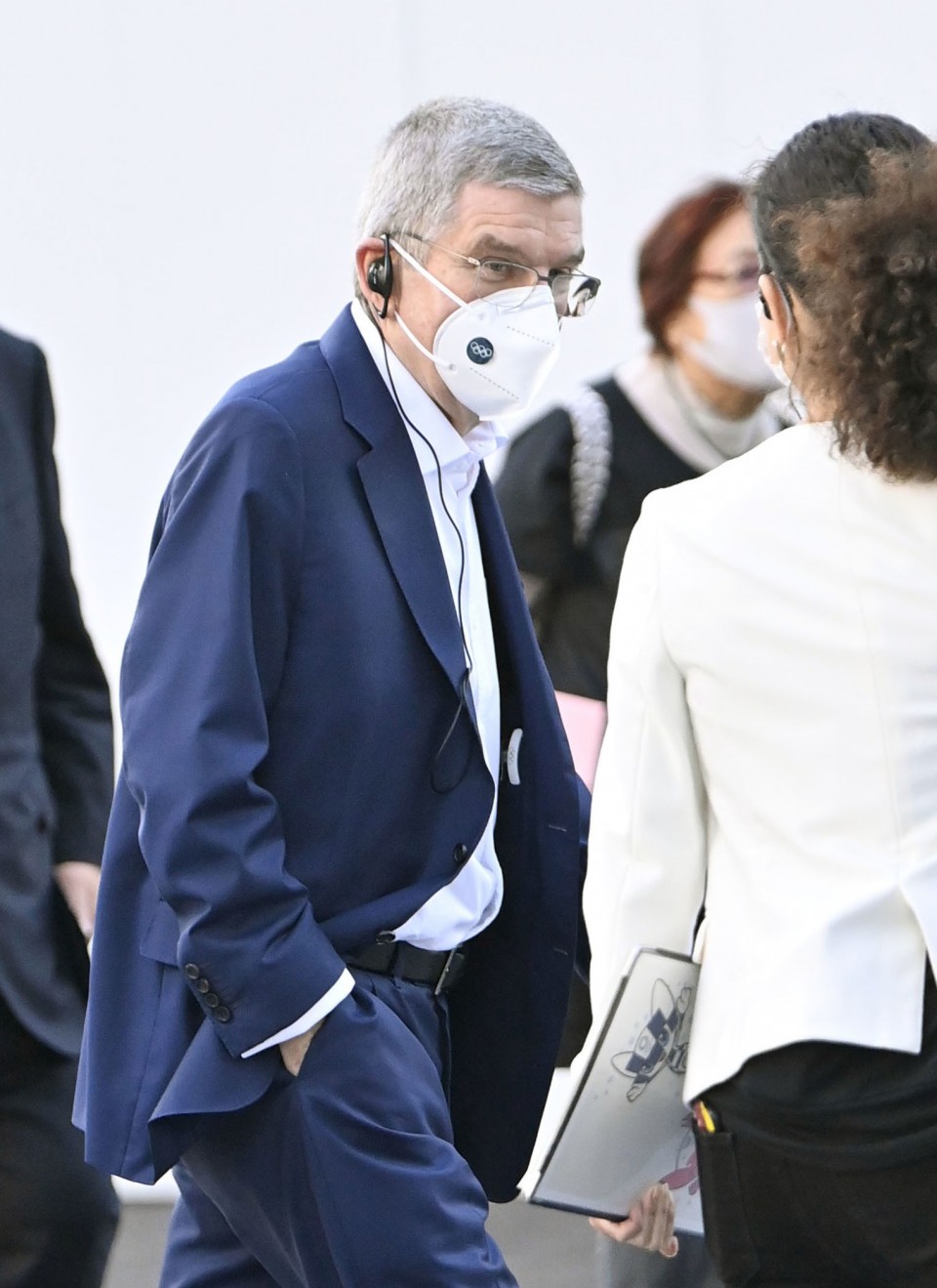 International Olympic Committee President Thomas Bach on Tuesday visited the athletes' village for the postponed Tokyo Games, where health and safety measures to combat the novel coronavirus will include the establishment of a new outpatient facility.

On day three of his four-day stay in the Japanese capital, Bach also made an afternoon visit to the newly built National Stadium, the venue for the opening and closing ceremonies of the Olympics and Paralympics, as well as athletics events and soccer matches.

Bach, wearing a mask, was welcomed at the athletes' village by triathlete Ai Ueda, aiming for her fourth straight games appearance next summer, and Sarina Satomi, the winner of the para-badminton world championship last year in the WH1 class.

The mayor of the village, former Japan Football Association President Saburo Kawabuchi, showed Bach around the residential units in the Harumi waterfront district where some 10,000 athletes and coaches are set to be housed during the games next summer.

In addition to setting up the outpatient department inside the existing general clinic, a government-led panel is also mulling coronavirus countermeasures such as reducing the number of chairs at the village's dining hall.

The 60,000 capacity National Stadium, featuring wooden roofing and facades, was completed last November on the site of the old stadium used when Tokyo previously hosted the Summer Games in 1964.

"In nine months from now, we'll come here for these games and then it will be the real Olympic stadium. It has a lot of atmosphere already," said Bach, who walked the athletics track and viewed spectator seating.

Bach also visited the nearby Japan Olympic Museum, where he spoke with judoka Shohei Ono, the men's 73-kilogram gold medalist at the 2016 Rio de Janeiro Games.

During Bach's visit to the stadium precinct, a group of about a dozen protesters gathered nearby and used loudspeakers to call for the immediate cancelation of the games.

Bach, who plans to visit Japan again next spring, around the start of the torch relay, held a meeting Monday with Japanese Prime Minister Yoshihide Suga at which they reiterated that the Tokyo Games will be held as planned next summer.

On Tuesday morning, Bach met with Australian Prime Minister Scott Morrison at the Australian Embassy in Tokyo. According to the IOC, Morrison reiterated his government's support for the Australian state of Queensland making a bid to host the 2032 Summer Games.

Morrison held talks with Suga on Tuesday afternoon. He is the first foreign leader to travel to Tokyo to meet with Suga since he became premier in September. 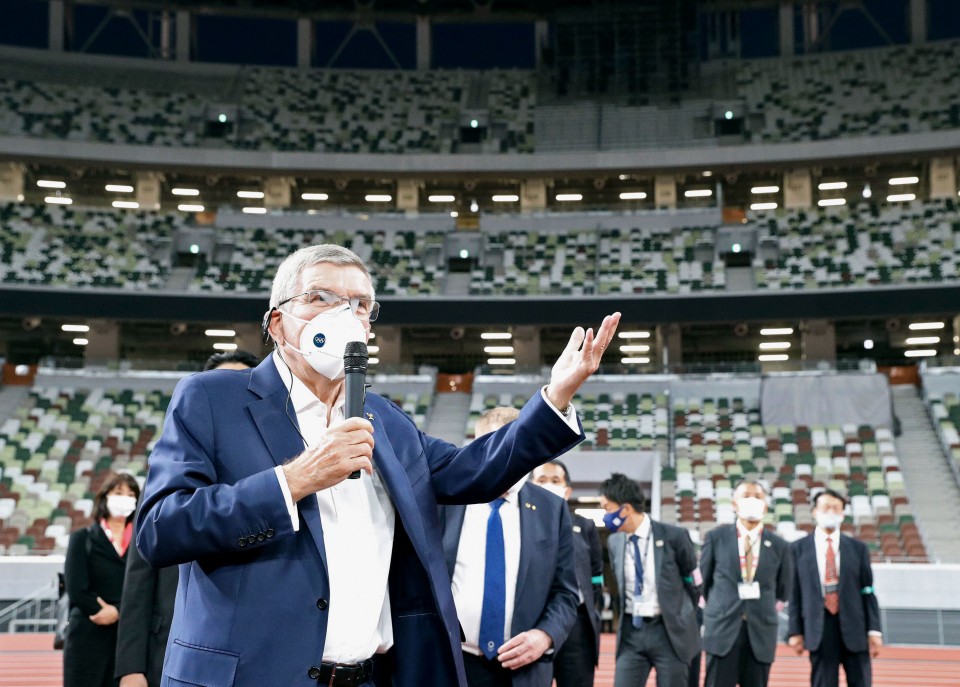 International Olympic Committee President Thomas Bach (front) speaks to reporters during his visit to Tokyo's new National Stadium on Nov. 17, 2020. The stadium will host the opening and closing ceremonies of the postponed Olympics and Paralympics, as well as athletics events and soccer matches. (Pool photo) (Kyodo) ==Kyodo