The Tokyo Olympics and Paralympics organizing committee has estimated the cost of novel coronavirus countermeasures at around 100 billion yen ($960 million), sources with knowledge of the matter said Sunday.

The organizing committee, the Tokyo metropolitan government and the Japanese government are to present an interim report on coronavirus countermeasures on Dec. 2, having held several meetings on the issue since September, the sources said. 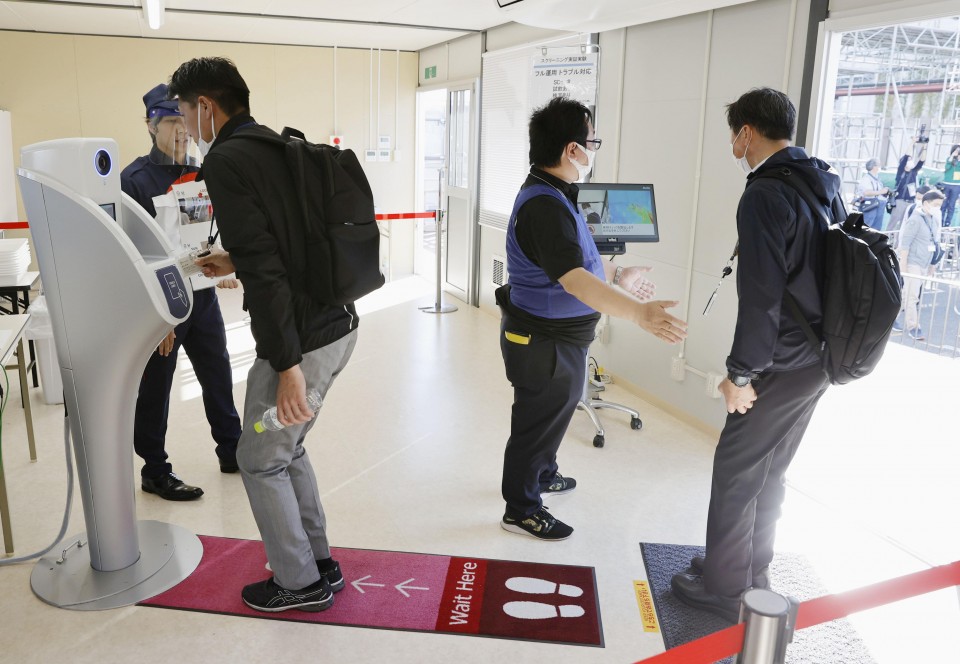 A man (R) has his temperature checked by a thermography device in Tokyo on Oct. 21, 2020, during a demonstration to the media of security checks for next year's Tokyo Olympics and Paralympics in the Japanese capital. (Kyodo) ==Kyodo

The one-year postponement of the Olympics and Paralympics to next summer due to the pandemic will drive up the total price tag of the games by some 200 billion yen, according to the sources, and the three parties will determine how much of that additional burden each will shoulder.

The coronavirus countermeasure costs will include the setting up of health care infrastructure, including a testing system, and procuring the necessary equipment for infection prevention.

Additional operating costs from the one-year postponement are expected to include expenses related to securing games venues, equipment rental and storage fees, and expenditures on labor.

The games were expected to cost around 1.35 trillion yen before they were postponed in March, just four months before the Olympic opening ceremony was slated to be held in the Japanese capital.

Of that sum, the organizing committee was planning to cover 603 billion yen, the Tokyo metropolitan government 597 billion yen and the central government the remaining 150 billion yen. The additional costs are to go on top of these figures, the sources said. 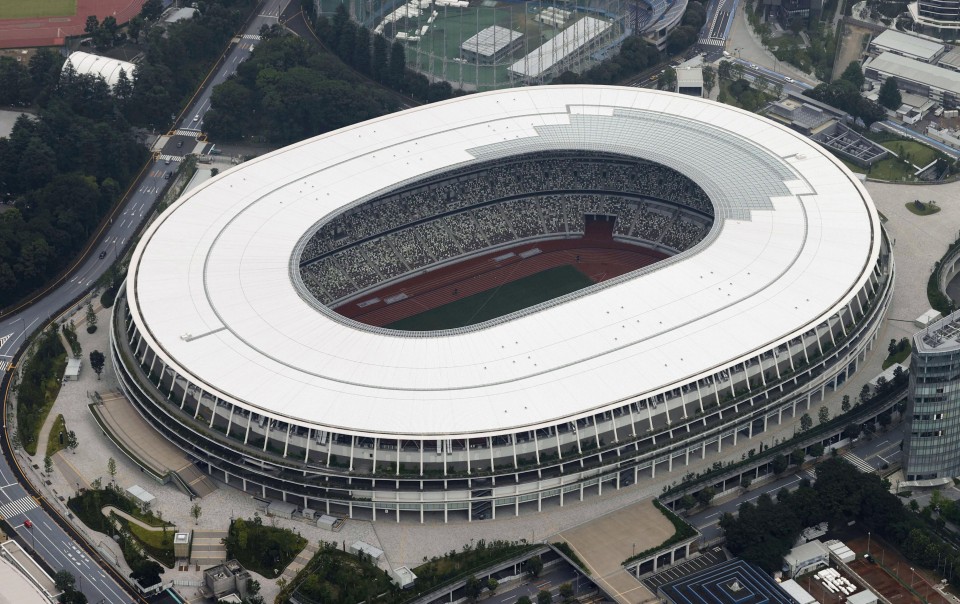 The organizing committee is hoping to raise funds through additional contributions from sponsors and from insurance damage claims.

Soon after the postponement was announced in March, sources estimated the additional postponement-related operating costs would be approximately 300 billion yen

The organizing committee has since striven to simplify the games and cut spending wherever possible to make holding the Olympics and Paralympics in 2021 more palatable to the Japanese public.

Last month, organizers announced their simplified plan will save an estimated 30 billion yen after agreeing with the International Olympic Committee on 52 areas that could be streamlined.

The sources said the cost of coronavirus countermeasures will be largely shouldered by the national government as they plan for visiting athletes, stakeholders and spectators.

Thorough explanations will be required, however, on the use of public funds during a period of social and economic hardship amid the coronavirus pandemic. Otherwise, organizers risk drawing flak at a time when there are no guarantees the games will still take place, a source within the organizing committee said.

The Olympics are scheduled to be held between July 23 and Aug. 8 next year, followed by the Paralympics from Aug. 24 to Sept. 5.

Online applications for refunds of Olympic tickets closed at noon on Monday for ticket holders in Japan unable to attend the Olympics next summer due to the postponement. The organizers will begin issuing refunds in late December.

Refund applications for Paralympic tickets will be accepted from Dec. 1 to 21, with refunds to be made from mid-January.