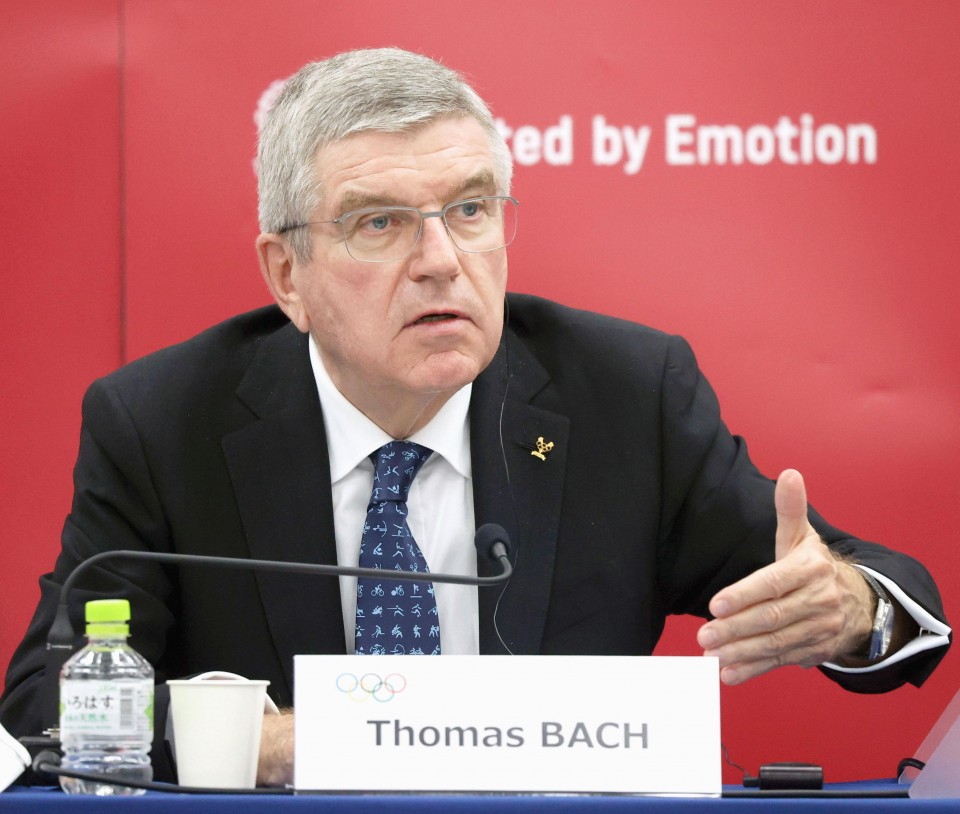 International Olympic Committee President Thomas Bach said Monday the "top priority" during the postponed Tokyo Olympics remains the safety of athletes and spectators, despite his desire to hold the games with a full crowd.

Speaking at a press conference in Tokyo, Bach said the IOC could shoulder some of the costs of vaccinating participants for the disease COVID-19 if a vaccination becomes available, in addition to possibly limiting the number of spectators at venues to achieve the goal.

"We will undertake all the efforts that as many participants as possible accept a vaccine," Bach said, adding he is "more confident" that other remedies will be developed in the eight months until the opening of the games.

"Of course everybody in the Olympic Games would like to have a full house, a full capacity stadium. But the top priority of the IOC and of the organizing committee has always been, and remains, to offer a safe environment, also for spectators," Bach said.

He, however, denied that vaccinations would be required for overseas visitors to enter Japan.

He also said recent sports events have shown that it is possible to have spectators in a safe environment, but he added that "it is too early" to tell what the situation will be at the Olympics next year.

In the time remaining until the games start, he said that Olympic officials will monitor upcoming developments to determine the number of spectators, which "can be less in different cases."

Bach arrived in Tokyo on Sunday for a four-day visit, his first to Japan since he agreed with then-Prime Minister Shinzo Abe in March to postpone the Summer Games due to the global health crisis.

Earlier in the day, he held talks with Japanese Prime Minister Yoshihide Suga, at which they agreed to work closely to hold the games as planned next summer.

The Japanese government, which hopes the Olympics will revive an economy battered by the pandemic, will decide by next spring whether spectators from abroad will be allowed to attend the games.

An international gymnastics tournament involving athletes from Japan, Russia, China and the United States, was held in Tokyo earlier this month.

Japanese sports events, including baseball and soccer matches, have also been held in front of a limited number of spectators.