A recent plan to simplify the postponed Tokyo Olympics means the event is likely to see much less hospitality extended to high-ranking Olympic officials that has fueled accusations of overindulgence at past games.

In an effort to cut the costs of the one-year delay of the Tokyo Olympics and Paralympics, the organizing committee plans to reduce the level of hospitality spent on visiting IOC members among others next summer.

As the unprecedented delay of the Summer Games due to the COVID-19 pandemic is expected to cost several hundreds of billions of yen, the committee has reviewed the special treatment of officials, which includes offering free alcoholic beverages. 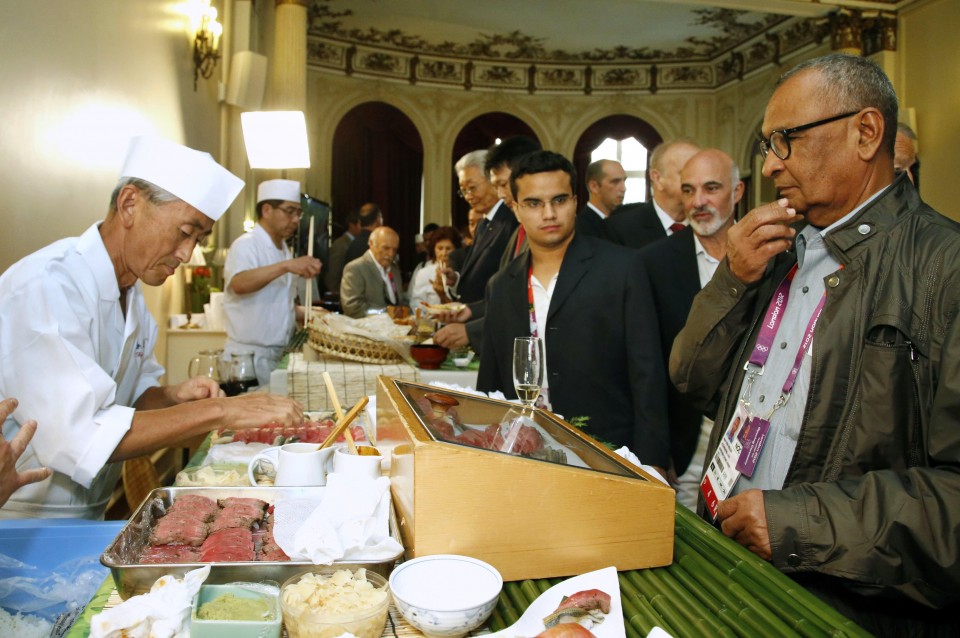 "There were parties somewhere every night. It seemed like almost the same people showed up," Yoshiro Mori, the president of the Tokyo organizing committee, said at a press conference on Oct. 7. "I have always wondered whether it is okay for the Olympics to spend this much money."

"Those involved with the games such as the Olympic family were able to party every night with free alcoholic beverages. They may not like it that the same will not be offered (in Tokyo), but I believe (the games) will serve as a good model," he said.

During past games, the hosts had set up a VIP lounge at every venue, offering free services to members of the "Olympic family," which refers to IOC members and those involved with international sports governing bodies, among others.

At the 2016 Rio de Janeiro Games, they were able to receive free food such as fruits, sandwiches and salad in the lounges, in addition to beverages, including coffee and beer.

As the costs of the postponement soar, however, with the organizers also forced to strengthen measures to prevent the spread of the novel coronavirus, they have decided against offering the same hospitality in the Japanese capital.

The games were expected to cost around 1.35 trillion yen ($13 billion) before they were postponed in March due to the global health crisis, just four months before the Olympic opening ceremony.

In September, the committee agreed with the IOC on 52 items to be streamlined, which will save an estimated 30 billion yen. Among those were reducing the number of temporary facilities and lighting during the games, as well as reviewing the number of staff members of the organizing committee.

The opening ceremony of the IOC Session in Tokyo planned ahead of the Olympics, held between July 23 and Aug. 8 next year, was canceled as a cost-cutting measure.

Food and beverages to be provided at the Olympic family's lounge at each venue will also be reviewed, while the decorations will be reduced by 45 percent, the organizers said.

In addition, the organizing committee had planned to equip roughly 490 hotel rooms for the Olympic family members with cable TV that requires a specialized network and device. But they will be replaced instead with an internet streaming service.

The organizers are expected to put together a new budget plan by the end of the year. The committee said it will begin discussing its share of expenses with Tokyo, the central government and the IOC.

"Since the games will be paid by taxes, the excessive hospitality to Olympic family members is inappropriate," said Yuji Ishizaka, an associate sports sociology professor at Nara Women's University in western Japan.

"The aristocratic behaviors by the IOC members among others have led to damaging the image of the Olympics, so the simplification is a chance to review the degree of hospitality they receive," he said. "(The organizers) should refrain from offering meals and alcoholic beverages at the lounges."