The appearance of athletes from South Sudan in the 2020 Tokyo Olympics this summer was poised to be a testament to the firm connection Japan has fostered with the world's newest country through sports.

That opportunity passed for the moment when the games were postponed due to the coronavirus pandemic. But with the five-member delegation finding itself stranded in Japan since arriving for a lengthy training camp last November, the bond has only grown stronger.

The beneficiaries already of a program Japan has promoted to help heal the wounds of civil war, the South Sudanese are thriving at their base in Gunma Prefecture, north of Tokyo, taking advantage of training conditions that compare starkly with the minimal facilities available back home.

Abraham Guem, a 1,500-meter runner and one of three Olympic runners in the team alongside a Paralympic runner and a coach, recalls having mixed emotions when the news came in March that the games would be postponed for a year. 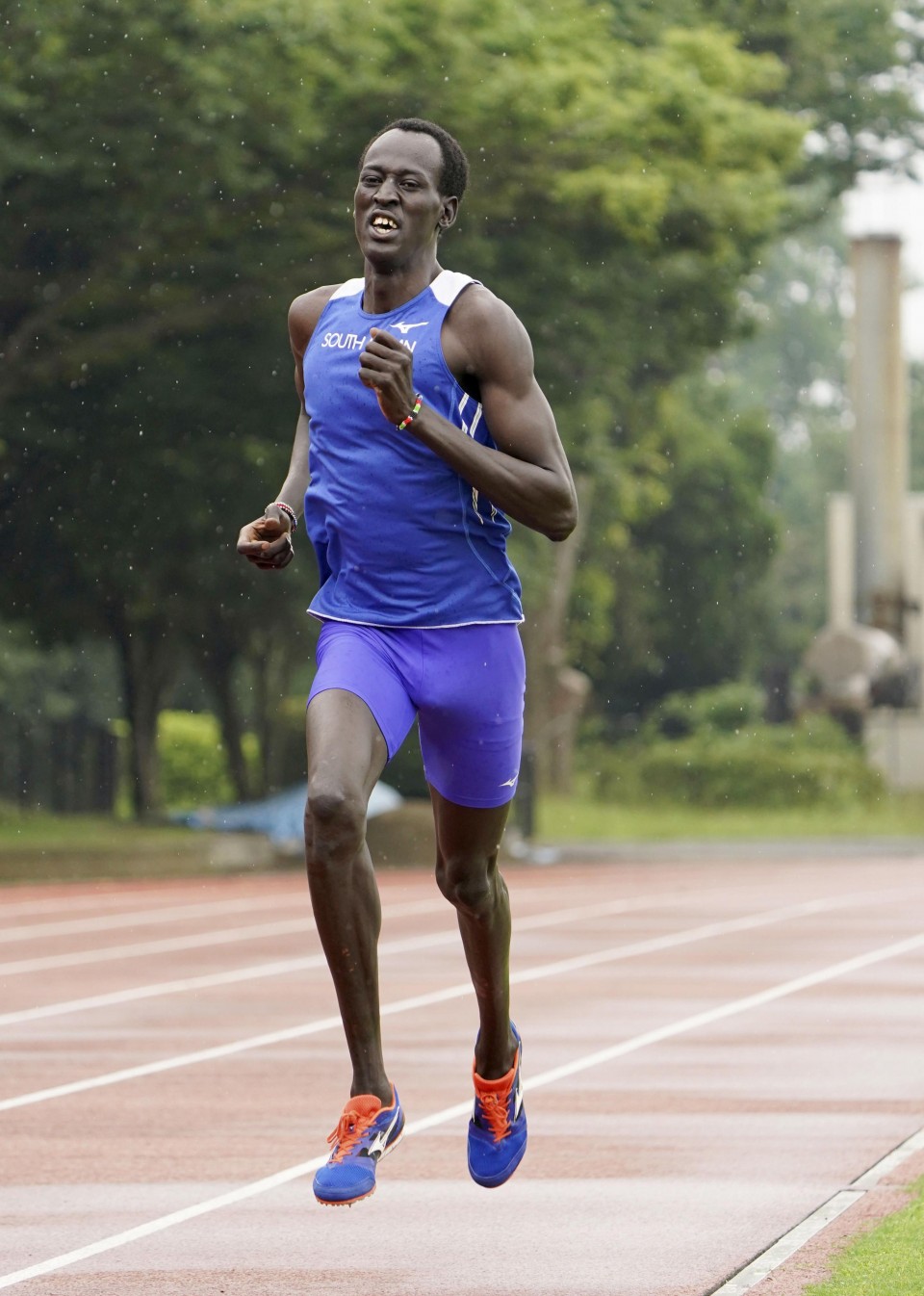 "In some ways, I was happy because I was training under very hard pressure. We were rushing things because way back in our country the training is under a very poor situation. We can't say we prepared enough," the 21-year-old said.

The cost of their stay has been covered by donations made nationwide to the Gunma city of Maebashi where they are based. The 20 million yen ($187,000) raised as of the end of June has paid for the athletes' apartments and three daily meals, as well as fees for Japanese-language school.

"There's a very big advantage in being here and I really appreciate the generous support. As a sportsperson, you have to be in good health, train on a good track, and feel good without any fear in your mind," said Guem, who says it is not uncommon in South Sudan for athletes to train without shoes and suffer bleeding feet, among other hardships.

"Some athletes only eat once a day, and sometimes I would only eat dinner too, although I had to train twice the next day in the morning and evening," added Guem, who only had one pair of shoes back home and at times struggled for money to buy water from a vendor to wash them daily.

Living 17 kilometers away from the training ground in Juba, the capital, Guem recalled how he used to have to trek two and a half hours to reach a stony field for training that began at 5 p.m. He would not return home until 10 p.m., worn out by the five hours spent traveling back and forth. 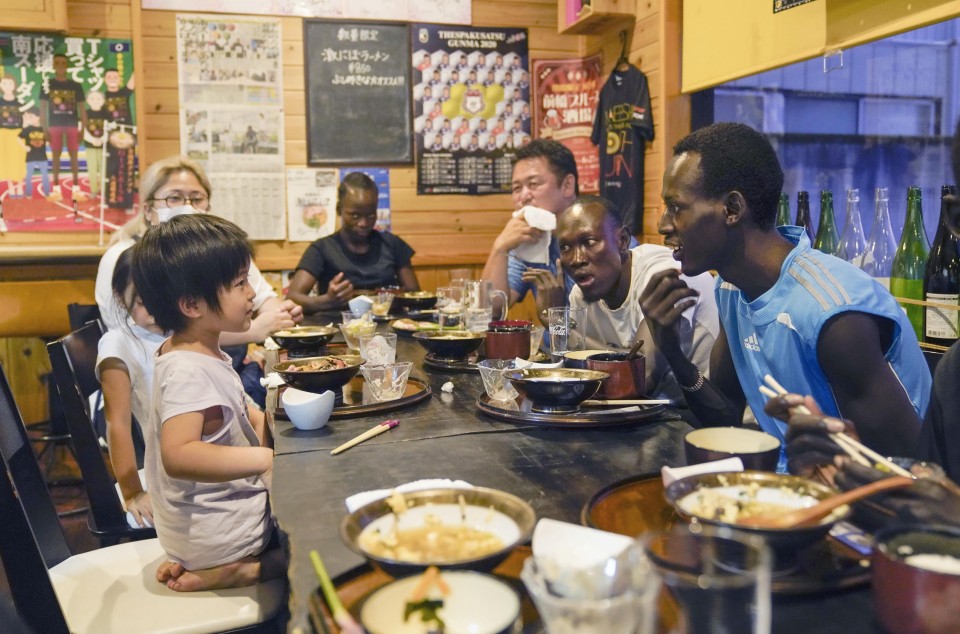 Abraham Guem (far R) and fellow runners on the South Sudanese national team have dinner at a Japanese restaurant with the owner's family in Maebashi, Gunma Prefecture, on July 9, 2020. (Kyodo)

Two years after South Sudan was born through separation from Sudan in 2011, civil war broke out. It only ended in March with the formation of a coalition government.

Guem said he feared he might be shot while jogging, even in predawn hours, amid the ethnic violence.

It was during this period, in 2016, that the government's development aid arm Japan International Cooperation Agency began its drive to help promote peace in the country by sponsoring a new National Unity Day of sports events.

Shinya Tomonari, the chief representative of JICA's South Sudan office, said the project began after one of the country's sports ministry officials called for the return of the sports day, a feature of life in southern Sudan in the period 1972-1983 between two lengthy civil wars in the country which eventually led to South Sudan's independence.

Participating athletes from various parts of South Sudan act as "peace ambassadors" during the annual event, tasked with promoting peace once they return to their hometowns in an initiative to encourage mutual trust among the country's various ethnic groups.

In the country where very little of the country's road network outside the capital Juba is paved, travel between different regions is difficult and a lack of national events meant there were few opportunities for people to get to know each other.

For the past five years National Unity Day has provided that, with as many as 500 athletes selected from each region taking part each year.

Soccer, athletics and volleyball competitions take place over nine days, with all the participants from different parts of the country staying at a facility JICA set up, sharing meals and sleeping huddled together to spend valuable time learning about each other.

"I enjoyed it because I can know more people from other states and also introduce myself to them," said 19-year-old Lucia Moris, a 100- and 200-meter sprinter and currently the only woman on South Sudan's Olympic team. 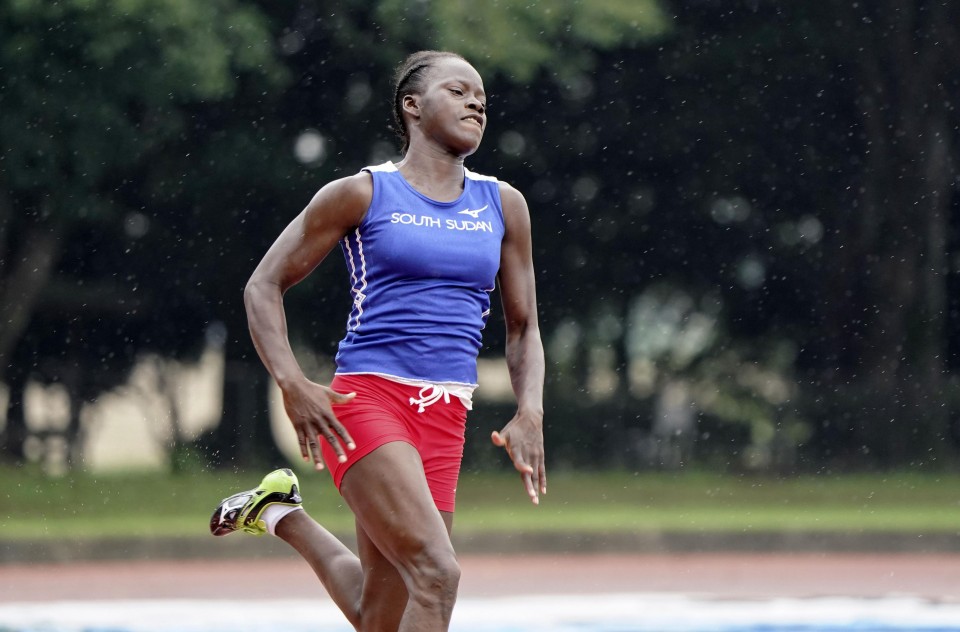 One of the nine days is set aside as "Peace Day," when no competitions are held, for the participants to learn what peace is and how it can be realized in the country.

"We go back to our cities with changed mindsets," Guem said. "Even if it's hard for us to influence the whole society, at least we will be able to influence three or four people, and those people will continue to influence others. Eventually that'll come to gain peace in the country."

For many of them, the festival of sports is their first real shot at showing their talent and a chance to be discovered as future Olympians, with South Sudan's national sports federations cherry-picking the very best.

With the foundations of its efforts laid, JICA launched the Youth Empowerment through Sports for Peace Promotion program, or YES for Peace, as its latest drive last November.

The program aims to use sports to promote peace and help young people across the country overcome the mental scars of the civil war, which left around a third of its population as refugees or displaced, among other goals.

"How do you teach the required qualities when promoting peace? We hope sports can play a role in that," Tomonari said.

"We need to know what the advantage is of having sports in promoting peace. It makes a huge difference if sports teachers or coaches recognize what they can teach, like respect for others, is something the students will be asked for in society too."

The South Sudanese team hopes the games' postponement was a blessing in disguise -- one that allows their development to continue for another 12 months in a country with which a special tie continues to grow.

"Once there's an assured deal that we stay here and train for the Olympics, and the games will take place surely next year, then I'll feel very good about the postponement," Guem said.

"The NUD is the event that made me a national figure now. I'm motivated to represent the two countries, I'm representing my country but I'm doing so also in the country that has brought me up.