A U.S. economist with a focus on the sports business says the International Olympic Committee should shoulder half of the additional cost of postponing the Tokyo Games due to the novel coronavirus pandemic.

Andrew Zimbalist, an economics professor at Smith College in Massachusetts, said picking up half the tab would be consistent with the IOC's responsibilities as an organizer of the games. 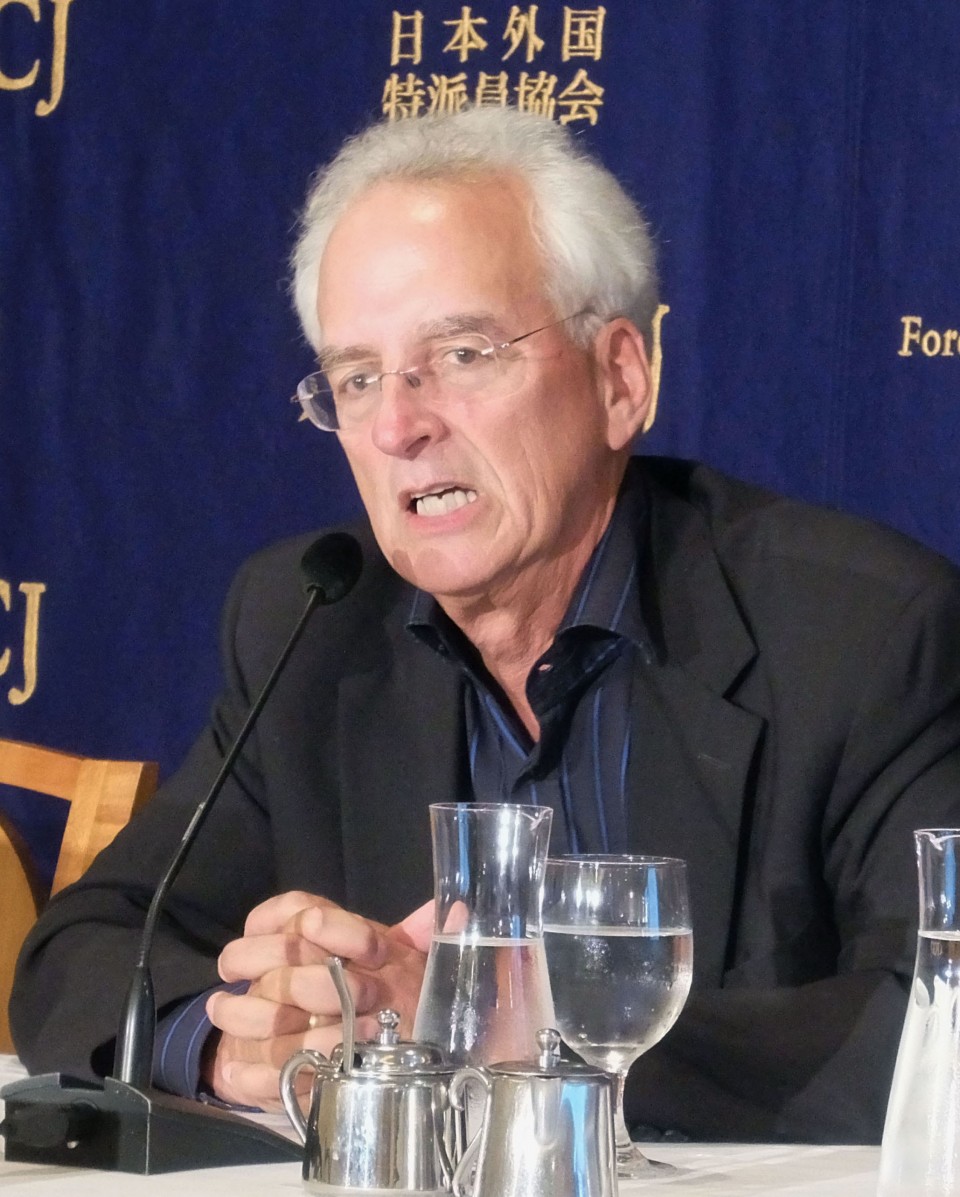 Andrew Zimbalist, an economics professor at Smith College in Massachusetts, pictured at a press conference in Tokyo in July 2017. (Kyodo)

While the IOC has agreed to allocate an extra $650 million for the postponed games, the additional cost is expected to run into several hundreds of billions of yen, forcing the IOC and the local organizers to simplify the games to ease the financial impact.

"The IOC likes to say it is a partner of Tokyo 2020. So, if the added costs are $3 billion, I think the IOC should cover $1.5 billion," Zimbalist, 72, told Kyodo News in a recent email interview.

The IOC and Japan agreed in March to postpone the Tokyo Games to the summer of next year due to concerns over the outbreak of the pneumonia-causing virus.

In one of his books, Zimbalist points out that there is not always a correlation between holding the Olympics and its economic effect or boost in tourism.

"Tokyo 2020 has not specified what they envision by 'a simplified games.' There may be some small savings by reducing frills and excess, but these savings will be minor relative to the additional costs of holding the games in 2021," he said.

Zimbalist believes canceling the games would be preferable to pressing ahead in the absence of a vaccine for the pneumonia-causing coronavirus.

"The best scenario at this point, given that the infrastructural and facilities expenditures exceed $20 billion, would be for there to be a readily available, effective vaccine and for the games to proceed without limitation in 2021," he said.

"If there is no such vaccine, then the best outcome would be for the games to be canceled."

While Zimbalist considers the postponed Olympics will have "very little impact" on the Japanese economy, he said if the games were to be scrapped, the economic loss would be smaller if the decision were to be made early.

"There is a saying in English, 'never let a good crisis go to waste.' That certainly applies here. Hopefully, the IOC will discover that it can do without certain frills and apply that lesson to the future, but I would not expect any significant savings," he said.

He said that the most important lesson is for future host cities to recognize the "possibility of a pandemic" when planning for the games.