With just over a month until the Olympic flame arrives in the country, organizers of this summer's Tokyo Games held a dress rehearsal Saturday for the Japan leg of the torch relay.

Runners carried unlit Olympic torches for around 200 meters each in three cities in Tokyo on Saturday, as the organizers went over preparations for the start of the domestic portion of the relay on March 26.

With traffic restrictions in place, torchbearers in the official white uniforms ran on the road in front of spectators, including local residents and government officials. Security personnel and police also stood watch along the route.

The 71-centimeter torch, which draws on the imagery of Japan's iconic cherry blossoms, was carried in the western Tokyo city of Hamura, before further dress rehearsals in Kokubunji and Hachioji in the afternoon. 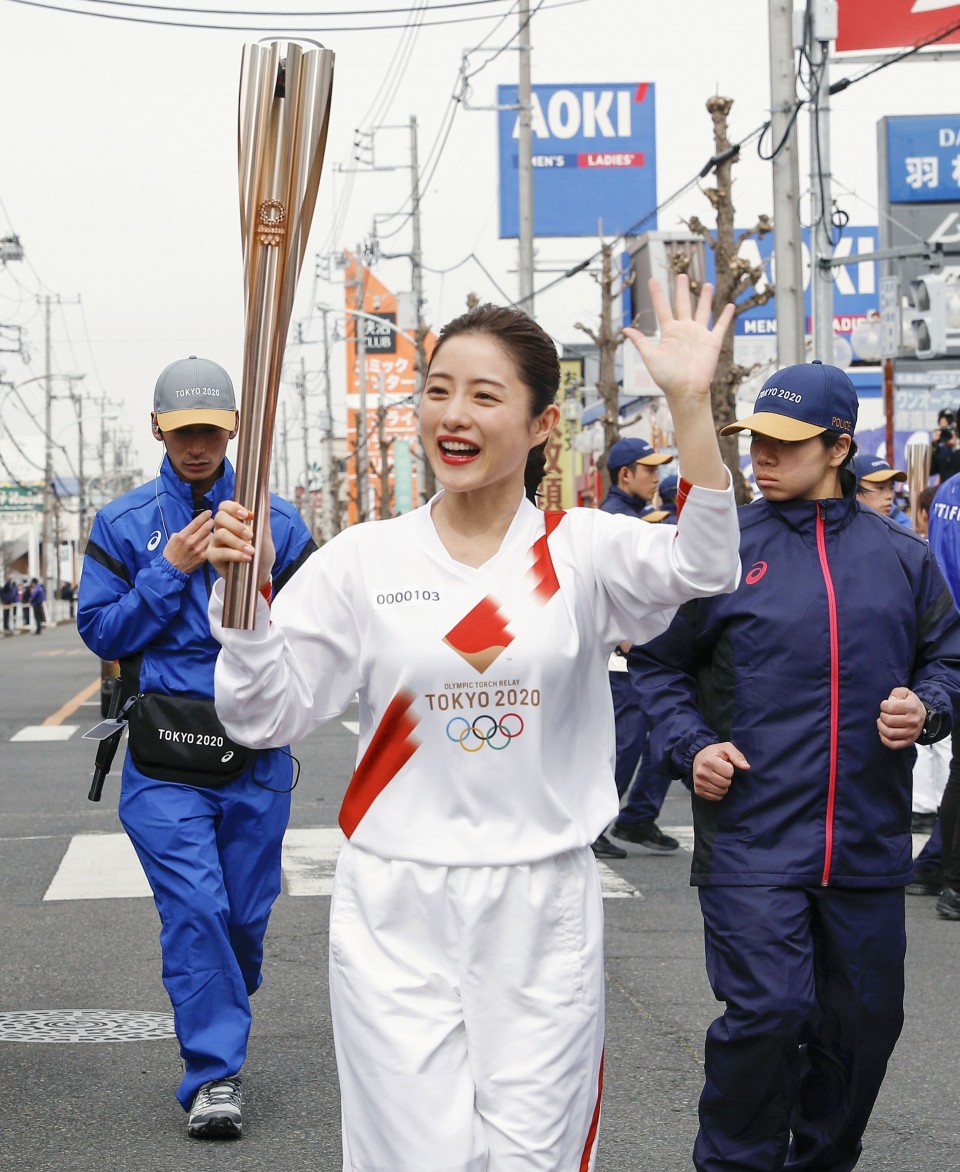 While some segments of the relay took about 10 minutes longer than scheduled, a representative said the organizers did not see any huge errors.

"Conducting the dress rehearsal allowed us to find things we need to work on. Starting and finishing the relay according to the schedule is necessary," the official said.

"We need to continue working with organizers of each prefecture," he said.

Actress Satomi Ishihara, who has been selected to take part in the Olympic torch relay, ran the third segment of the rehearsal in Hamura.

"I was very nervous before running. But it went by so fast," Ishihara, 33, said.

"I'm really glad I was able to rehearse ahead of the start of the torch relay because I ended up running too fast today."

At a departure ceremony held ahead of the first runner in Hamura, participants simulated the lighting of a torch on a small outdoor stage, while spectators took photos and video with their smartphones as the torchbearer set off.

Promotional vehicles for the event's sponsors traveled the course, playing music from speakers before the torchbearers ran in Hamura and Hachioji. In Kokubunji, organizers rehearsed on a picturesque pedestrian pathway where cars cannot go.

"There was a lively parade so it was even fun waiting for the relay to start. I'm really looking forward to the Tokyo Olympics," said Manami Nishimaki, an elementary school student who watched the rehearsal in Hamura with a friend.

The Olympic flame will be lit in Greece on March 12 and will arrive in Japan following the Greek leg of the relay.

The domestic segment of the relay will commence in Fukushima Prefecture. About 10,000 torchbearers will wind their way through all 47 Japanese prefectures before making an entrance at the opening ceremony, to be held at Tokyo's National Stadium on July 24.