The Olympic symbol consisting of five interlocking rings colored blue, yellow, black, green and red was installed at Odaiba Marine Park on Friday, floating on the water on a concrete platform.

The monument, built in Yokohama and brought by a salvage barge early Friday morning to the Tokyo waterfront area which will host the triathlon events, will be officially inaugurated on Jan. 24, exactly six months before the opening ceremony. 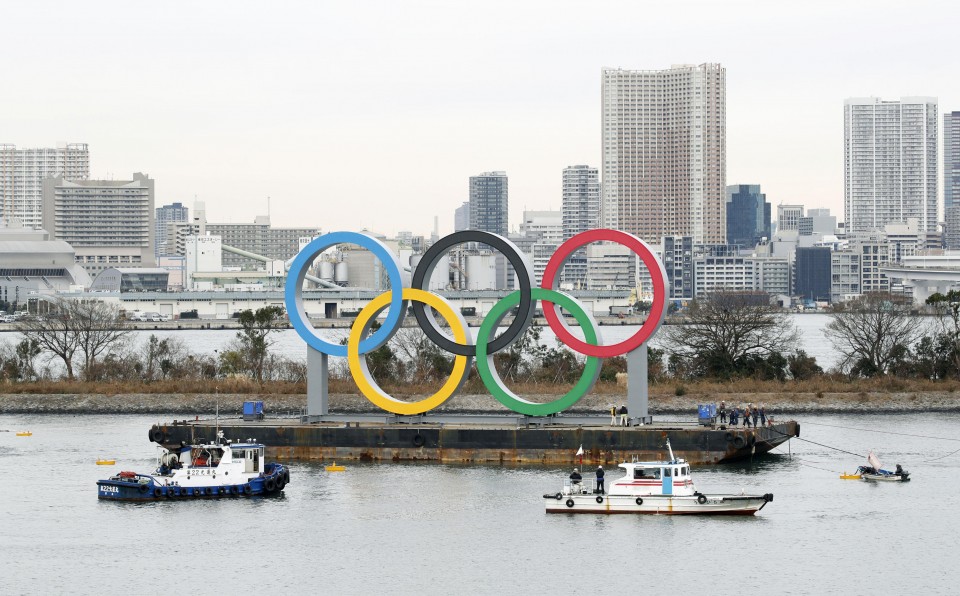 "This is one of the Tokyo metropolitan government's key initiatives for dressing up the city to build up a festive atmosphere for residents, visitors and spectators around the world," organizers said.

Tokyo announced last March that it will also erect Olympic monuments in Mt. Takao, a popular recreational and hiking spot on the outskirts of Tokyo, and other areas including the international arrival lobbies of Narita and Haneda airports and Yoyogi Park.

During the Aug. 25-Sept. 6 Paralympic Games, the monuments will be swapped with ones with the Paralympic symbol, which is made up of three curved shapes called "agitos" in red, blue and green.