Yamashita, a 62-year-old former judoka and 1984 Los Angeles games gold medalist, was voted in at the IOC Session in Lausanne, Switzerland. He becomes the second active IOC member from Japan, the host nation for this year's Summer Olympics.

"I'm feeling a heavy weight of responsibility. It's important that I do what leads to the development of the Olympic movement," said Yamashita, who received 74 votes in favor, with one against and three abstentions. 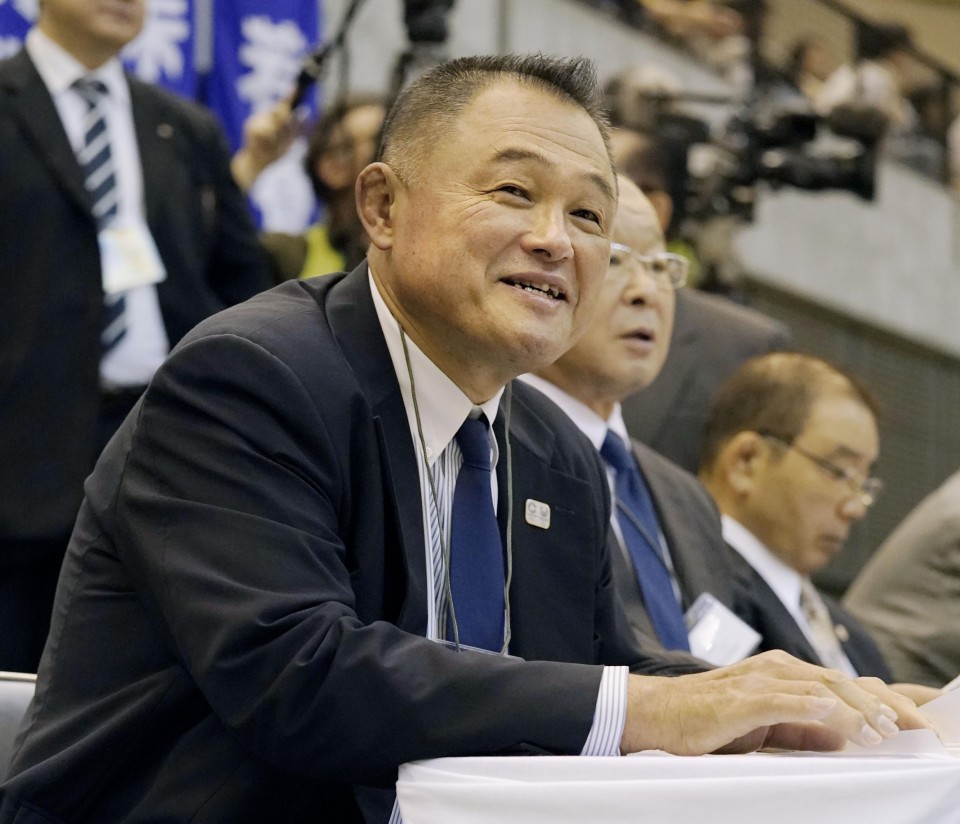 "To be honest I'm surprised (with the number of nods won). I think it's not how they see me, but how they see the trust level of Japan. I'm not sure if I'm worthy of becoming an IOC member. I have a lot to work on, starting with language skills. I'll study hard in order to fulfill my duty," he said.

IOC members, who have the right to vote for Olympic host cities, are elected for eight-year terms.

International Gymnastics Federation chief Morinari Watanabe had been Japan's only IOC member since former JOC President Tsunekazu Takeda resigned in March amid allegations of bribery related to Tokyo's successful bid for the 2020 Games.

Yamashita's election marked the return of a Japanese judo practitioner to the Olympic governing body for the first time in nearly a century.

Jigoro Kano, founder of the Kodokan Judo Institute and Japan Sports Association, became the first Japanese IOC member in 1909 and was active until his death in 1938.

In December, Yamashita was nominated for membership along with International Tennis Federation President David Haggerty and FIFA President Gianni Infantino.

Each candidate needed to be approved by a majority of the IOC membership. Yamashita, Haggerty and Infantino all received approval by overwhelming majorities.

When asked what he wished to accomplish in his new role, Yamashita said he wants to use sports as a social tool to make a positive impact on society.

"Sports can contribute to a society that is sustainable and inclusive, and free from discrimination. I want to keep this vision close to my heart," he said.