The International Olympic Committee wants to keep the men's marathon on the final day of the 2020 Tokyo Games and is considering flying athletes from Sapporo, where the race will be held, to the capital for the closing ceremony, IOC Coordination Commission Chairman John Coates said Wednesday.

Men's marathon medals have traditionally been presented at the closing ceremony, but the 2020 Games have been complicated by the IOC's decision to move the athletic road race events to Sapporo, on the northern main island of Hokkaido, to spare competitors from Tokyo's severe heat.

Tokyo Games organizing committee chief Yoshiro Mori last week said the men's marathon would be held ahead of its scheduled date, owing to its relocation to Sapporo.

Coates said Wednesday, however, that "no final decision" had been made, but the IOC still wanted the event on the final day of the July 24 to Aug. 9 games, with medals to be presented at the closing ceremony along with those for the women's race. 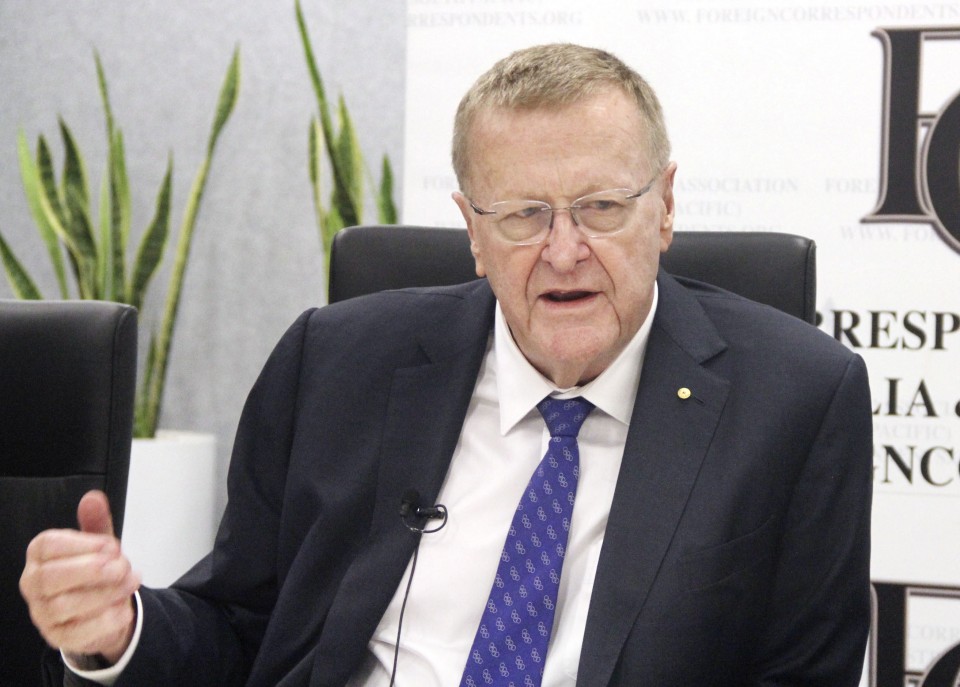 "And discussion will take place as to how quickly we can get (the athletes to Tokyo) but it's still on (Aug. 9). Obviously it's going to mean air travel, we'll have to get them down."

"There's no final decision made at this stage but everyone should work on it being on the same date, but that's not set in stone."

The relocation of the marathon and race-walking events was confirmed earlier this month after Tokyo Gov. Yuriko Koike reluctantly accepted the IOC's abrupt decision.

Koike had vocally opposed the move, criticizing the IOC for announcing the "unprecedented" decision on Oct. 16 without consulting the city first.

Coates apologized for the "surprise" decision in October, saying the IOC was swayed by the disastrous world athletics championships in Doha earlier in the month, where many runners failed to finish the women's marathon held in extreme heat and humidity.

Olympics: Men's marathon schedule to be moved ahead after Sapporo move