Remains of 187 people collected from site of Tokyo Olympics stadium

(The construction site of the new National Stadium for the 2020 Tokyo Olympics and Paralympics is shown to the media on March 24, 2017.)

TOKYO - The remains of at least 187 people dating back to the early 1900s or before were retrieved from the site of the new National Stadium before construction began, Tokyo metropolitan government officials said Friday.

Between 1732 and 1919 there was a temple and a graveyard at the location in central Tokyo that will serve as the main venue of the 2020 Olympics and Paralympics, according to the Tokyo government.

The remains, including those of infants, were discovered when the Tokyo Metropolitan Archaeological Center investigated the site and the surrounding area in Shinjuku Ward from July 2013 to August 2015 when the old stadium was being knocked down, the officials said.

The bones collected from the 32,000-square-meter area are being kept at the National Museum of Nature and Science in Tokyo. 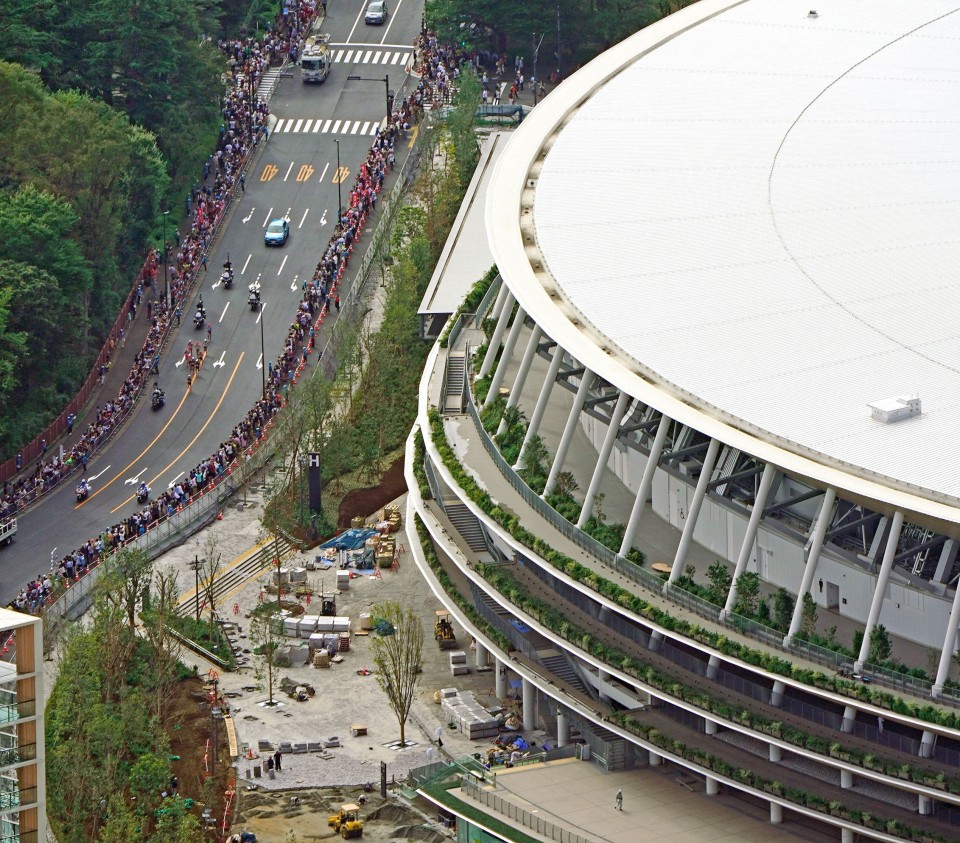