The ticket lottery for the 2020 Tokyo Olympics opened to residents of Japan on Thursday, but the online application process was slowed due to a surge in traffic to the official ticketing website.

The website struggled from the moment it opened applications for the lottery at 10 a.m., with some ticket seekers experiencing difficulty logging in and others stuck in a queue of tens of thousands of applicants waiting for access.

An onscreen message alerted users to significant wait times for much of the day as the website experienced "a very high volume of visitors" all hoping to clinch seats at the July 24-Aug. 9 Summer Games in Japan's capital.

Organizers said the number of attempts to access the site had reached about 1.3 million by 5 p.m. on Thursday and that up to 180,000 applicants had been queued at one point with wait times up to two hours and longer. 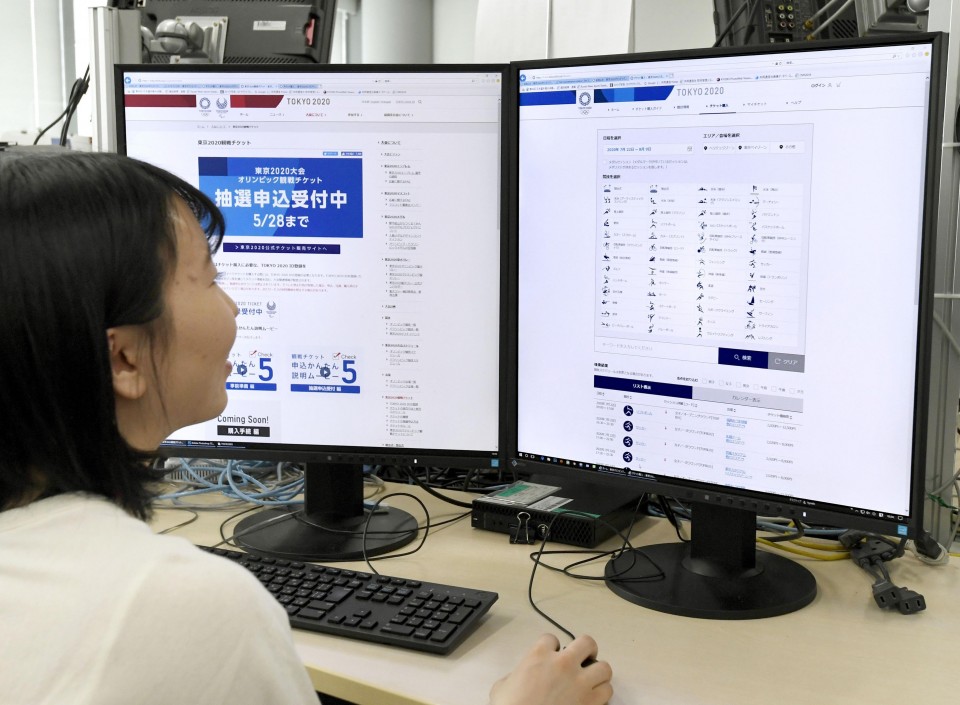 Some were able to complete the application process successfully, but the huge number of people attempting to register simultaneously -- particularly to secure tickets for the opening ceremony and popular competitions -- overwhelmed the system as organizers attempted to resolve the situation.

The organizing committee's head of ticketing, Hidenori Suzuki, apologized for the inconvenience, and reminded those seeking tickets they have until May 28 to apply and that the order in which applications are received will not affect the probability of winning the lottery.

The results of the lottery will be announced on June 20, a week after a new law banning ticket scalping goes into effect.

Those wishing to purchase tickets can apply at https://ticket.tokyo2020.org until the ticket lottery application period ends on May 28. Each person can select 30 primary and 30 secondary choices for a maximum of 30 tickets.

Japan residents wishing to purchase tickets from the official website must first register for an Olympic ID at https://id.tokyo2020.org.

The amount of registrants had swelled to about 3.2 million by 12 a.m. on Thursday, and was still increasing.

Tickets are available for the opening and closing ceremonies, as well as events in all 33 Olympic sports with the exception of boxing, which has been temporarily frozen pending an inquiry by the International Olympic Committee executive board.

Applications can be changed or canceled during the registration period, but all tickets assigned via the lottery must be purchased by July 2 with cash or a VISA credit card.

People living outside Japan can buy tickets through authorized resellers in their respective countries.

Unsuccessful applicants will be able to request tickets again during the first-come, first-served ticketing phase starting this fall.