Voting by elementary school children to choose official mascots for the 2020 Tokyo Olympics and Paralympics began Monday across Japan, with each class casting one ballot in the first ever selection process that gives kids the final say.

The winning pair of Olympics and Paralympics characters will be picked from three sets of candidates in voting through Feb. 22 involving pupils of schools that have registered to vote. The results will be announced on Feb. 28.

On Monday, discussions on which pair to vote for were opened to the media at an elementary school class in Fukushima, northeastern Japan. Sixth graders learned about the significance of the games and the roles of the official mascots before discussing which pair they preferred. The candidates were unveiled last week.

After heated discussions, the class voted for a character for the Olympics that combines the features of a fox, images of which often appear in shrines, and a cat, traditionally believed in Japan to invite fortune, and a mascot for the Paralympics modeled after a stone-carved guardian dog installed at shrines. 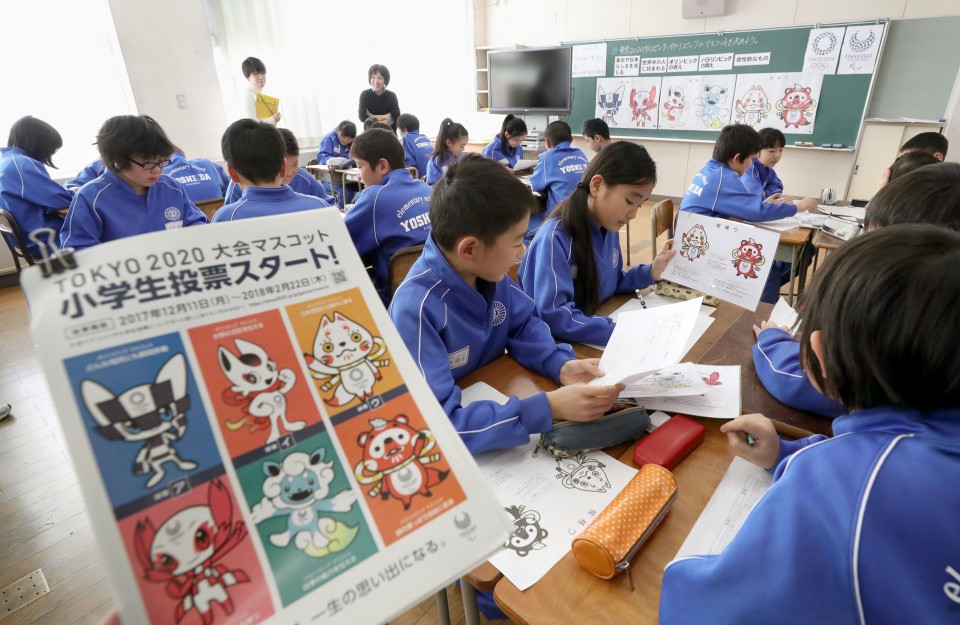 "The selection makes me feel I am part of the Tokyo games," said Sara Aoki, a 12-year-old student of the class. "We may not have such a rare opportunity again so we thought hard as a class to have our opinion heard."

The innovative voting scheme was introduced after the initially chosen official games logo met with plagiarism allegations, which forced the organizer to scrap it and conduct the selection again from scratch.

About 21,000 elementary schools in Japan are eligible to join the vote and 6,356 schools had registered to cast ballots as of Monday morning, according to the games' organizer.

Of the remaining two pairs, one uses checkered patterns for both mascots, the same design as the official logo. The second one is a fox with an ancient Japanese comma-shaped bead design for the Olympics and a raccoon dog, another animal often appearing in images in Japan, for the Paralympics.

Schools can register to vote until the final voting day of Feb. 22.