Paralympics: Ice hockey's "woman of steel" out to prove her mettle

Not only does Norway's Lena Schroeder care very little about being the only woman among the 135 ice hockey players at the Pyeongchang Winter Games, she revels in being a "woman of steel" out to make a difference for her team.

Schroeder, who was born with a neural tube defect known as spina bifida, is only the second woman to compete in ice hockey at the Paralympic Games. Compatriot Brit Mjaasund Oejen, who played goalkeeper at the 1994 Lillehammer Games, was the first.

But the 24-year-old Schroeder says she does not consider herself any different from the other 17 players in Norwegian colors because she worked to earn her spot, she was given no free passes. 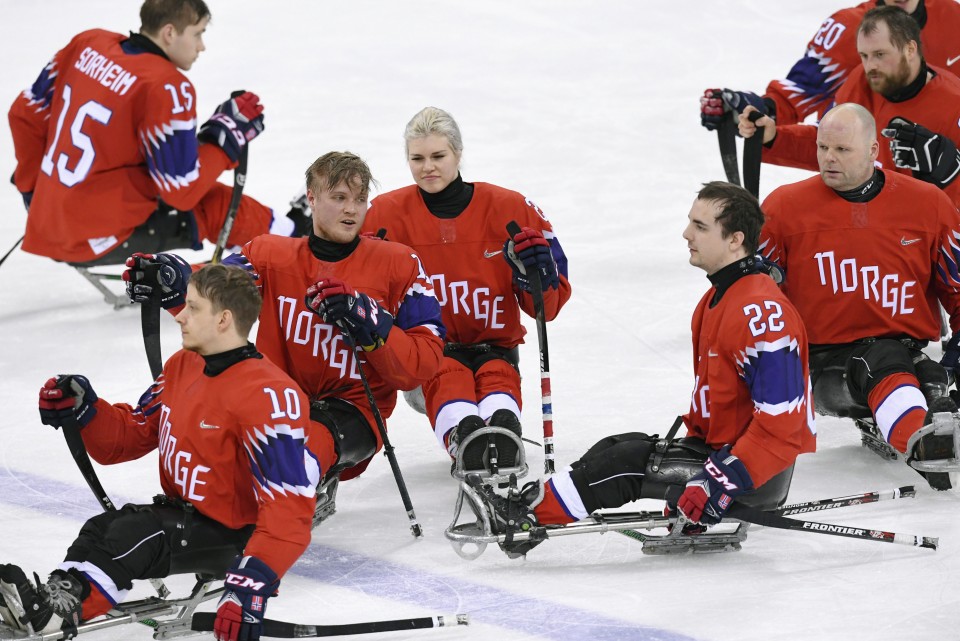 In para ice hockey, a fast-paced, highly physical sport for athletes with physical impairment in the lower part of the body, teams with a female are allowed up to 18 players, while all-male squads are limited to 17.

In Pyeongchang, Schroeder spent much of her time on the sidelines at Gangneung Hockey Centre but finally won playing time Monday against Sweden in the team's final preliminary game. She played five shifts for a total of 5 minutes, 13 seconds.

"I don't really focus on how much time I had," Schroeder said. "When I was out there, I just wanted to play my best game and do as best as I could."

Norway beat Sweden 3-1 and claimed its first win at these games. However, it was unable to advance to the playoffs after wrapping up preliminary-round play with a 1-2 record.

The team defeated Japan on Wednesday in a classification game and will face the Czech Republic on Friday in a bid to finish fifth.

Of the several sports she tried, Schroeder settled on ice hockey when she was 15. As she now juggles her time between training and studying medicine at the University of Oslo, Schroeder admits she faces a physical challenge playing against the men.

"They (the male players) are physical, they are stronger than girls," Schroeder said. "So, of course, to play with the guys you have to work twice as hard with your strength and maybe kind of just be better at other things."

Norway head coach Espen Hegde says Schroeder is making up for a lack of physical strength with her mental acuity and has proven to him that she can play like a "guy."

"She is a smart person so she is able to read the game well and realizes where she has to be, what's happening and what's going to happen next. She has a good tactical knowledge of the game," Hegde said.

Whether Schroeder is male or female is not important for the team, says Hegde, what matters most is making an impression on the ice.

"We don't separate or judge by if she is a woman or a guy. So she has to be one of the guys," he said. "We do not make any adjustments because of her. She has to adjust to fit into the team."