Behind cross-country skier Yoshihiro Nitta's gold medal at the Winter Games was Japan's bid to win over the weather in Pyeongchang.

The pair began working with Japan's Paralympic cross-country skiers and biathletes a year ago. At Pyeongchang on Saturday, they helped Nitta top the podium for the first time since claiming two gold medals at the 2010 Vancouver Games.

The headlines only show Nitta's feat in winning gold, but Asada, the sports team leader at the company, says there was much unexpected behind-the-scenes drama that worried him while the 37-year-old bet the last four years of his life in the standing category of the 10-kilometer classical race. 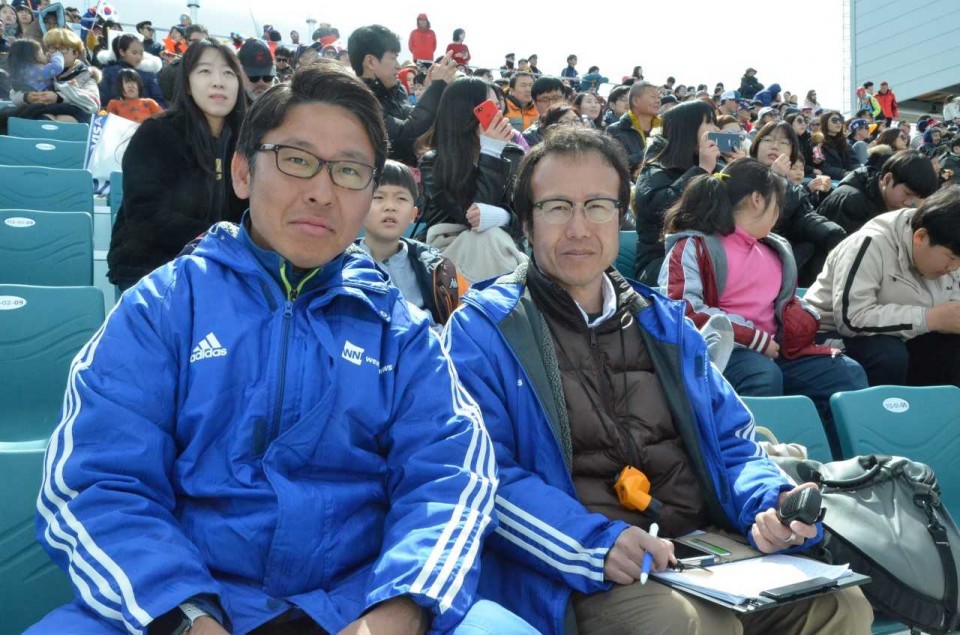 Weather is a critical aspect in Nordic skiing, as changes in temperature among other factors link directly to the condition of the snow that the athletes have to ski on. Team staff wax the skis before events, but it is also difficult to determine the type of wax to use without knowing what kind of weather awaits.

The temperature on Saturday morning was lower than expected, making it difficult to decide on a wax for Nitta. And it took the crew until an hour before the event kicked off to come up with the solution.

"The weather is difficult because you can't always predict everything, but we did a good job comprehending the situation and communicating, and the wax staff made improvements before sending him off," Asada said. "Together, we were able to give him the final push with our preparation."

Naito, a meteorologist, kept sending updates over the radio as they watched the race from the stands. 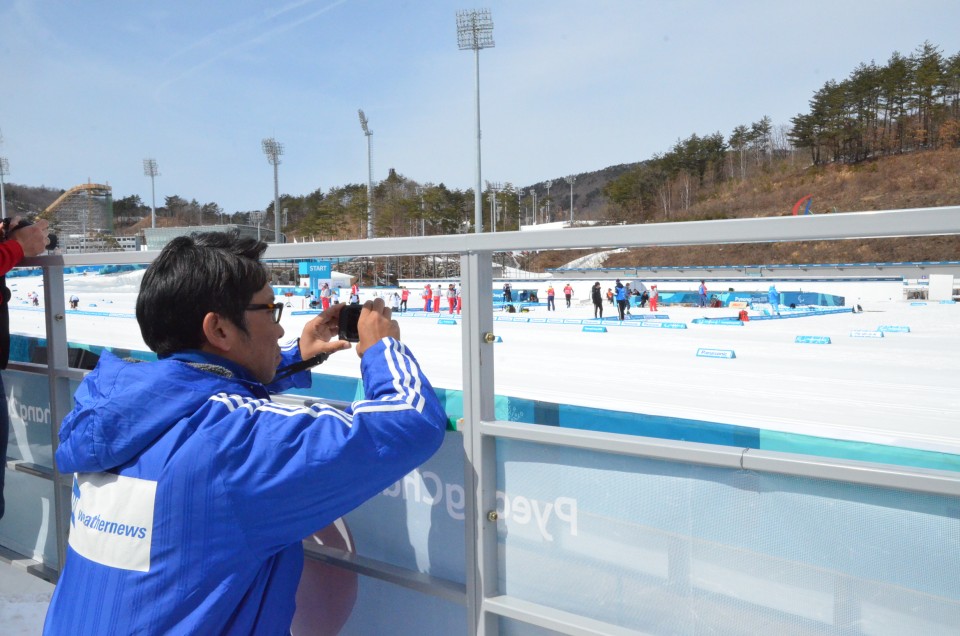 After the race, Nitta thanked Asada and Naito for their support.

"Nitta-san was talking about how difficult the race was, but his smile highlighted his sense of accomplishment after four years of hard work," Asada said.

Nitta said the wax used on his skis and the game plan allowed him to win his third gold medal at his sixth Winter Games.

"The snow was harder than we thought so we were wondering if we should put wax on the skis to stop them from sliding. But we decided to go without it and it worked out," Nitta said. "A lot of people support me, and of course I was skiing for myself in the end, but I wanted to make them happy." 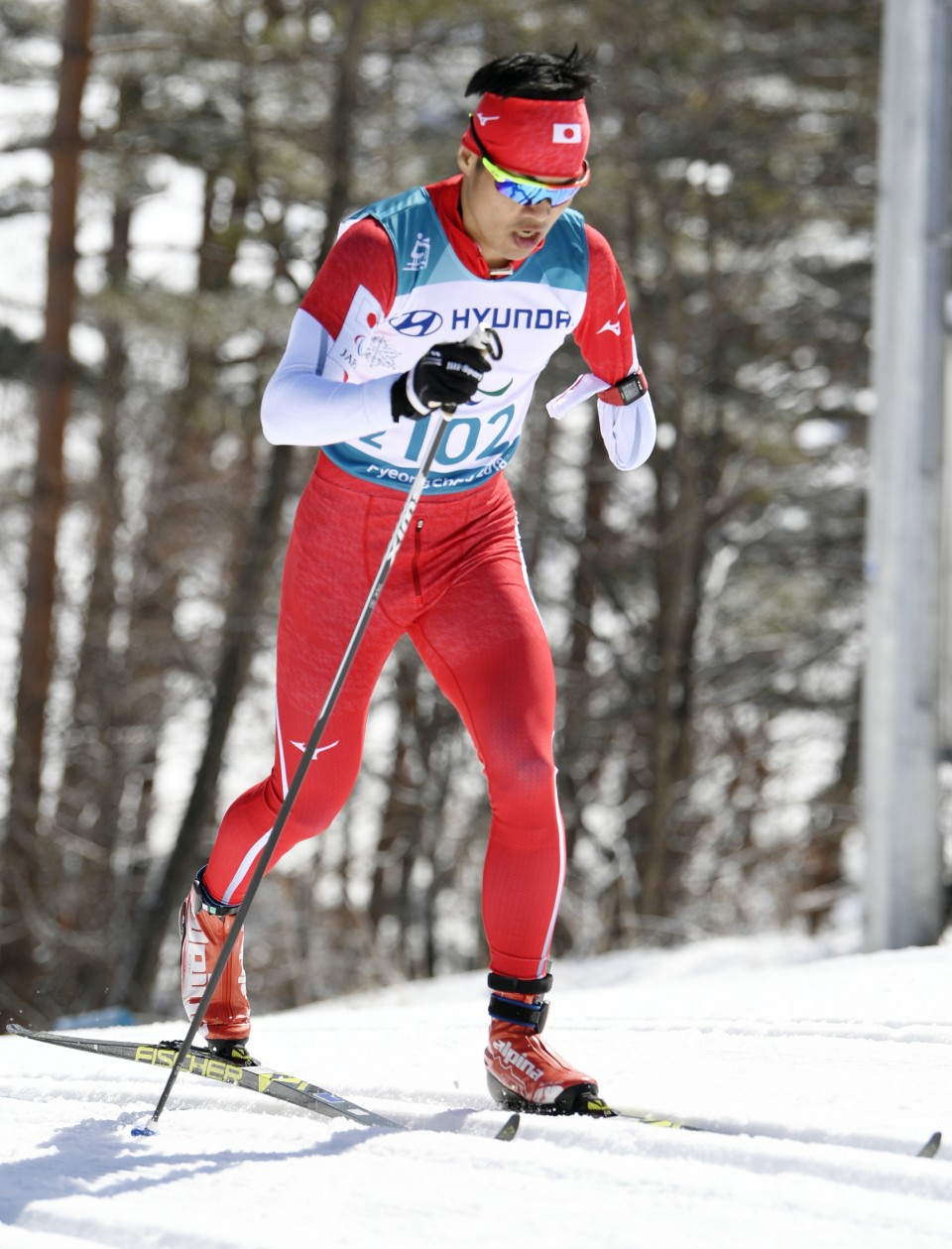 "I think my coach and other staff members gave me so much support, and made me realize how lucky I am. So I didn't want to give up until the very end."

Asada began supporting athletes in 2015, several months before Japan competed in the Rugby World Cup 2015. He offered support to Eddie Jones' team after hearing the head coach emphasizes the importance of reading the weather during training and competition.

Since then, the company has also supported Japan's campaign during the 2016 Rio de Janeiro Olympics. And at Pyeongchang, the Paralympic Nordic skiers enjoyed first-rate service.

"The athletes have worked hard for four years to compete at the games. It's our job to give the team meteorological information to allow the athletes to show their best performance," Asada said.

"All athletes are striving really hard, but we thought that disabled athletes have a more difficult time preparing themselves. We thought we could do more to help para athletes."

Supporting Nordic skiing was challenging in the sense that the weather influences the equipment in addition to the game plan, Asada said. But with the team, they were able to send off the athletes confidently.

"As far as I know, Japan is the only team that has a meteorologist working with them," Asada said. "Some athletes do better in the sun, and some do better when it's raining. We can't really change the weather, so it is important for us to support them by sending accurate information."

"Nordic skiing seems like an individual sport, but the strength of the team means a lot."

More on the Pyeongchang Paralympics: