Japan finished sixth in the men's ski jumping team competition at the Pyeongchang Olympics on Monday, when Norway won its second gold medal in the sport at these games. 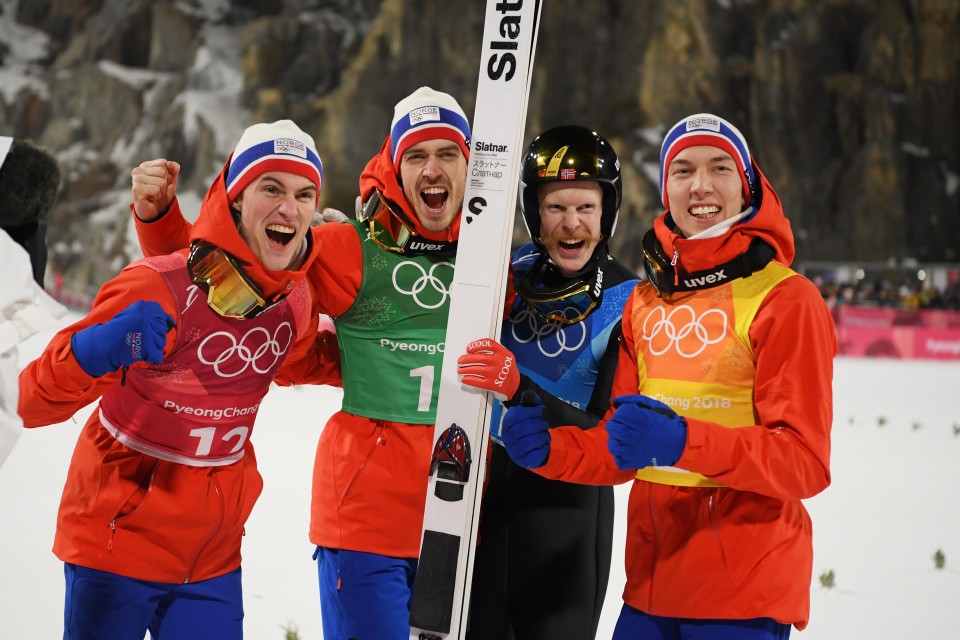 The Japanese men failed to win a single medal in ski jumping after Noriaki Kasai won silver in the large hill and the team a bronze in Sochi four years ago. Sara Takanashi captured bronze in the women's competition in Pyeongchang.

Kasai, Taku Takeuchi, Daiki Ito and Ryoyu Kobayashi combined for 940.5 points for Japan, whose hopes of a medal were dashed early, with Kobayashi the only member who laid down competitive jumps.

The 45-year-old Kasai said that, apart from Kobayashi, the Japanese jumpers needed to have done better if a medal was to be on the cards.

"Ryoyu picked it up once he got here, but all four of us need to be as good as Ryoyu if we are to win a medal," Kasai said of the 21-year-old, who reached a team-best 132.5 meters in the first round. "Everyone is fully aware of that."

Kasai also made it clear he would keep competing until the next Winter Games in Beijing in 2022.

"I'm not going to try, I will definitely be there," said the only eight-time Winter Olympian in history. "I watched the others win medals and it fired me up. I can still keep going."

"I am by no means finished." 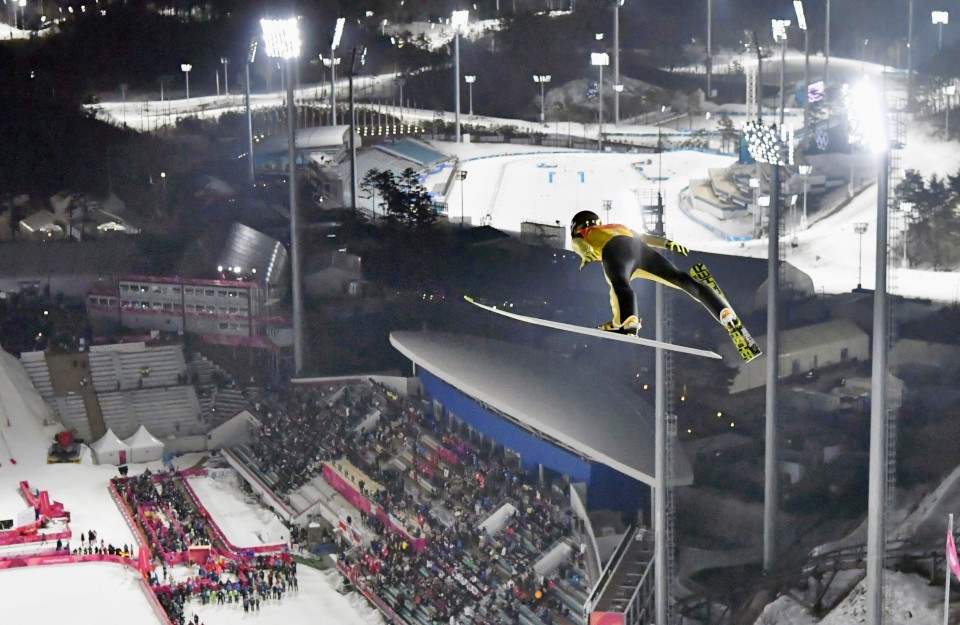 Daniel Andre Tande led Norway -- now the most successful country with 11 golds in Olympic ski jumping -- to the top of the podium with a 1,098.5-point total, adding the team gold to the one won by Maren Lundby in the women's event. Germany totaled 1,075.7 to take silver, Poland 1,072.4 for bronze.

Tande was the star of the night for the Norwegians, landing jumps of 136.0 and 140.5 meters in the two rounds, but he was well supported by Andreas Stjernen, normal hill silver medalist Johann Andre Forfang and Robert Johansson.

"This was a huge goal before the season, so to do it in the Olympics after saying it in front of the season, it's huge for us," Forfang said.

Kobayashi anchored his team on Olympic debut, holding his own, but after Taku Takeuchi led off with a jump of 124.0 meters in the first round, it all went downhill from there.

Kobayashi admitted to feeling nerves but was brimming with confidence following the event.

"I leaned too much into the first jump, but managed to adjust in the second one," he said. "I had fun though, to tell you the truth. I left it all out there."

"I think we'll get better from here on. I'm more confident now. I hope I can come back to the Olympics, but for starters, I've got to concentrate on my next competition."

Takeuchi, however, was not as upbeat.

"I worked four years with the goal of producing a result here, but I couldn't realize that goal," Takeuchi said. "I felt that unless you make the podium on a regular basis on the World Cup circuit, it is really a difficult task to do well (at the Olympics)."

More on the Olympics:

Olympics: Kasai says he will compete in Beijing 2022 at age 49