North Korea's leader Kim Jong Un has invited President Moon Jae In to visit his country "as soon as possible" through his sister and special envoy Kim Yo Jong in a move that could lead to a third inter-Korean summit, the South Korean presidential office said Saturday.

During rare talks with a high-ranking delegation from the North, Moon stopped short of directly accepting the invitation, saying the two sides should realize the summit by arranging the necessary conditions, according to the presidential office.

While Kim Jong Un expressed his willingness to improve inter-Korean ties in a personal letter delivered by his younger sister Yo Jong to Moon, the South Korean president stressed the involvement of the United States, saying, "U.S.-North Korea dialogue is necessary to improve inter-Korea ties," the office also said.

The North sent the delegation to attend the opening ceremony of Pyeongchang Olympics on Friday, during which the two nations' athletes marched under a unified flag. 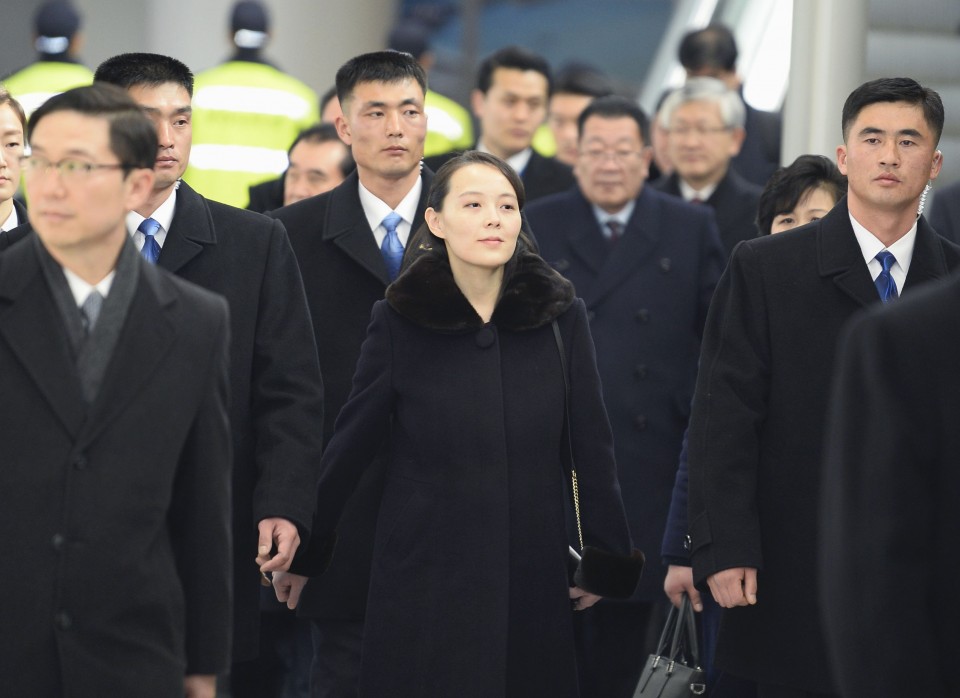 Moon, Kim Yo Jong and Kim Yong Nam, the North's ceremonial leader who is leading the delegation, cheered together their countries' unified female ice hockey team in its first official match against Switzerland.

Some observers believe a summit between Moon and Kim Jong Un, if realized, could not only accelerate a thaw in inter-Korea ties but also ease pressure on Pyongyang without its denuclearization.

During the bilateral talks over lunch, neither side made mention of the North Korean nuclear issue, which is attracting international attention as a major security concern, according to a presidential office source.

Moon and the delegates agreed to maintain the conciliatory mood inspired by the Olympics and promote inter-Korea dialogue and cooperation, the presidential office said.

Kim Yo Jong conveyed to Moon the North Korean leader's message that he is "ready to meet (with Moon) at an early date."

"I am requesting your visit to North Korea at a convenient time," the leader was quoted as saying in the message, with his sister personally telling Moon, "I hope we will see you in Pyongyang," according to the office.

It is the first time in around a decade for a South Korean president to hold formal talks with high-ranking North Korean officials. The two nations remain technically at war after the 1950-53 Korean War ended in a cease-fire.

As part of the delegation to the Pyeongchang Olympics, Kim Yo Jong, the current leader's younger sister regarded as one of his closest aides, arrived in South Korea by plane Friday with other senior officials such as Kim Yong Nam.

She is the first immediate family member of North Korea's founder Kim Il Sung to ever set foot in the South.

In his New Year's address, Kim Jong Un extended an olive branch, vowing to prepare for his nation's participation in the Pyeongchang Winter Olympics.

Kim Jong Un's decision to dispatch his sister to the games indicated he is keen to mend ties with Seoul, while testing the unity among South Korea, the United States and Japan over sanctions imposed on the North over its missile and nuclear programs.

At the opening ceremony of the Olympics on Friday night, Moon and Kim Yo Jong shook hands in what appeared to be a friendly manner.

But the United States and Japan have warned against North Korea's "smile diplomacy," through which Pyongyang is apparently trying to weaken international economic sanctions against it by getting close to South Korea. 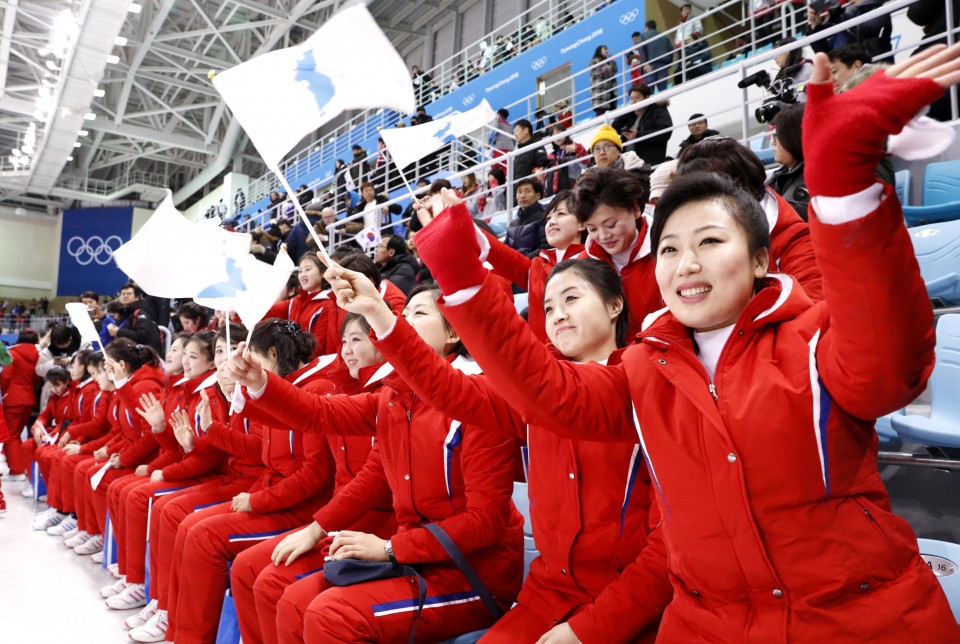 Washington and Tokyo are concerned that Seoul's conciliatory stance toward Pyongyang could endanger trilateral cooperation on bolstering pressure against North Korea, and could give the country more time to develop nuclear weapons.

The United States and Japan have agreed to continue to put maximum pressure on North Korea in cooperation with the South until Pyongyang takes concrete steps toward denuclearization.

North Korea, meanwhile, has shown no signs of abandoning its nuclear and missile programs, maintaining its hostile posture toward Washington.

On Thursday, Pyongyang staged a military parade, where it displayed what appeared to be intercontinental ballistic missiles capable of delivering a nuclear warhead anywhere in the United States, in a thinly veiled threat to Washington.