Yuzuru Hanyu returned from an ankle injury with a bang, living up to fans' expectations by winning his second consecutive Olympic figure skating gold medal on Feb. 17, 2018.

The 23-year-old star was the third-to-last skater after taking a slender lead into the free skate over rivals including Javier Fernandez of Spain, Japanese compatriot Shoma Uno and Jin Boyang of China. 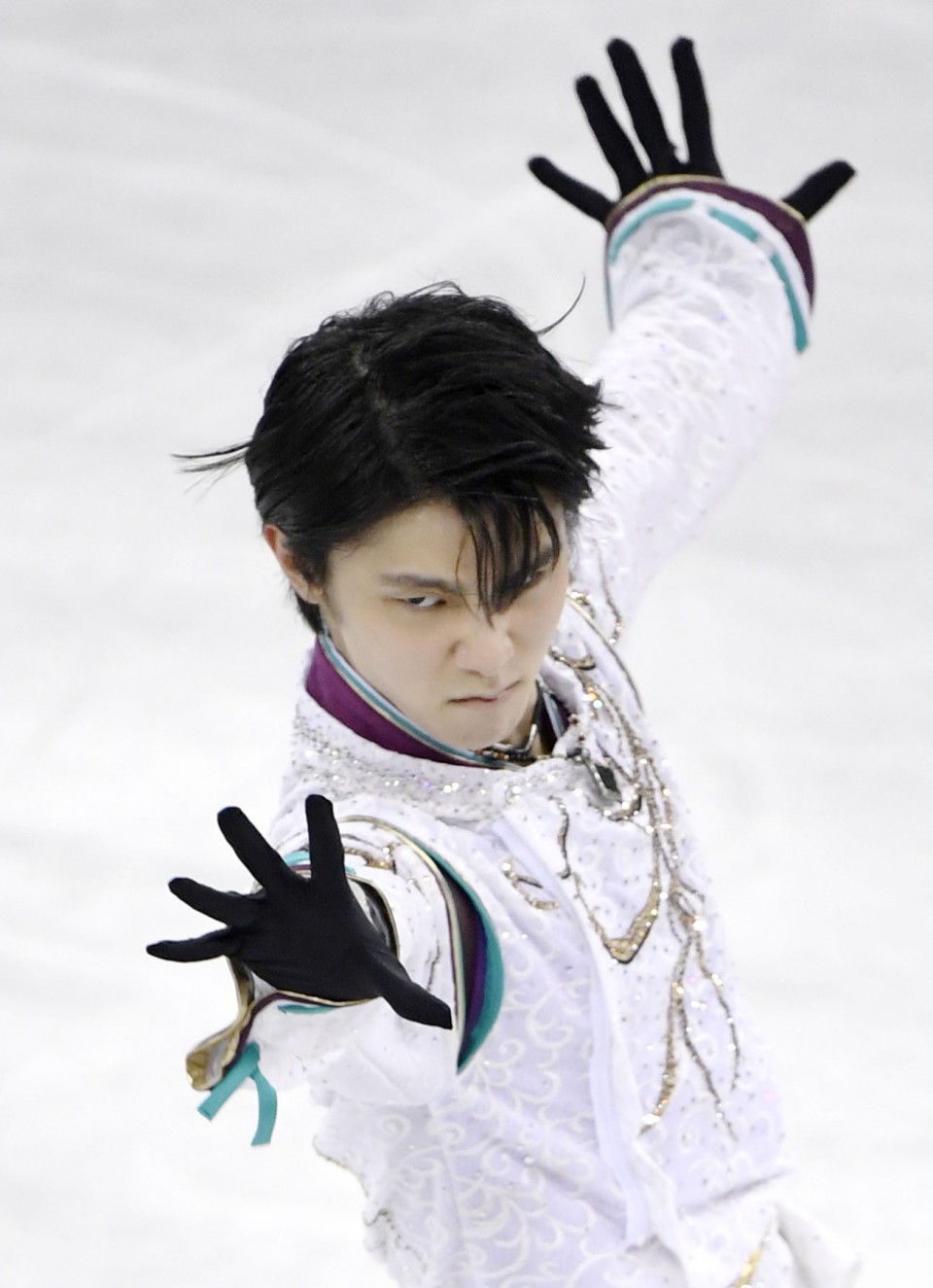 Hanyu skates to music from the Japanese movie soundtrack "Seimei" by Shigeru Umebayashi. 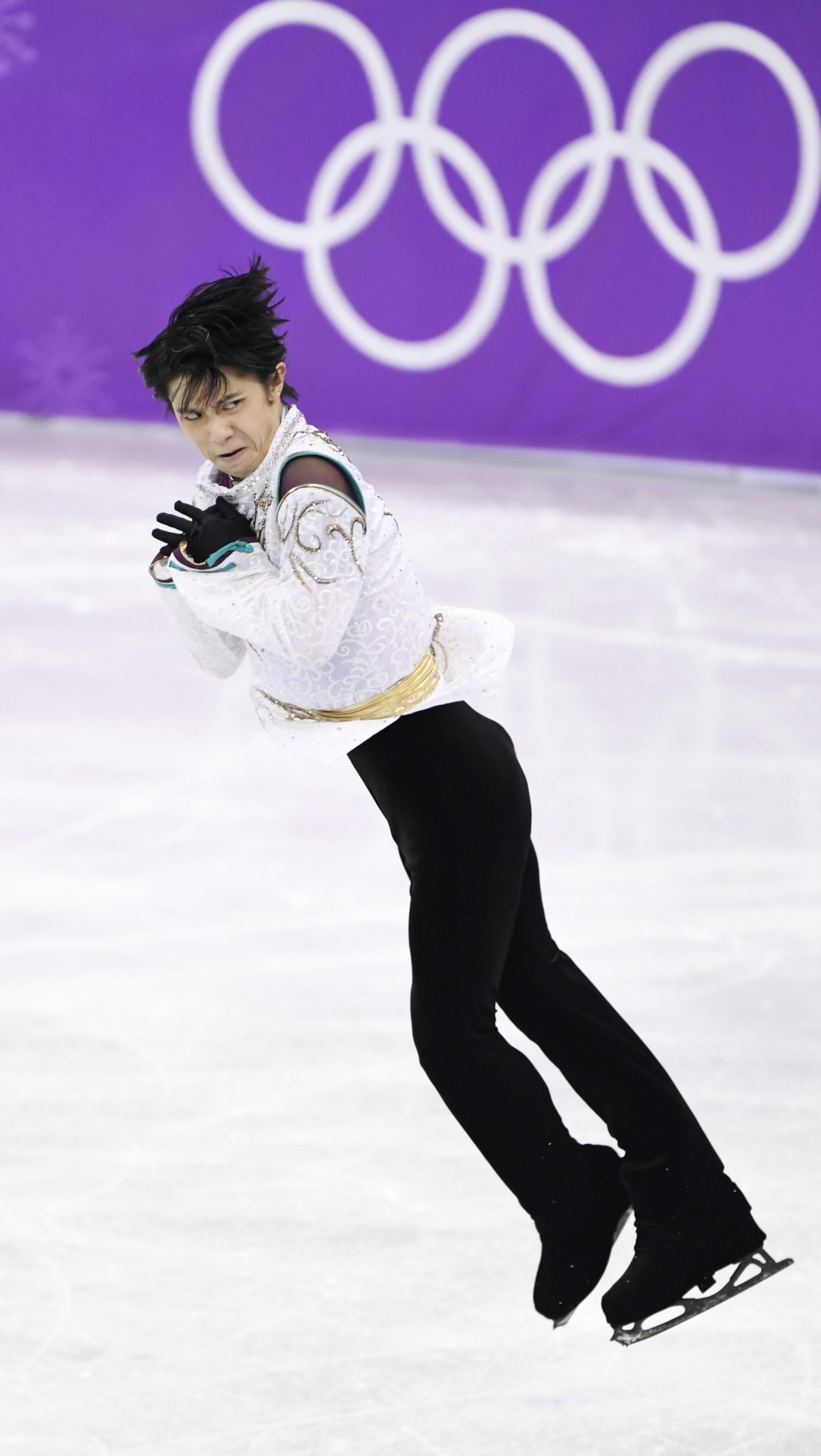 Hanyu cleanly lands an array of triple and quadruple jumps. 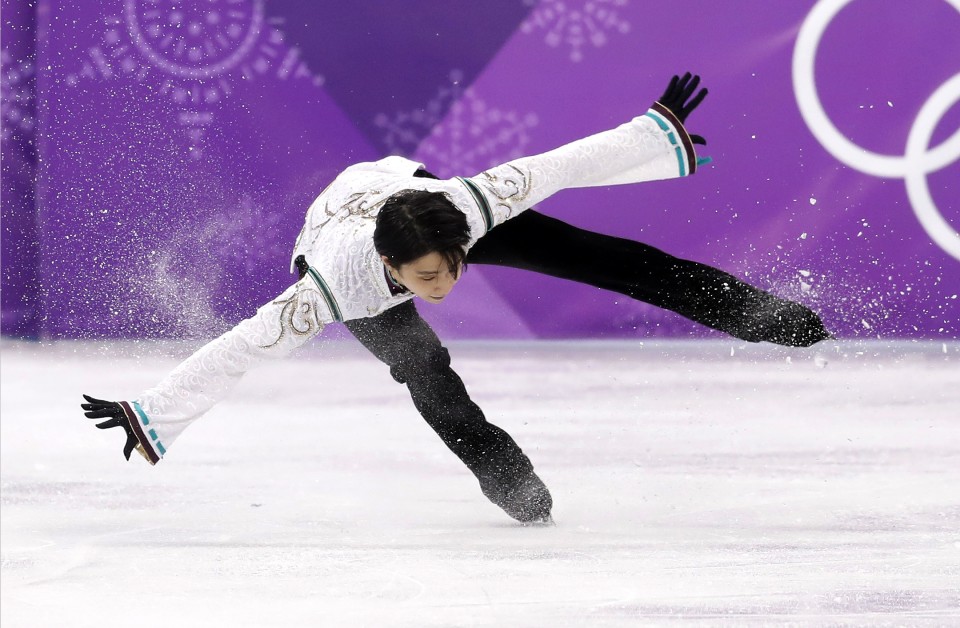 Hanyu barely lands this one. 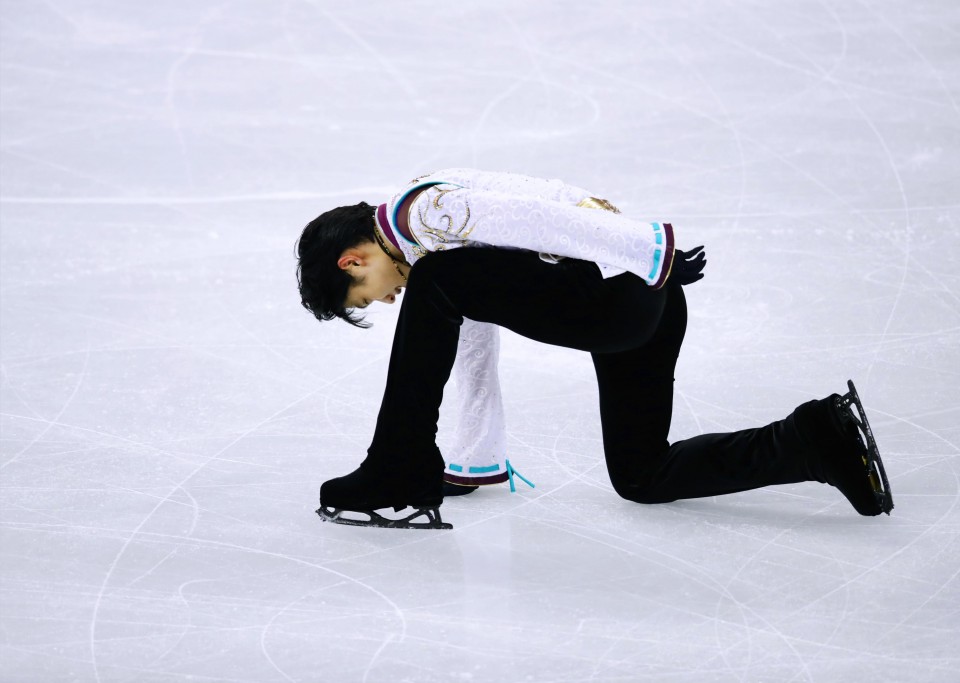 Hanyu drops his knee down to the ice after giving his all in his performance. 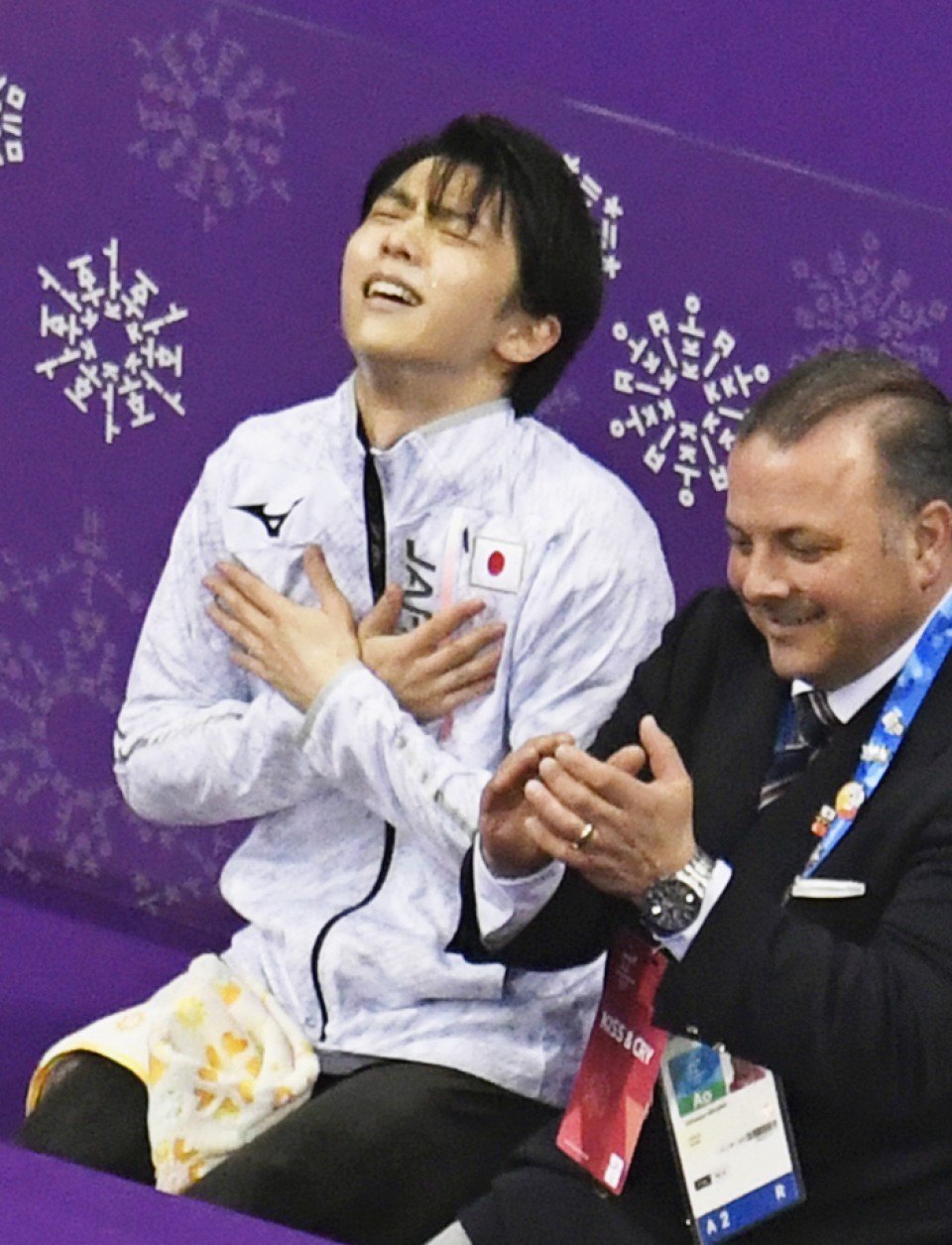 Hanyu is relieved in the kiss and cry. 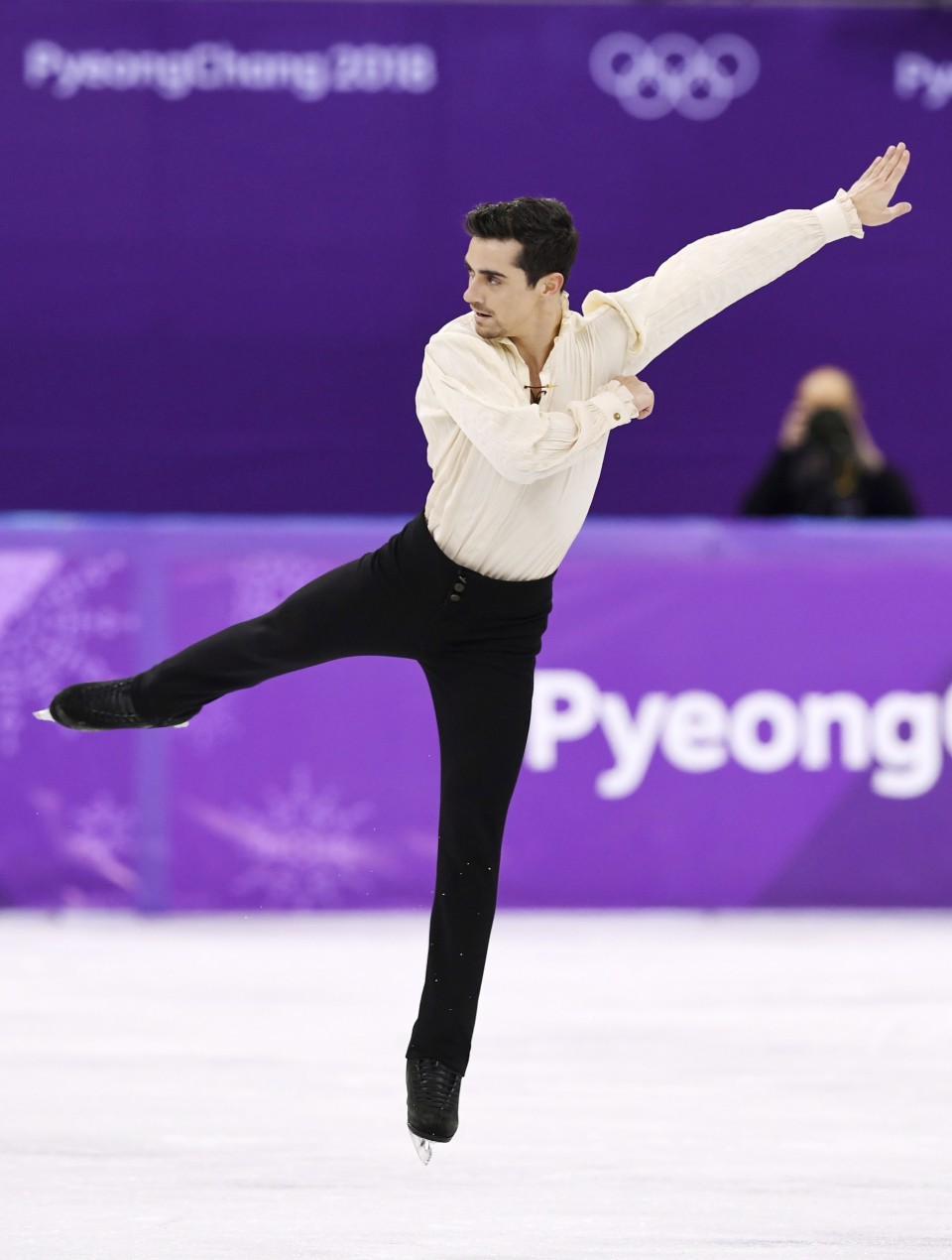 Javier Fernandez, who was second after the short program, follows Hanyu with a brilliant performance of his own but placed second with only Shoma Uno remaining in the free skate. 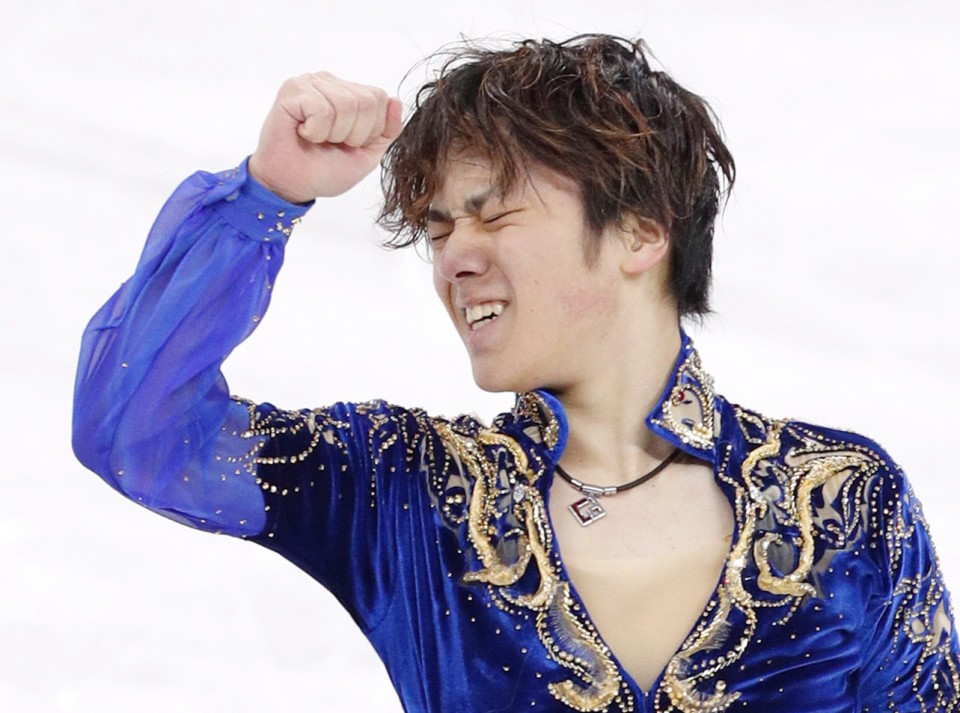 Uno, third after the short program, is unable to land his first toe loop but regroups to finish strongly. 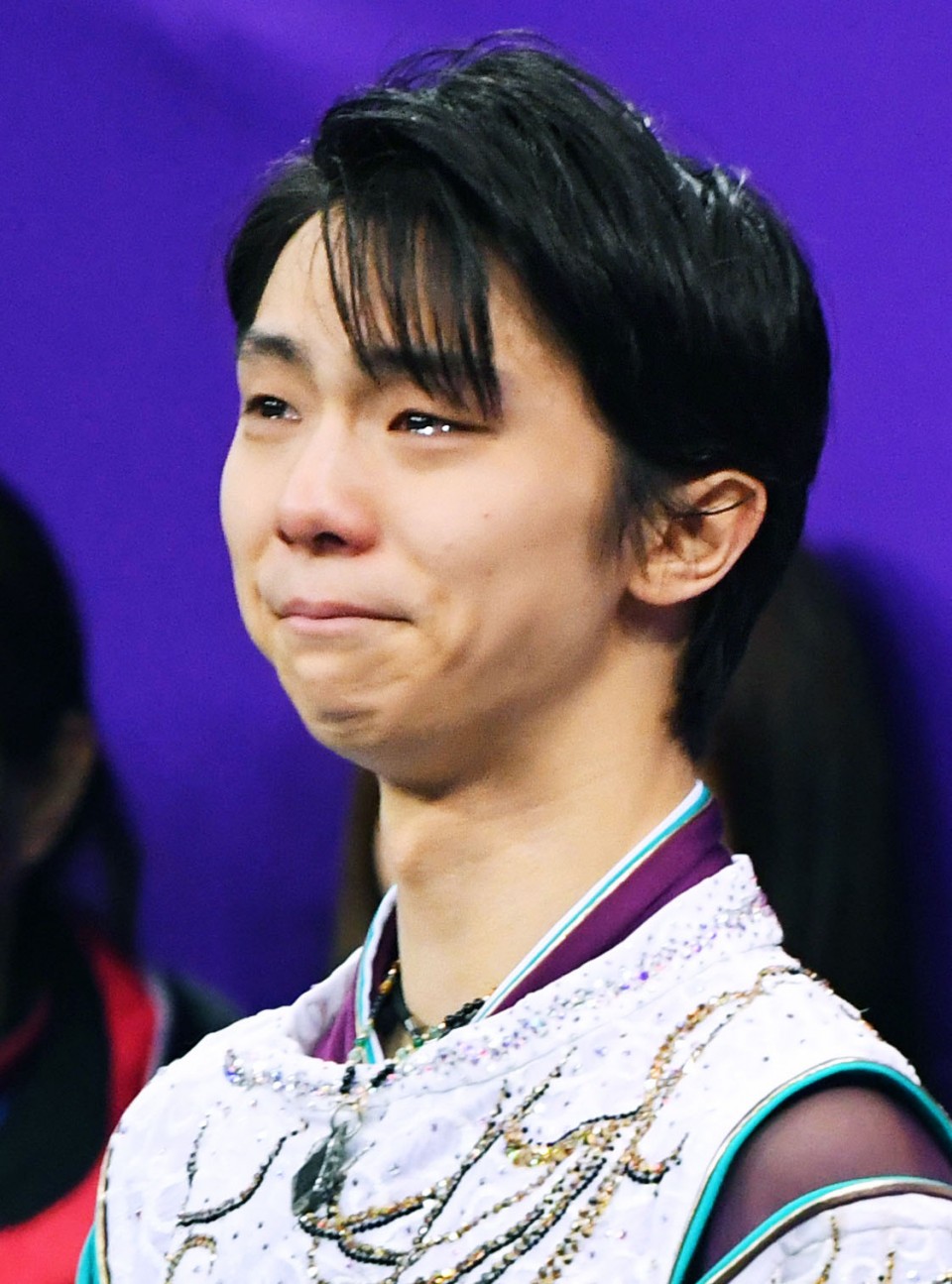 Hanyu finds out he has won. 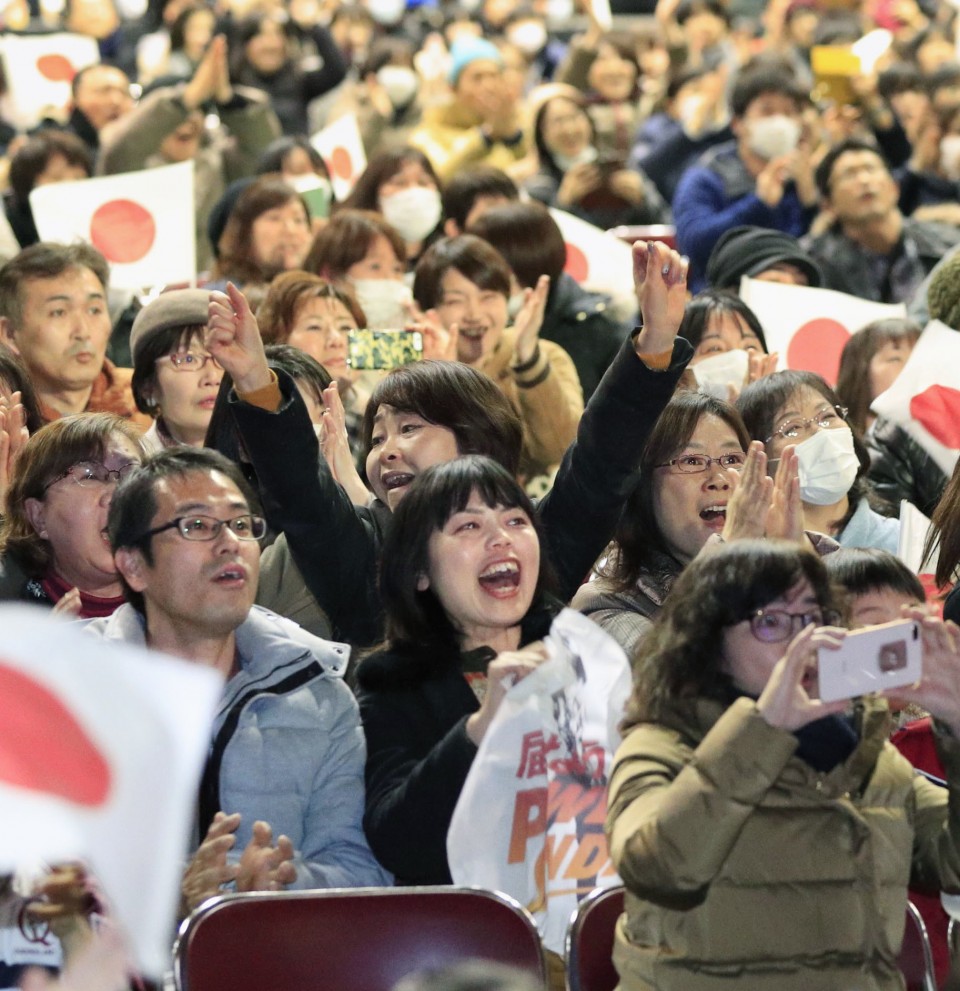 People in Hanyu's home town Sendai celebrate his victory at a public viewing. 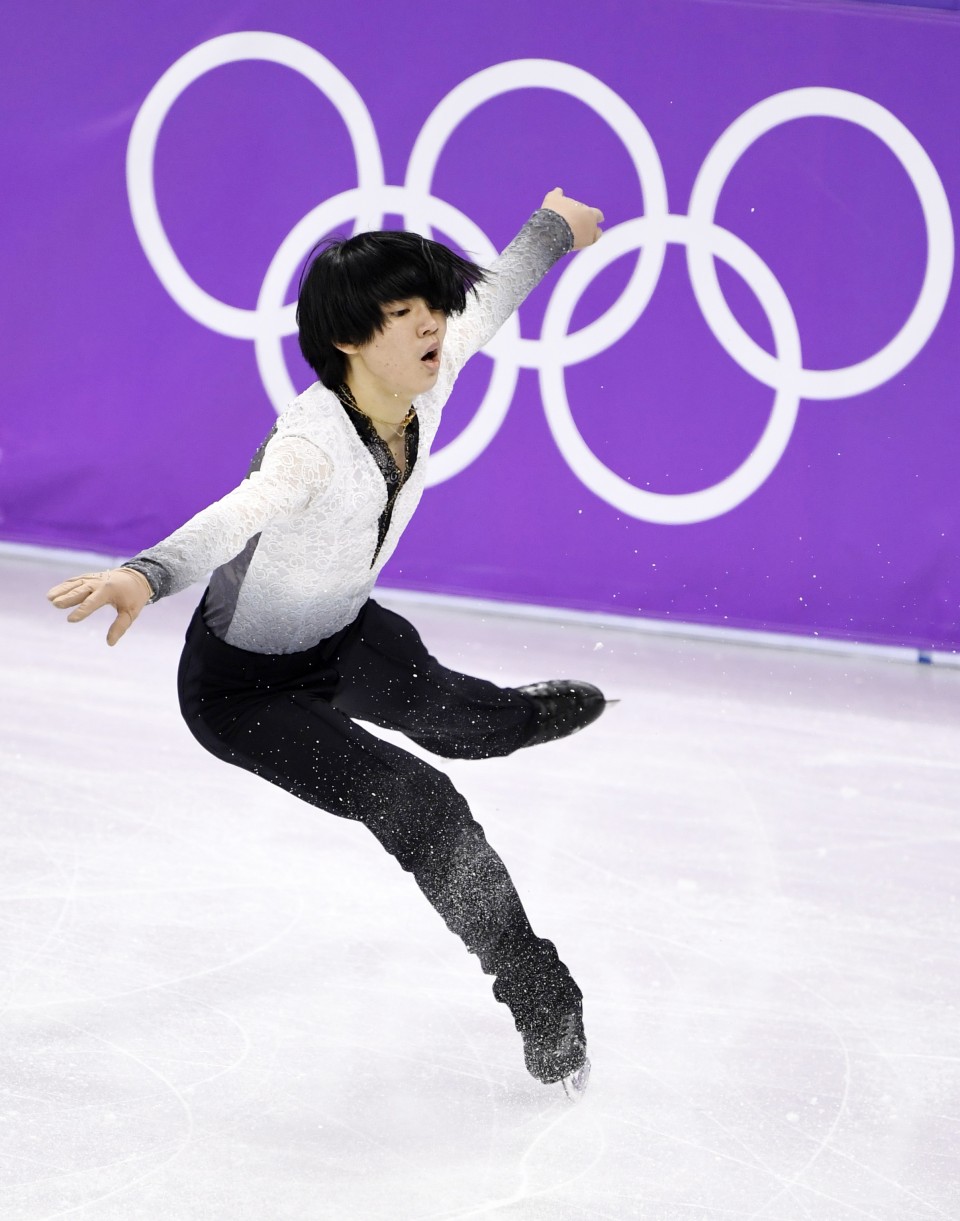 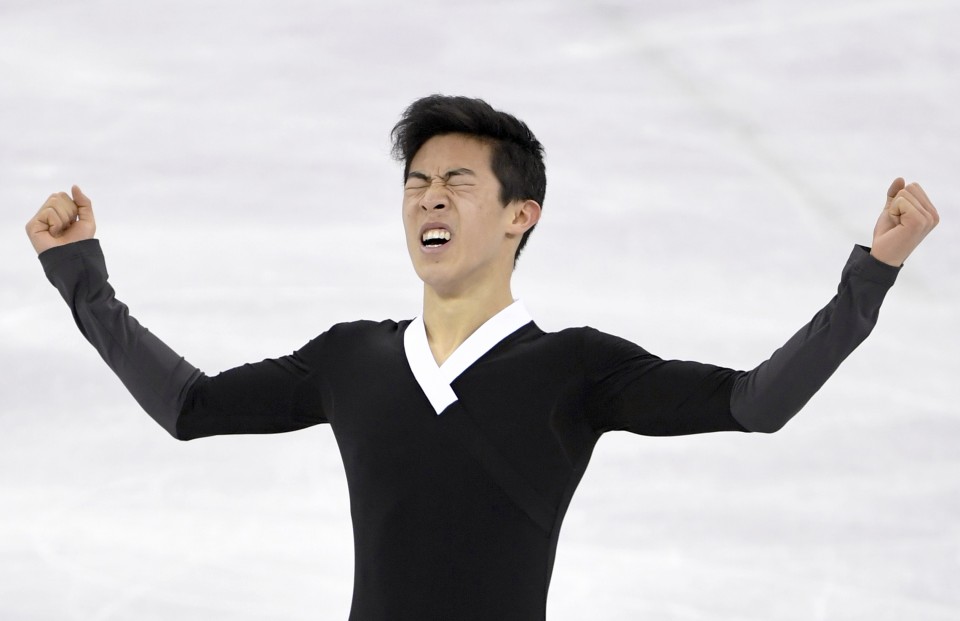 Nathan Chen of the United States, who was one of the gold medal favorites coming into the Pyeongchang Games, reacts after his gutsy performance. He bounced back from a disappointing short program to have the highest free skate score and finish fifth. 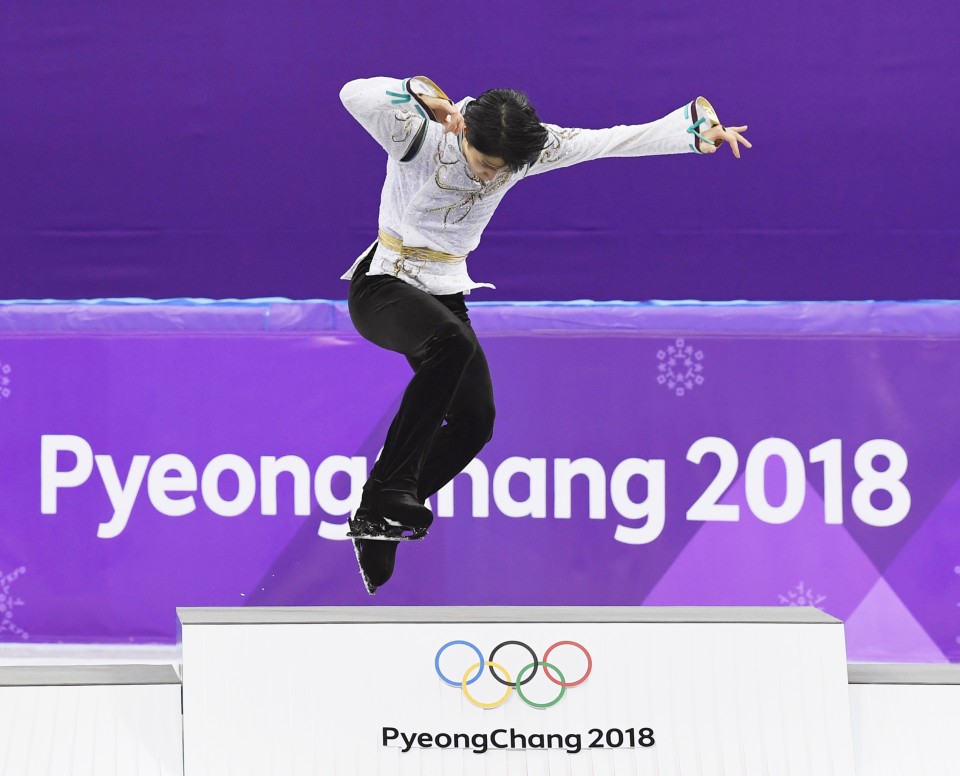 Hanyu jumps onto the podium. 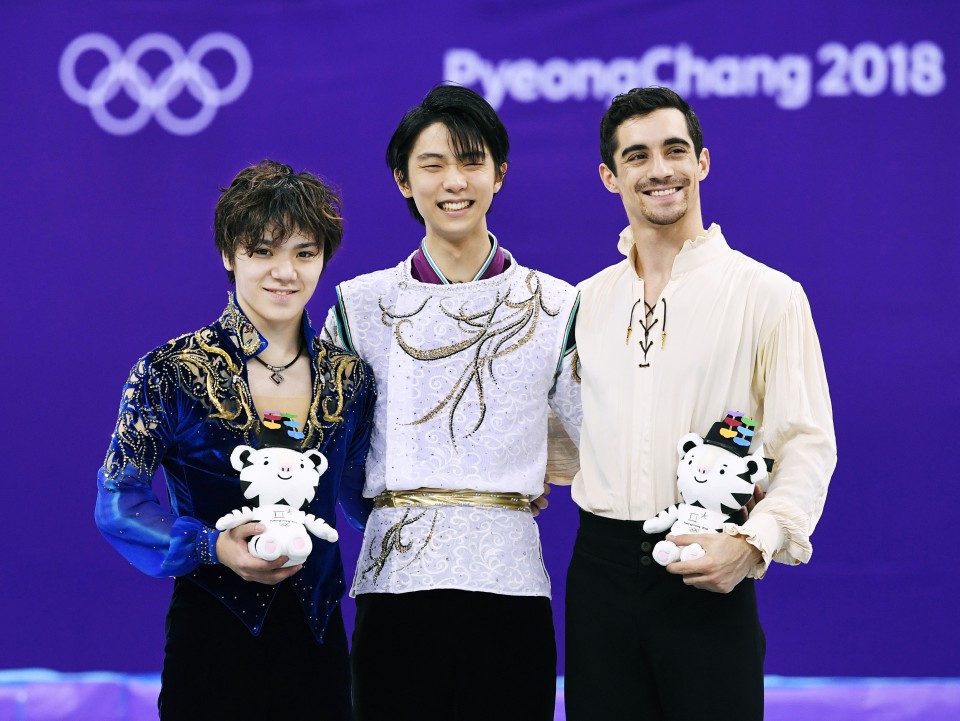 They are all smiles after a hard-fought competition. 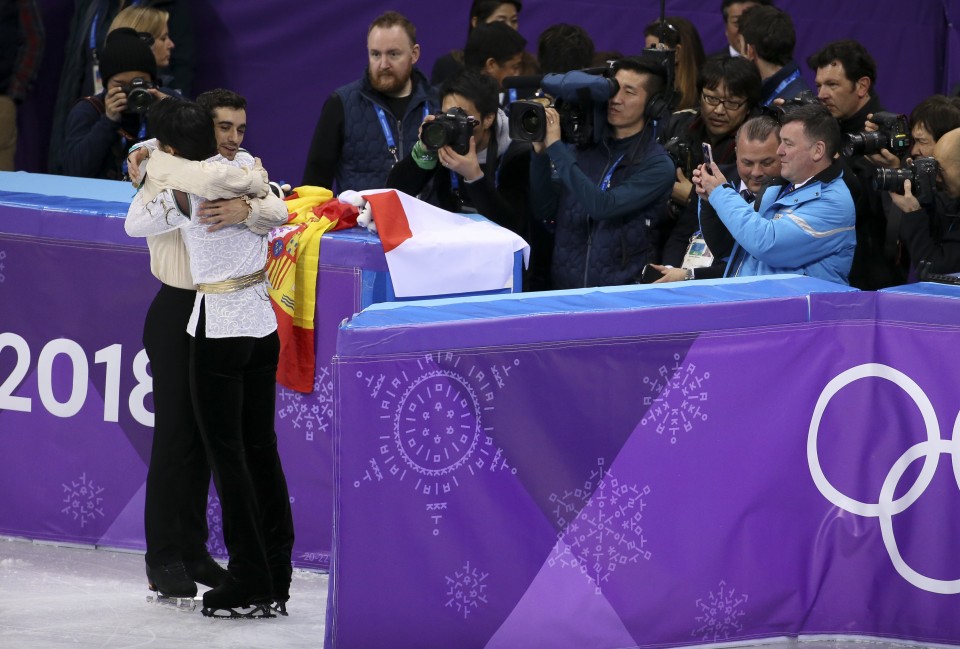 Hanyu and Fernandez hug each other as their coach Brian Orser proudly takes a picture. 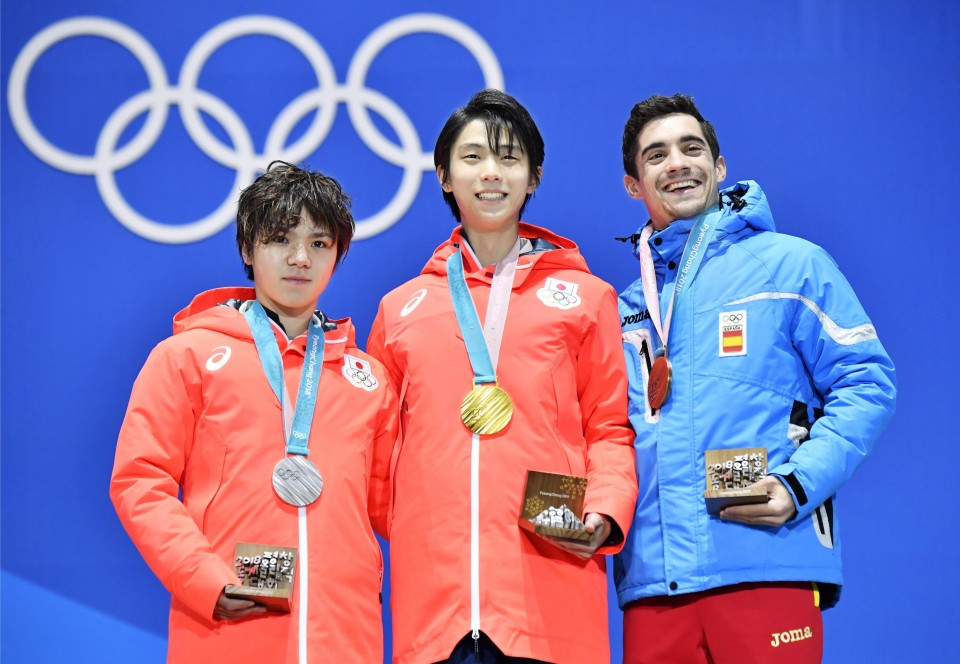 Last but not least, here is the full video of Hanyu's press conference the following day on Feb. 18.