Olympics: Hanyu not to carry flag at closing ceremony, worlds in doubt

Two-time world and Olympic men's figure skating champion Yuzuru Hanyu said Thursday he has no plan to act as Japan's flagbearer for the closing ceremony of the Pyeongchang Winter Games.

Speaking after practice for Sunday's gala exhibition, Hanyu, who became the first man in 66 years to defend his Olympic title last week, also said he is still undecided about whether to take part in the upcoming world championships in Milan. 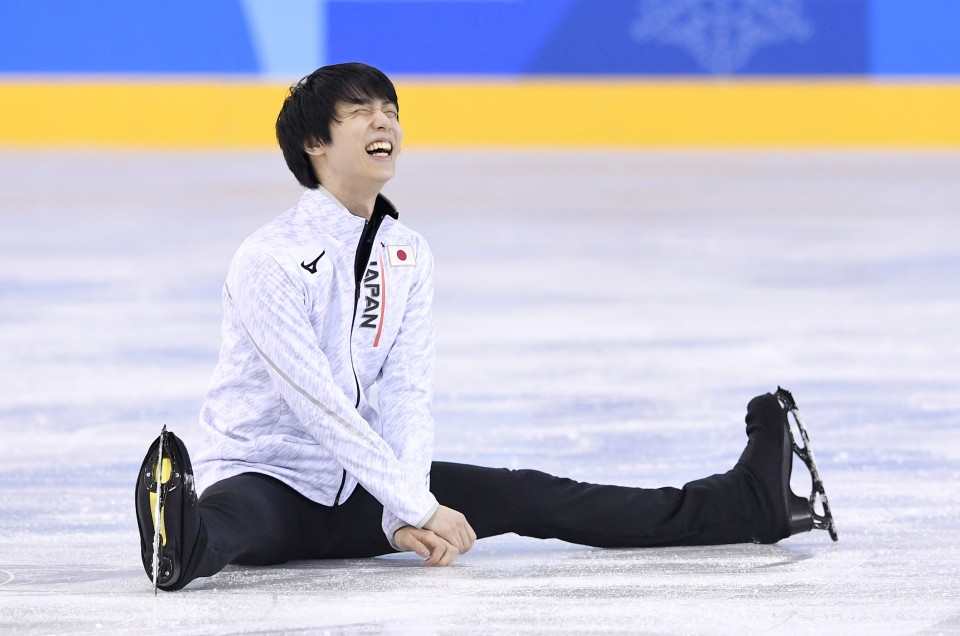 Hanyu's name has been mentioned as a candidate to carry Japan's flag at the closing ceremony, and although he will be in attendance, he said, "I have no plan to do that, I am just thinking of quietly enjoying myself."

"I just want to enjoy it as an athlete and member of the Japanese delegation as normal."

Hanyu's gold medal win here completed a memorable comeback from a serious right ankle injury suffered while attempting to land a quadruple lutz during practice for the NHK Trophy in November. 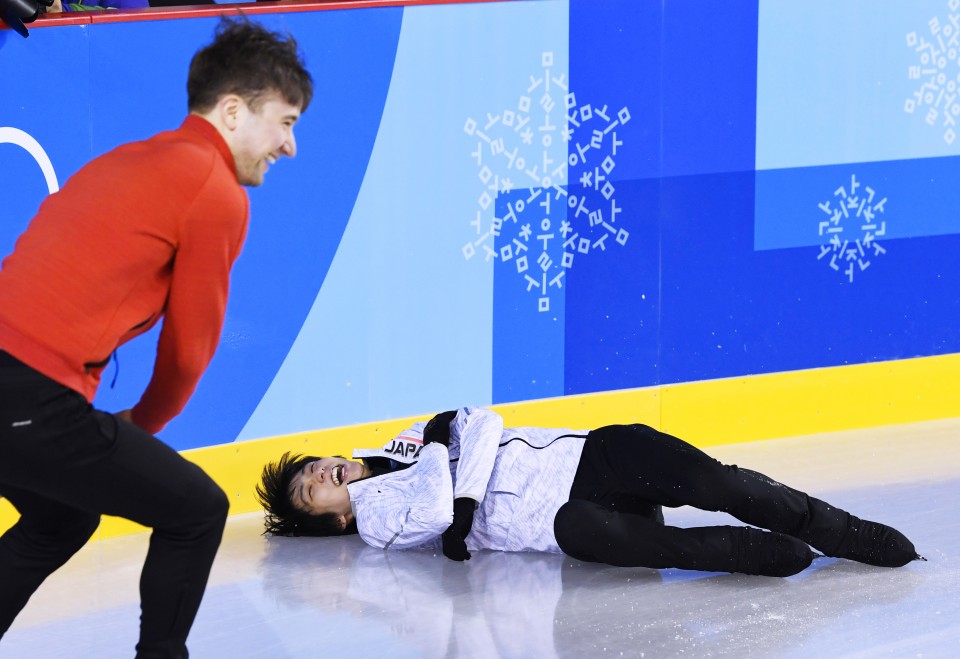 He has been performing in Pyeongchang, his first competition in four months, with the aid of painkillers.

"I am still a bit undecided," Hanyu said of next month's worlds. "I think it is the federation that will make an announcement about that."

"My ankle is not in good shape and I have to keep that in mind and take various things into consideration before coming to a decision." 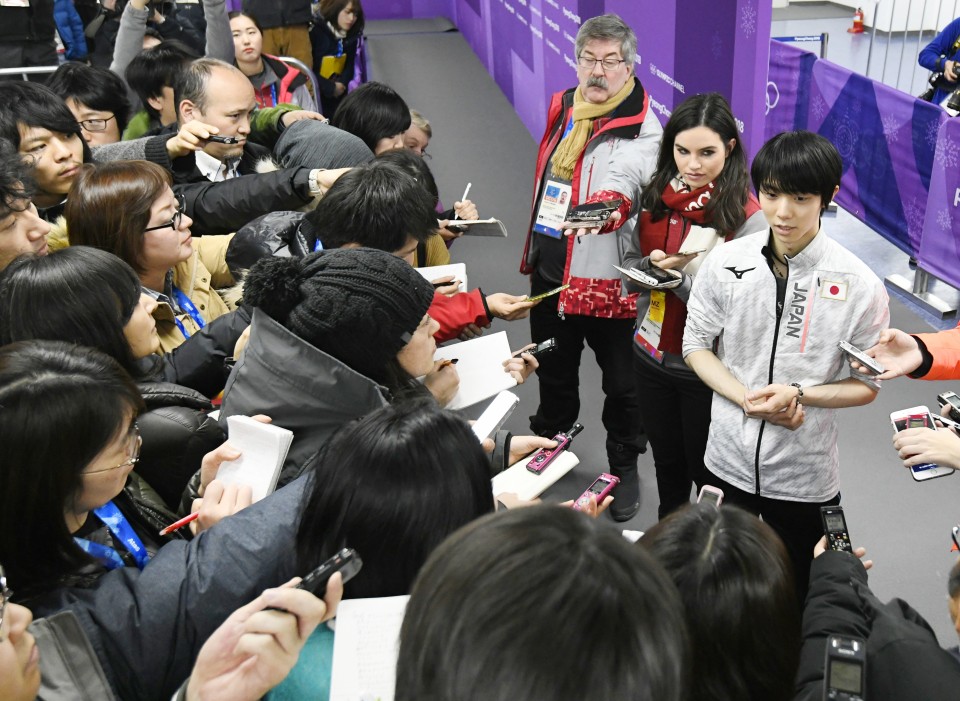 Hanyu said he will continue to take painkillers until the exhibition is done.

"I'll keep taking them so I don't lose my skating feeling but I will start reducing the dosage and then after that, I have to look at how I am feeling and take it from there."

"It is launching into the lutz and loop that is causing pain but landing is okay as long as I am taking the painkillers." 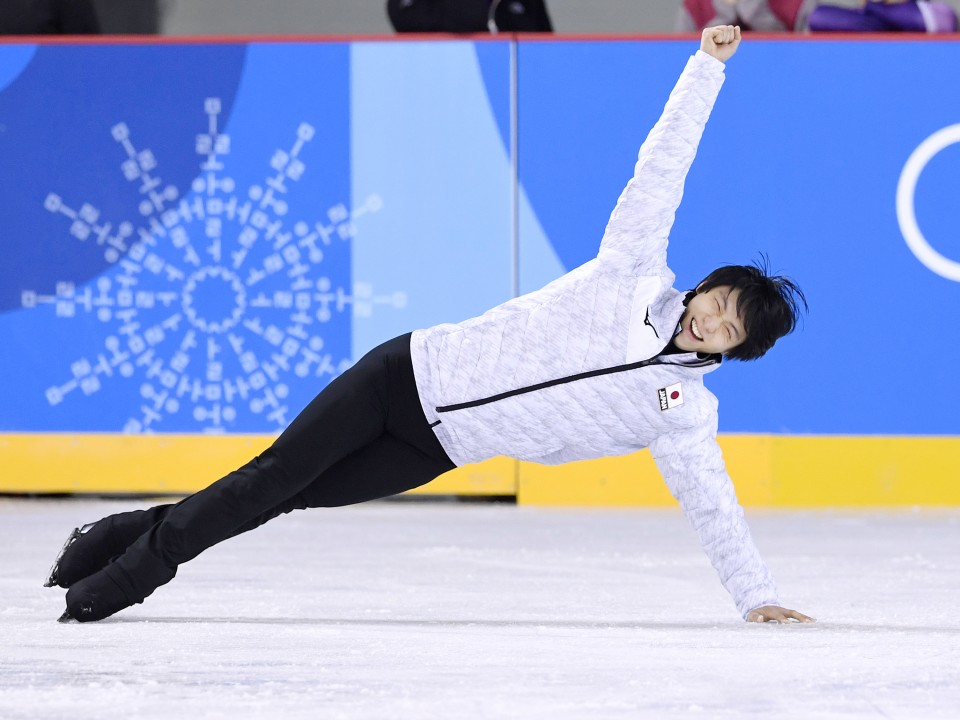 Hanyu skipped the team competition in Pyeongchang to focus on defending his title and left the quad lutz out of his programs.

The 23-year-old from Sendai was in a playful mood during rehearsal for the gala, joking and dancing with his fellow skaters on the practice rink at Gangneung Ice Arena.

Hanyu drew a few worried gasps at the start of the session when he fell and crashed into the boards when impersonating a speed skater. He was quick to get back on his feet and laugh it off, however. 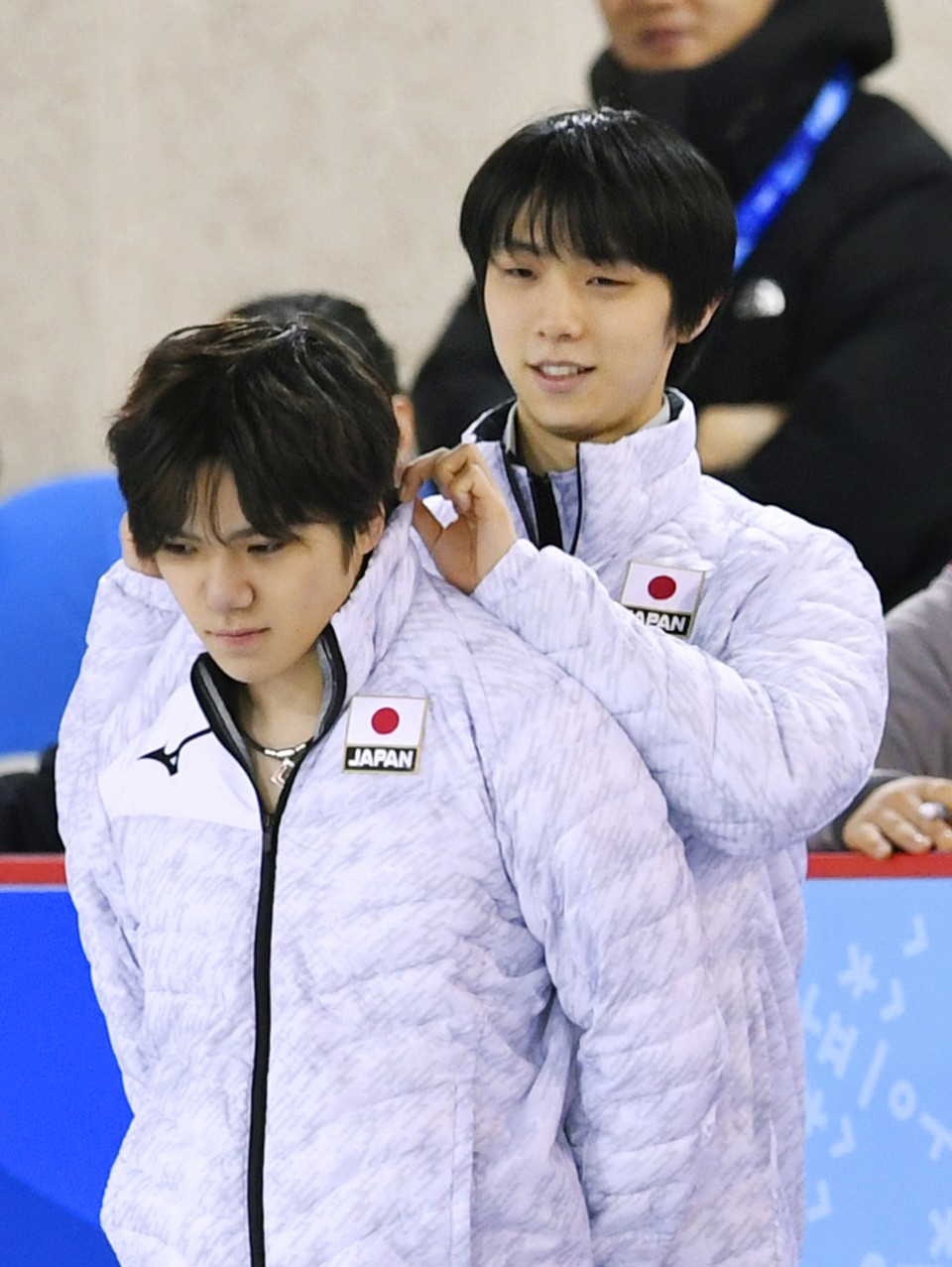 More on figure skating at the Olympics: