With the Beijing Winter Games ending Sunday, Japan will turn its attention to discovering young athletes with disabilities who have the potential to become future Paralympic medalists.

But Japan is grappling with challenges in the talent identification process as it looks to help young athletes with impairments find a path into sport and then onwards to the Paralympic podium. 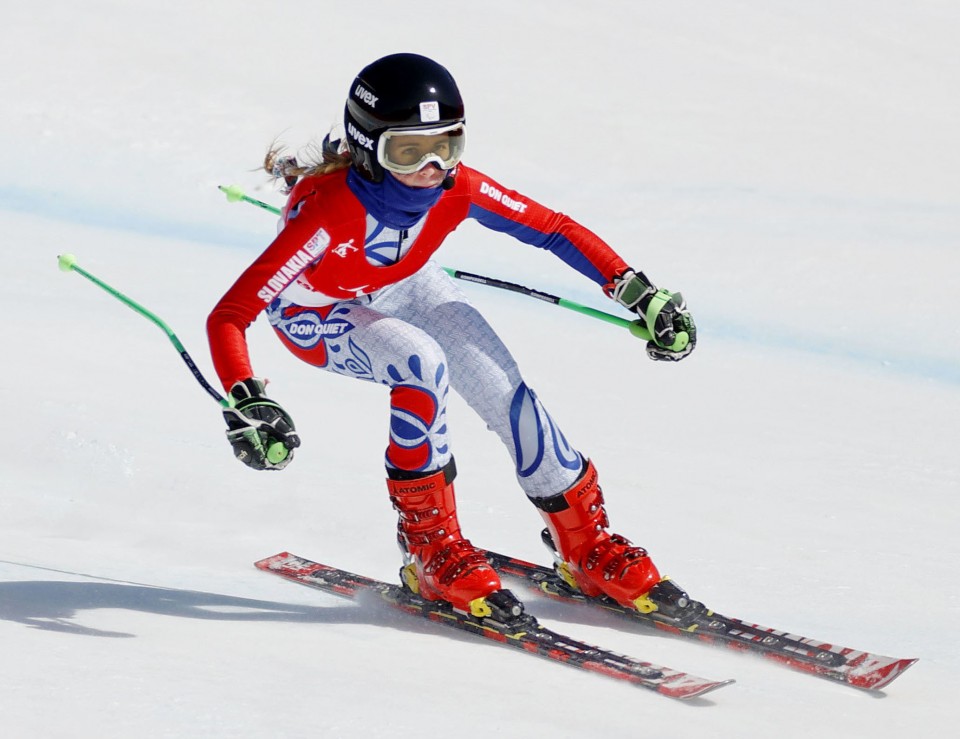 Alexandra Rexova of Slovakia competes in the women's super-G vision impaired at the Beijing Winter Paralympics on March 6, 2022, at the National Alpine Skiing Centre in the Yanqing competition zone. (Kyodo)

Lack of accessibility in sports facilities and infrastructure limits the involvement of individuals with disabilities in sports, making it tough for athletes to find a safe and supporting environment to jump-start their sporting careers at an early age.

If gyms and swimming pools that are friendly to the impaired are hard to find in Japan, finding snow and ice sport programs for people with a range of disabilities and mobility issues that offer adaptive equipment, qualified instruction and competition can be even harder.

While sport can be an important vehicle for the disabled to gain a foothold in their community, it requires a high level of commitment from all concerned to deliver the ultimate success.

"It's very difficult to identify and develop athletic talent. Athletes and their parents need to be fully committed," said Kuniko Obinata, a representative of the Japan Para-Ski Federation.

The youngest of the three Japanese to win a medal in Beijing was 21-year-old cross-country skier Taiki Kawayoke. The others went to 25-year-old Momoka Muraoka and 41-year-old Taiki Morii, both Alpine sit-skiers. 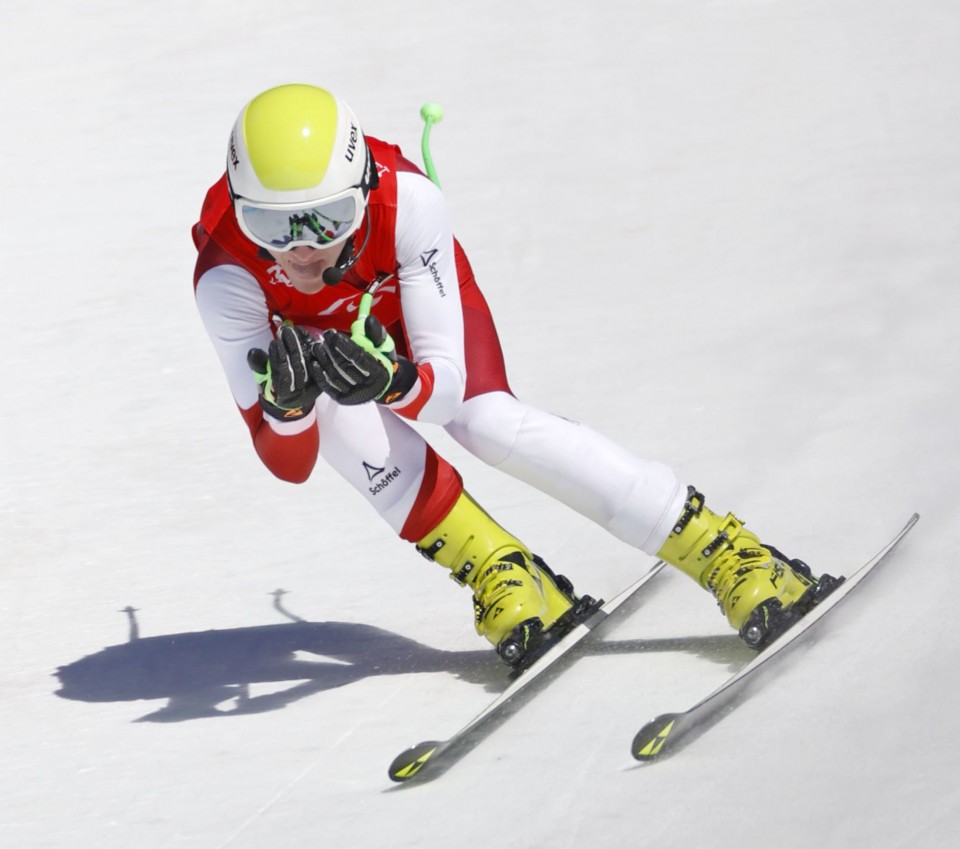 Johannes Aigner of Austria competes in the men's downhill vision impaired at the Beijing Winter Paralympics on March 5, 2022, at the National Alpine Skiing Centre in the Yanqing competition zone. (Kyodo)

Countries that are dedicating more resources to support disability sports are reaping the benefits.

Alpine skiers Alexandra Rexova of Slovakia, who struck gold in the women's super-G vision impaired, and Johannes Aigner of Austria, who captured five medals in the vision impaired class, including two gold, are both 16 years old.

China, Germany and Great Britain also had gold medalists under the age of 20.

International Paralympic Committee chief brand and communications officer Craig Spence said at the IPC press conference on Thursday that young athletes have stolen the show in both Paralympics in Beijing and Tokyo.

"Here, and it was the same in Tokyo, young, up-and-coming athletes are dominating the podium. This is tremendous for the Paralympic Games and the Paralympic Movement," he said.

Spence said the Paralympics have been getting more coverage on TV in the last two decades, inspiring a new generation of para athletes to take on new adventures. At the time of the 2030 Games, for which Sapporo is a strong chance to win the bidding, interest will have increased even more.

"Huge credit needs to go to our National Paralympic Committees and International Federations for developing such talent," Spence said.

The start of a new Paralympic cycle offers a fresh chance for individuals and nations to look ahead and identify talent. Most countries attempt to develop systems that identify gifted athletes and promote their development.

After the unprecedented Tokyo Games postponement and the quick turnaround for Beijing, the Olympic and Paralympic circus will return to taking place every two years, starting with Paris, in the summer of 2024. Milan-Cortina in Italy will host the 2026 Winter Games.

Looking ahead to a possible time when it is again a Paralympic host, Japan needs to set more ambitious plans to boost the nation's winter sport talent pool and secure the future of Paralympic sports at home. 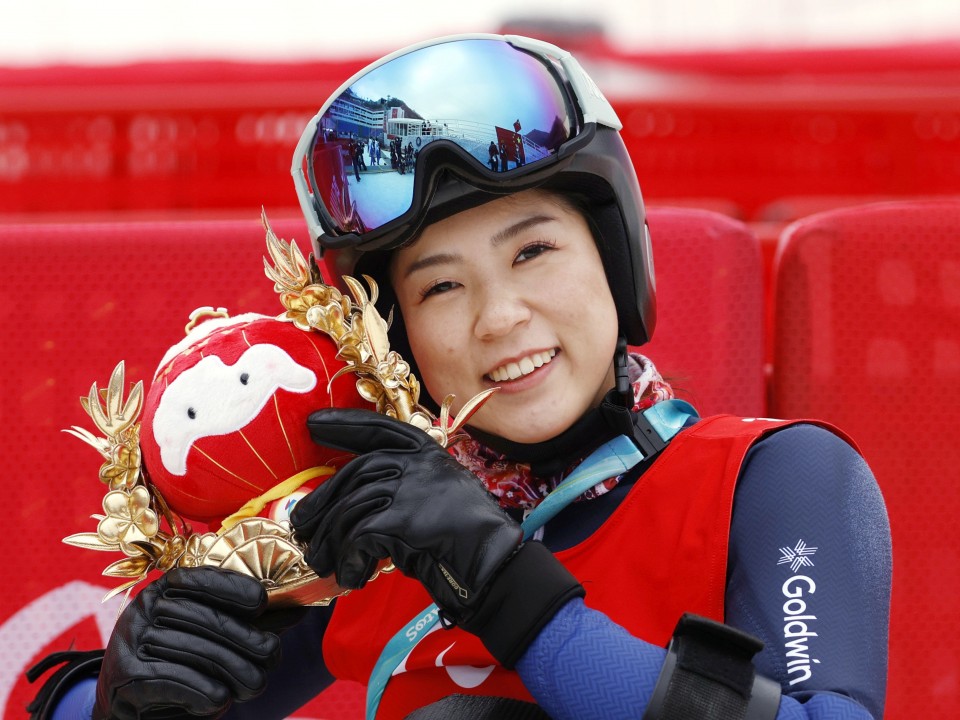 Japan's Momoka Muraoka poses with the mascot of the Beijing Paralympics on March 11, 2022 after winning the women's sitting giant slalom for her third Alpine skiing gold medal of the games. (Kyodo)