With her trusted guide dog Riley watching on, Austrian cross-country skier and biathlete Carina Edlinger added a bronze to her Beijing Paralympic medal collection on Saturday following a gold-winning performance earlier in the games.

On Wednesday, she finished first in the women's sprint free technique at the National Biathlon Centre in Zhangjiakou, northern China.

She came into the games as one of the big medal favorites but struggles with her health meant she failed to finish both her biathlon races and one of her three cross-country events. 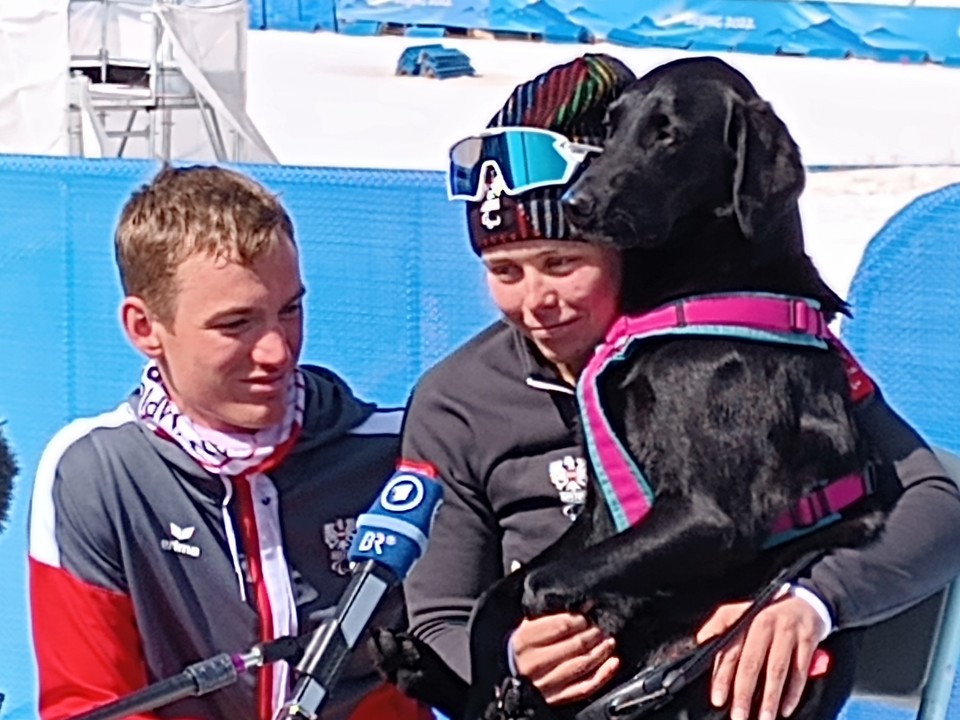 Throughout all her ups and downs, though, Riley was there for support.

"At the end of the day, he takes you as the person you are no matter if you took your medal or not. I think that's the most important thing in life," Edlinger said after Saturday's race.

"We love sports but we still should be a happy person and don't forget about other things that count the most," she added.

Edlinger's eyesight began deteriorating in 2010 because of Stargardt disease and now she has only between 1.5 and 2 percent vision, which Edlinger believes makes her probably the most low-vision athlete competing. But the presence of her guide dog provides more than another set of eyes.

After winning her gold medal earlier in the week, Edlinger said the most important thing for her about participating in the games was making sure Riley was along for the ride.

The Beijing Paralympics were also a coming-out party for Riley as he was featured on many television broadcasts when Edlinger took him onto the podium during her gold medal celebration with her guide Lorenz Josef Lampl.

"(Riley is) there for the whole team or the para Nordic family. So he is super famous," Edlinger said.

But when asked if Riley gets anything more out of the experience, Edlinger said he has a prize on the way in the form of a stuffed Shuey Rhon Rhon mascot, just reward for the help he provided on her journey to gold.