In his darkest moments, Yamato Aoki thought about giving up on life, but now he is an entrepreneur and an Alpine skier who made his Paralympic debut at the Beijing Games.

In the men's giant slalom standing event on Thursday, Aoki placed 30th. He has one event remaining, the men's slalom, to be contested on Sunday. 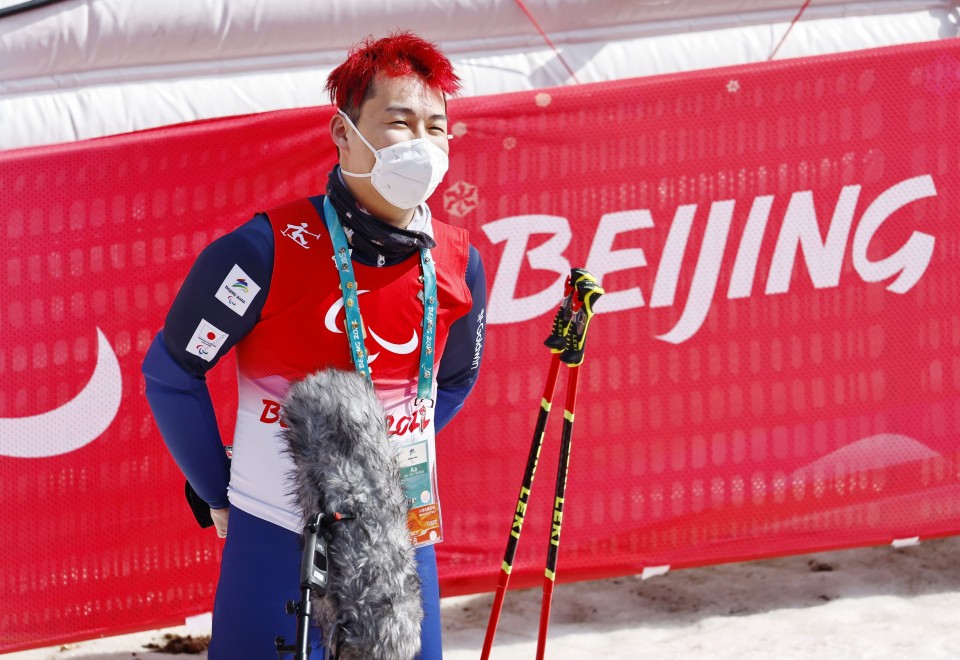 Yamato Aoki is pictured in the Yanqing competition zone on March 10, 2022. (Kyodo)

Even if he leaves China with no medals to show for his efforts, having para skiing alongside another career has given him more reason to get out of bed -- and he considers that a big win.

In 2014, when Aoki was a college student with an interest in politics, he created a website on which he used a fake identity of a fourth-grader to criticize Japan's ruling party for calling an election.

He went viral online and nationalists and reporters flocked to his home to harass him. He was forced into a nightmare situation of his own making and he just wanted to die.

"It was unbearably hard," he said.

Life had dealt him a blow and in January 2016 he took another when he fell down a flight of stairs at an apartment complex where his parents lived and suffered a spinal cord injury.

He said he spent his days in hospital staring at the ceiling questioning his belief in God and progressively losing hope.

But following extensive rehab, he regained the ability to walk and started to see signs of hope. That is when he founded a share house management company, hoping to become financially independent.

Now he has left that company and owns a business renting and selling kick scooters, among other things. 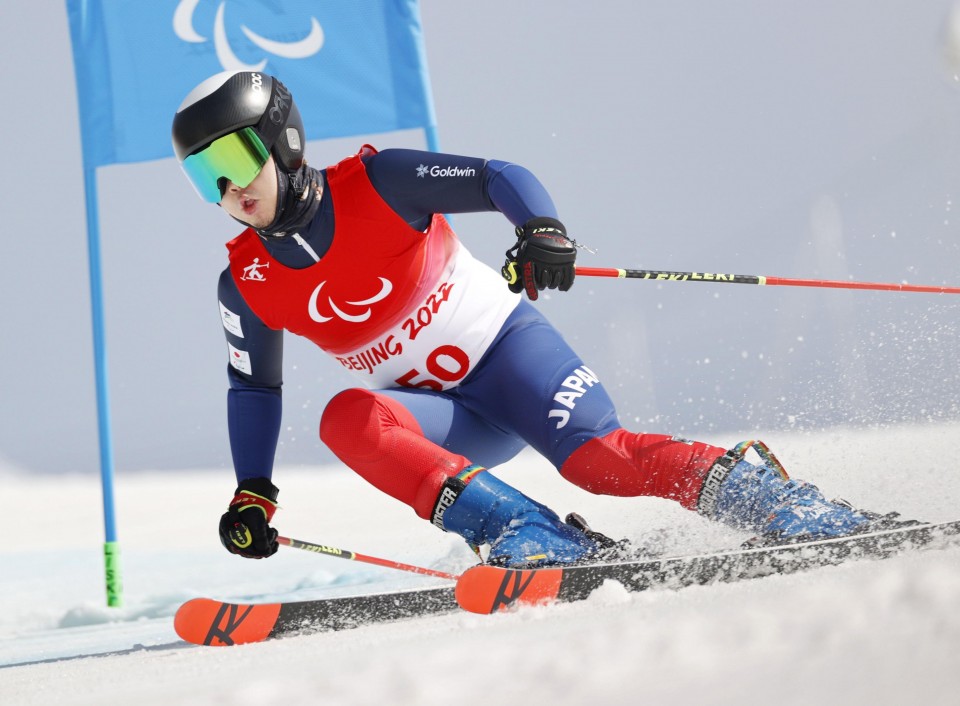 Yamato Aoki competes in the men's giant slalom standing at the Beijing Winter Paralympics on March 10, 2022, at the National Alpine Skiing Centre in the Yanqing competition zone. (Kyodo)

Aoki, who had been an avid skier in high school, wanted to be a Paralympian ever since he saw skier Hiraku Misawa on TV gliding down a mountain on one leg at the 2018 Pyeongchang Games. He said he felt like he had been given permission to pursue that dream.

Aoki competes in standing ski events as an LW3 athlete, a classification for those with moderate impairment in both legs.

Since he arrived in Beijing, Aoki has been active on Twitter.

His sporting hero Misawa, who is also competing in Beijing, praised him for using social media to reach out and widen his reach in the community.

"His digital communication skills are what set him apart from other para athletes," Misawa said.

Aoki says he is so vocal about his sport because he refuses to let his disability define him.

"I may be restricted in terms of my body but my heart has been set free," he said.