With a winning time of 1 hour, 12 minutes, 55 seconds, Sugiura added the road race gold to the one she won in the time trial at the same venue on Tuesday. Anna Beck of Sweden claimed silver and Australia's Paige Greco finished in the bronze position. 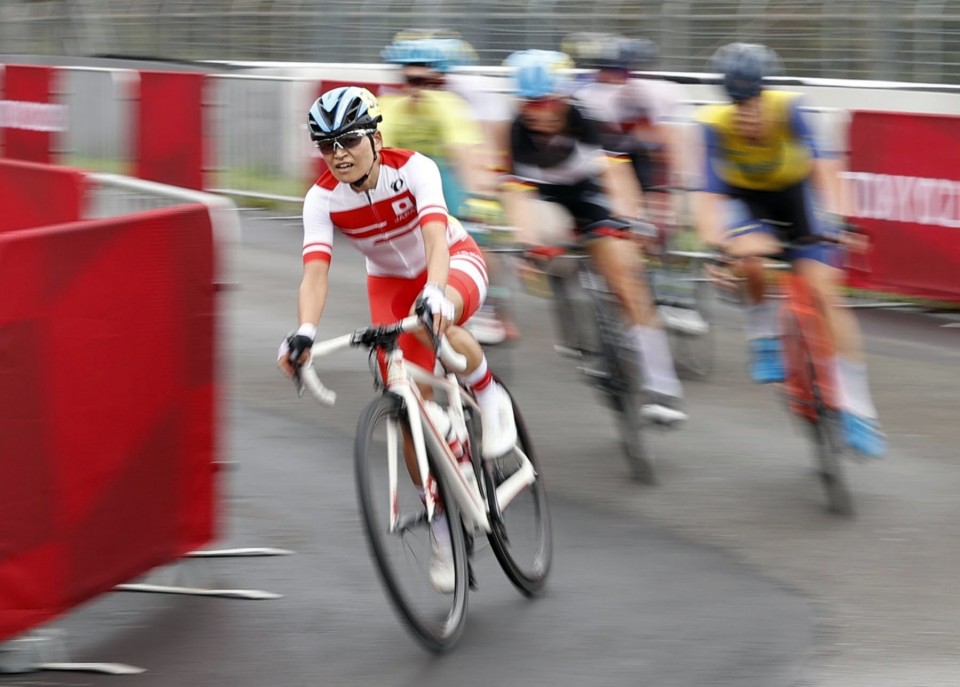 "After I reached the finish line I couldn't believe it. It feels amazing. I renewed my record (for oldest Paralympic gold medalist) again," said Sugiura.

"I think I used up all my luck. In the toughest final stretch, I heard my coach shouting 'go, go'."

The other Japanese, Miho Fujii, finished last of the 15 competitors in the race that featured three 13.2-kilometer laps of the motor racing circuit at the foot of Mt. Fuji.

It is the first time a Japanese athlete has won multiple cycling gold medals at a single Paralympics.

Sugiura, who became Japan's oldest-ever gold medalist with her win on Tuesday, broke away from the peloton around the 3-kilometer mark and crossed the finish line 16 seconds ahead of a chasing pack.

Beck, Greco and Chinese rider Wang Xiaomei crossed the line after a sprint and recorded the same finishing time.

The podium is a repeat of the 8km time trial for the C1-3 class with all three medalists winning the same medals.

Paralympics: Cyclist Sugiura proves that old can still be gold