The president of the Tokyo Games organizing committee on Monday pledged to take all possible measures against the coronavirus to hold a safe Paralympics for participants and the Japanese public, on the eve of the opening of the largest global event for athletes with disabilities.

"We will protect the games that will open tomorrow until the very end and guide them to success," Seiko Hashimoto told a press conference. 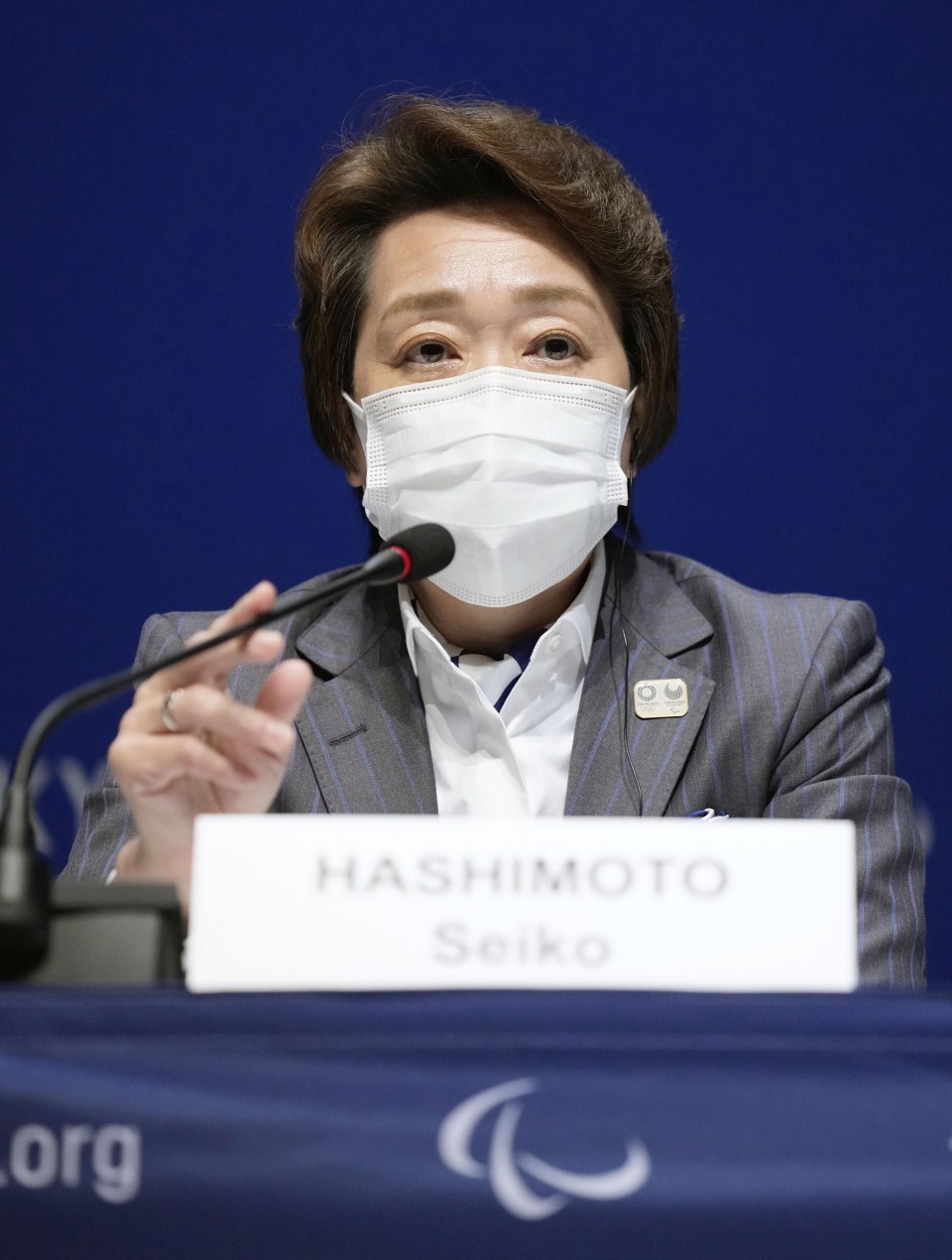 Seiko Hashimoto, head of the Tokyo Olympic and Paralympic organizing committee, attends a press conference in Tokyo on Aug. 23, 2021. (Kyodo)

Hashimoto said the committee will strengthen coronavirus countermeasures from those of the Olympics, since many Paralympians have underlying health conditions.

The number of daily infections has roughly tripled in Tokyo since the start of the Olympics on July 23, and the Japanese public remains worried about going ahead with the Paralympics during a global health crisis.

Andrew Parsons, president of the International Paralympic Committee, expressed confidence that safety rules will be followed by athletes and officials, and stressed that the games can be held without risking their health or that of the public.

"One of the questions I have been asked quite often is, can we have safe games? And the answer is yes," he said at the press conference. "We would not be here if we did not believe that we could deliver a safe games."

The Tokyo Paralympics, delayed for one year due to the coronavirus pandemic, will feature about 4,400 athletes, while competitions will be held without spectators as part of efforts to prevent the further spread of COVID-19.

The IPC said 161 countries and regions, in addition to the refugee team, will compete in the 13-day games through Sept. 5.

Considering current circumstances, the IPC said the figure is "tremendous" as the biggest number of Paralympic teams to compete was 164 in London in 2012 and it is three more than the previous games in Rio de Janeiro five years ago.

Five delegations, including Bhutan and Paraguay, will make their debuts, but some were unable to send their athletes due to travel difficulties caused by the pandemic, according to the IPC.

Athletes from Afghanistan will not be in Tokyo after the Taliban regained control of the country, but their flag will be included in the opening ceremony at the National Stadium as a "sign of solidarity," Parsons said.

He said a representative of the Office of the U.N. High Commissioner for Refugees will carry the flag into the stadium.