The Japan Wheelchair Basketball Federation said Tuesday that a member of the Japanese women's team has been deemed ineligible to compete at the Tokyo Paralympics for not being compliant with the International Paralympic Committee's classification rules.

In January, the IPC ordered the International Wheelchair Basketball Federation to verify that 132 athletes, whose disabilities fell into the 4.0 and 4.5 classifications, were actually compliant with the IPC's qualification code. 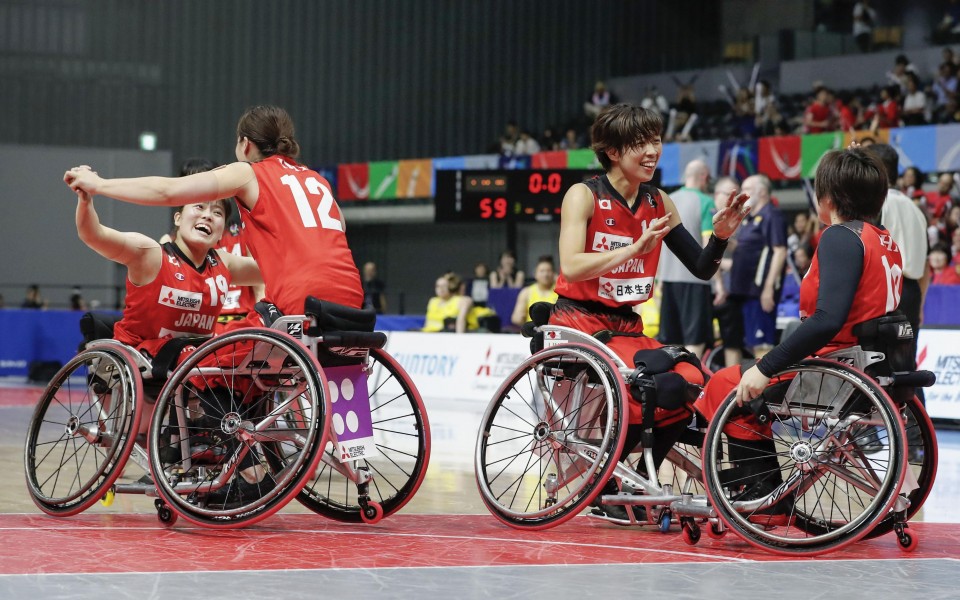 In July, the IPC announced that nine wheelchair basketball players would be ineligible for the Paralympics.

The Japan Wheelchair Basketball Federation accepted the decision without asking for a re-examination and chose not to disclose the athlete's name.

In 2017, the IPC said it asked all international federations to complete a self-assessment audit of their compliance with the 2015 IPC Athlete Classification Code and International Standards, which includes the eligible impairments across Paralympic sports.

The IWBF was found to be non-compliant the following year since the federation recognizes more impairment groups than the code distinguishes.

Wheelchair basketball competitors are classified on a point system from 1 to 4.5 -- from highest to lowest in level of impairment -- with the main difference between classes being trunk control and sitting balance, which impact players' ability to catch and pass the ball.

In an open letter on the IWBF's non-compliance issued last week, the IPC and the IPC Athletes' Council said they "sympathize greatly with the players recently found non-eligible and acknowledge the impact this has had on teams preparing for Tokyo," but insisted it was "time to abide by the rules."

The IPC has already removed wheelchair basketball from the 2024 Paris Games, a decision which can only be reversed if the sport's governing body "fully complies" with the code by August 2021.

Wheelchair basketball is one of the most popular of the 22 sports scheduled for the Tokyo Paralympics starting on Aug. 24, 2021. Japan automatically qualified for the men's and women's competitions as hosts.