Wild monkeys are delighting visitors to a zoo in western Japan by huddling together in the shape of a dumpling to beat the severe winter cold.

The simians nestling together to share body heat has become a common winter sight at the "Monkey Kingdom" in the Choshi Valley Nature Zoo on Shodo Island in Kagawa Prefecture, which feeds around 500 wild Japanese macaques.

The monkeys often gather to form the "saru dango" after 3 p.m. when the sun begins to set. The number increases, sometimes to over 100, on windy or cloudy days. The dumpling can usually be seen until the end of February. 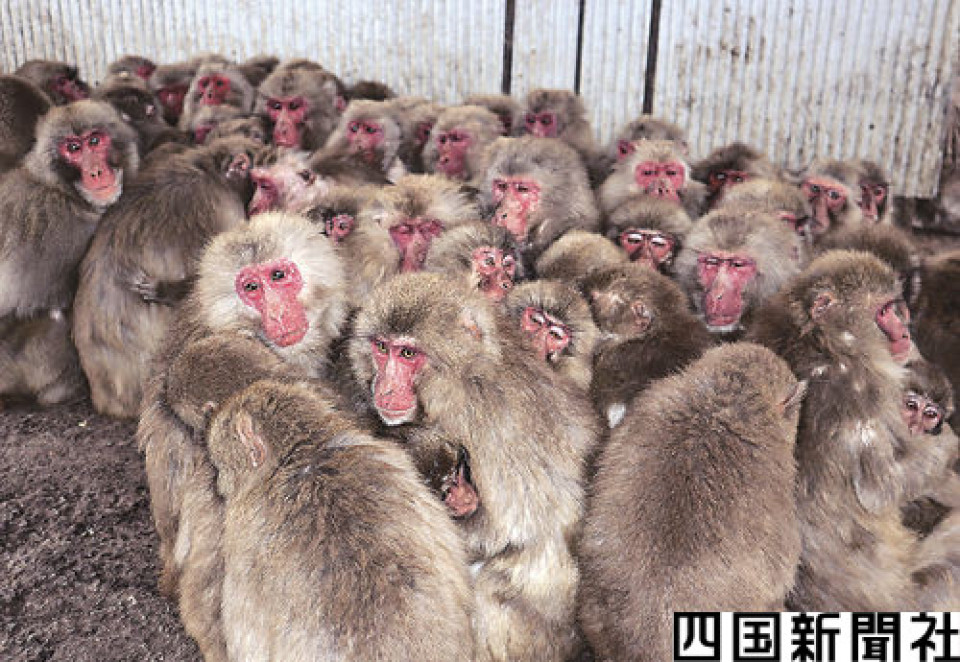 Monkeys huddle together to keep out the cold at "Monkey Kingdom" in the Choshi Valley Nature Zoo on Shodo Island in Kagawa Prefecture.

The monkeys in the park are divided into two troops. On Jan. 16, 100 members of one group formed a dumpling in the center of the park when the wind picked up.

The mother monkeys and their infants gathered together first and after the group leader took his place in the center, other monkeys joined to form the dumpling.

After a while, the young monkeys settle into sleep in the embrace of their family. "Their fur looks fluffy and warm. I guess it (the dumpling) is the monkeys' logical way of protecting themselves from the cold," said a man who was visiting the zoo with his family from Hyogo Prefecture.