Japan forward Rui Hachimura tied his NBA career high with 30 points Saturday to steer the Washington Wizards to a 138-118 win over the Orlando Magic.

Hachimura led all scorers, shooting 13-of-22 from the field, including 3-of-5 from deep, while also logging five rebounds and two blocks without a turnover.

Coming off the bench, Hachimura went scoreless in the first quarter before sparking to life in the second, scoring 10 points in a six-minute stretch. He continued scoring freely in the remainder of his 30 minutes on the floor.

Hachimura, who will become a restricted free agent in July, was reported Wednesday by the Athletic to have been made available by the Wizards in trade discussions. 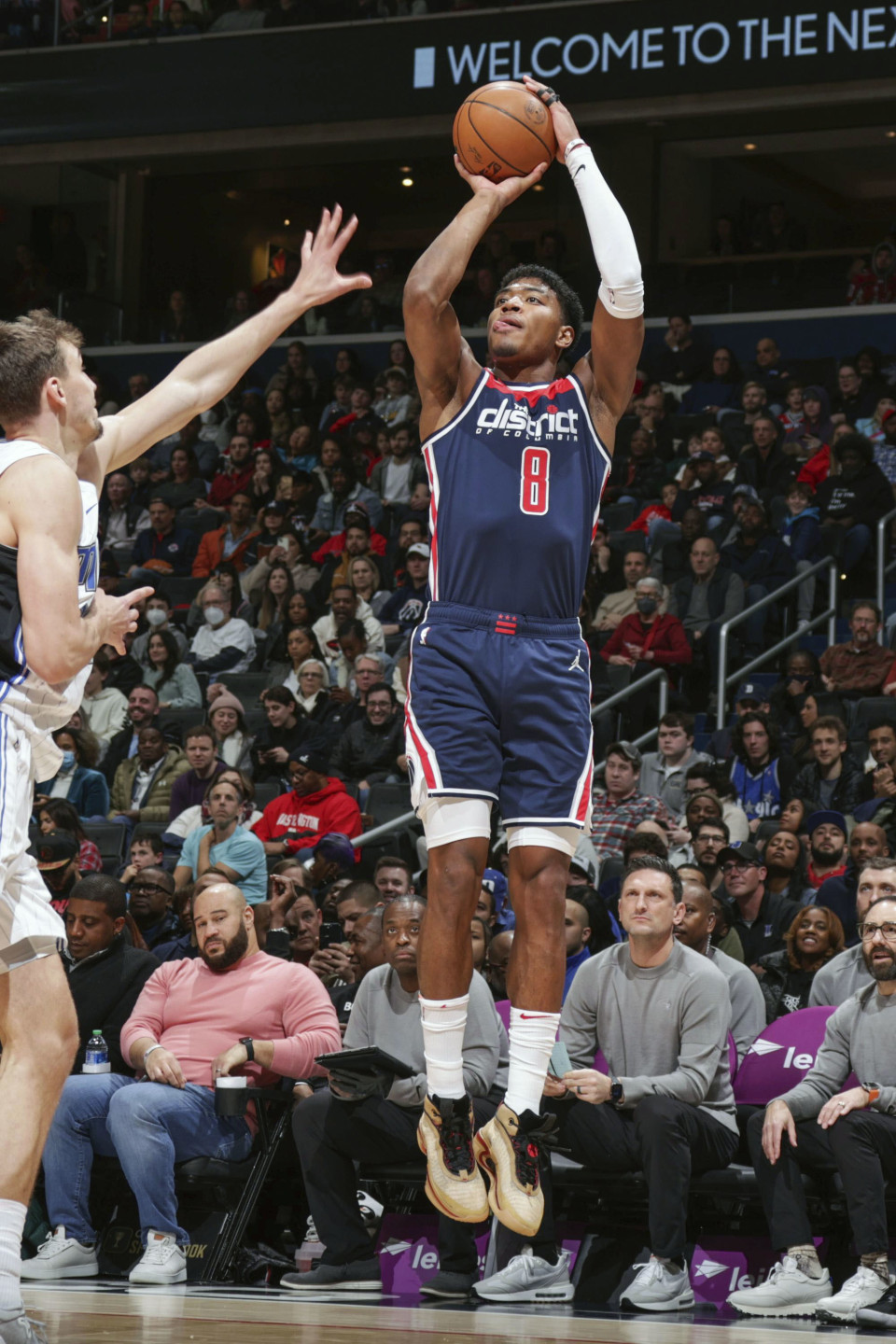 Rui Hachimura #8 of the Washington Wizards shoots a three-point basket during the game against the Orlando Magic on Jan. 21, 2023, at Capital One Arena in Washington. (Copyright 2023 NBAE)(NBAE/Getty/Kyodo)